The whole known world at the time is the setting for the Antony and Cleopatra play. It moves rapidly around the Roman Empire, mainly in Alexandria and Rome, which represent two entirely different views about life. The setting is one of the most important aspects of the play as Antony’s life journey shifts between the two viewpoints as, confused, he advances from a hard, ordered, regularised, sterile Roman to a softer, more feminine, emotional life. Read more on Antony and Cleopatra settings

Genre classification: Antony and Cleopatra  is a Roman Play. It is also usually categorised as a tragedy.

Main Characters in Antony and Cleopatra:  Antony is a Roman general and a member of the Triumvirate that rules Rome, together with Octavius Caesar and Lepidus. During the play he embarks on a political marriage with Caesar’s sister, Octavia. Cleopatra is the beautiful Egyptian queen with whom Antony falls in love. At the end of the play, their relationship having become impossible, they both commit suicide.

Pompey, the son of the Roman hero of the same name, is the leader of the rebellion against the Triumvirate. Enobarbus is Antony’s friend and a senior officer in his army. He deserts Antony but commits suicide out of guilt and remorse.

Eros is the devoted freed slave of Antony. He kills himself when ordered by Antony to kill him. Scarus, Decretas, Ventidius, Demetrius and Philo are Antony’s friends and officers in his army. Silius is one of Ventidius’ officers.

Themes in Antony and Cleopatra: The main theme of this play is the enduring nature of love. In spite of all the difficulties, the pair are united eternally in death.

Another major theme is personal development. Antony journies from being the hard, businesslike Roman politician to the rounder, more aware, more spiritual human being, redeemed by the power of love.

Other themes are loyalty, friendship and judgment.

See All Antony and Cleopatra Resources 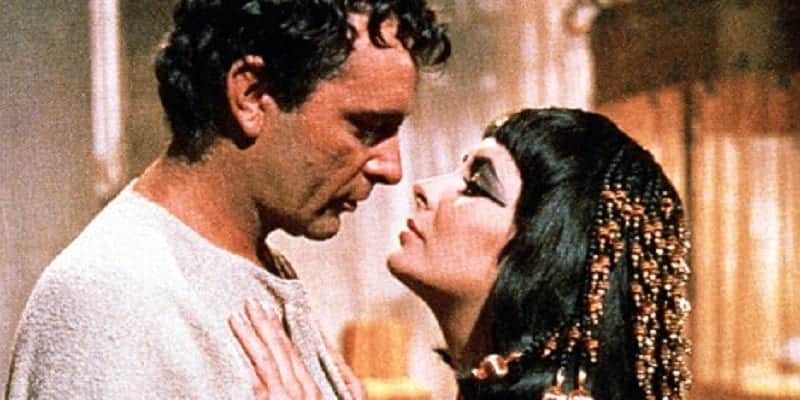 Antony and Cleopatra on screen