7 Things About Shakespeare No One Told You At School

You are here: Home1 / Welcome To The No Sweat Shakespeare Blog!2 / Historic Shakespeare3 / 7 Things About Shakespeare No One Told You At School
Written by Jennifer LockmanJennifer is a passionate, custom essay writer with 5+ years of experience. She sees writing as an opportunity to express yourself and bring value to the world, so in her spare time, she writes for pleasure and shares her work online.

Shakespeare had a massive impact on the English language, and his works are still admired even today, 400 years after his time.

As a student you probably studied his work in quite a lot of detail, paying particular attention to his sonnets and plays where he talks about the most powerful feeling in the world – love. However, there are lots of interesting and unusual facts about Shakesperare that we bet they didn’t tell you about at school. Here are seven of them:

1. The Way We Spell His Name Might Be Wrong

There are many records about Shakespeare and his works, but most of them have different theories on how the playwright’s name should be spelled. The reason why it is common to refer to him as “Shakespeare” these days is that this spelling was the most common in historical records. However, there were also other variations like “Willm Shakp,” “Wm Shakspe,” and others. And there is no way to be sure here as the playwright never actually used the spelling “Shakespeare” when signing his works.

2. He Changed the English Language

One well-known fact about Shakespeare is that his vocabulary was massive. There are even specialized dictionaries that focus on explaining and defining only the words Shakespeare used in his works.

According to recent estimates, the playwright introduced around 3,000 words into the English language. However, most of them are archaic, which means that they are no longer in active use. Nevertheless, even now, 400 years after Shakespeare walked the earth, there are still some words and phrases of his making that people use every day. Among them are “love is blind,” “break the ice,” “faint-hearted,” and “heart of gold.” So next time you hear these words, you will know where they come from.

3. No One Knows For Sure When Shakespeare Was Born

As with many other people at the time, Shakespeare’s date of birth was not recorded anywhere, at least those records do not exist anymore. In terms of proved facts, there are documents that give reasons to believe that Shakespeare was baptized on April 26th, 1564. According to the local religious tradition, it was customary to baptize children on the third day from birth. That’s why many scholars assume that the renowned playwright was born three days earlier, on April 23rd.

4. There Is One Play That Never Gets Performed

It feels like every piece Shakespeare ever wrote has been somehow presented to the world: through movies, plays, songs, operas etc.

Undoubtedly, the people who love and cherish his work would be delighted to learn that there is one piece of writing that has not been exposed to the public eye yet. Rumor has it that there is a lost play called “Cardenio,” which used to be performed in England, but since there is no known copy of the play, modern society hasn’t experienced this work of art. There is only the hope that one day the copy will get uncovered, and Shakespeare’s fans will get to experience the playwright’s imagination once again.

5. He Was Practically The Only Literate Person In The Family

Shakespeare’s language and eloquence have been admired by literature lovers for centuries. No doubt, the playwright had an indisputable and somewhat overwhelming talent for his native language. However, not that many people are aware of how hard it was for him to get to that point: most of his family members were illiterate, so he didn’t really have someone to look up to in the family. It wasn’t out of the ordinary, though, most people were illiterate back in those days. What is confirmed is that his parents were definitely illiterate as his father always signed his name by simply putting a mark. It is also believed that neither his children nor his wife could write or read.

As a high school or a college student, you will probably get to write a lot of essays on Shakespeare’s works. It is also quite possible that it is somewhat difficult for you to interpret and analyze his language, considering how complex and unusual his vocabulary was. If that’s the case, do not hesitate to reach out to essayservice.com and have a professional writer help you out with the assignments.

6. There Were Some “Lost Years” In Shakespeare’s Writing Career

There is a period in Shakespeare’s life that scholars have been unable to identify as seemingly no new works have been written. It was somewhere between 1578-1582 and 1585-1592, as records from that time are missing.

Naturally, a lot of theories have already been concocted to explain it. Among the most popular ones are suggestions that he spent that time working as a school teacher in Stratford-upon-Avon, the place where he was born. Other reports suggest that he spent that time being a soldier, working as a lawyer’s clerk, and even a butcher. Local word of mouth claimed that he fled to London after poaching deer. Read more about Shakespeare’s lost years.

7. There Are No Living Direct Descendants of the Playwright

According to Shakespeare’s biography, he had three children, Susanna, Hamnet, and another daughter, Judith. Susanna was married in 1607 and had a girl named Elizabeth. Also, Elizabeth was married more than once; she didn’t have children. Judith got married in 1616 and had three sons, but all of them died before they were able to get married or have children of their own. So this is where the line stopped. However, there are many descendants of Shakespeare’s sister, Joan Hart. 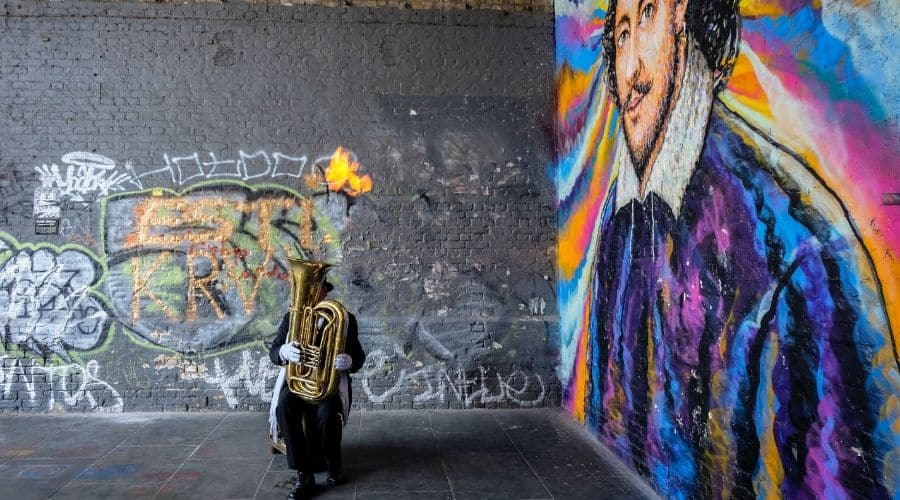 Guest Blog Post by Jennifer LockmanJennifer is a passionate, custom essay writer with 5+ years of experience. Thirst for knowledge, can-do attitude, and attention to detail make her writing excellent and effective. Her specialties include marine biology, biology, chemistry, history, English, engineering, business, accounting, politics, and management. Her essays are always well-researched and properly cited. She sees writing as an opportunity to express yourself and bring value to the world, so in her spare time, she writes for pleasure and shares her work online.
0 replies

Is There Really A Hidden Meaning Behind Shakespeare’s Poems?
Scroll to top