You are here: Home1 / Welcome To The No Sweat Shakespeare Blog!2 / Shakespeare Today3 / Amplifying Diversity: 10 Pieces of Shakespearean Scholarship By Black ...

People all around the world are rising up in support of oppressed voices this week, and that includes the world of Shakespearean performance and scholarship.

On May 26th, Shakespeare’s Globe in London released an article called “Anti-racist Shakespeare” by Professor Farah Karim-Cooper. The Stratford Festival in Canada just hosted a live stream event called “Black Like Me, past, present and future: Behind the Stratford Festival Curtain.” And then you have Twitter accounts like @Wwm_shakespeare, who is tweeting Shakespeare quotes relevant to the current protests (“Do me right; or I will protest your cowardice,” reads one).

In solidarity with these actions, and in a world of Shakespearean scholarship often dominated by white voices, here is a list of 10 books, articles, and podcasts by black scholars that you can read/listen to today.

*Note: Click on the title or image for more information. Most of the links provided for books are through Amazon. While Amazon is convenient and globally accessible, please consider looking up these titles through your local independent bookstore to see if you can purchase them there, instead.

Written for anyone from Shakespeare scholars to actors to activists, this groundbreaking work by author, professor, and scholar Ayanna Thompson asks the hard questions about modern America’s construction of race and its relationship to Shakespearean performance. These include critical discussions of Shakespeare’s “universality,” whether or not Shakespeare programs are a useful tool for some communities of color, and how Shakespeare can be better fitted to a modern, diverse audience. 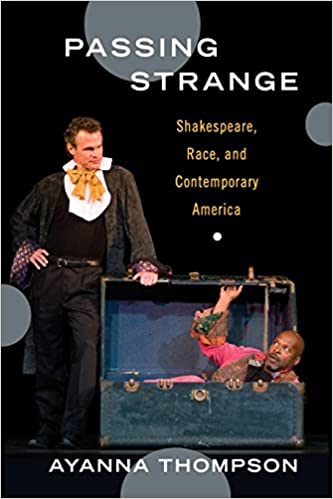 Examining a similar question from across the pond, editor Delia Jarrett-Macauley has compiled a wide range of essays covering race in modern Shakespearean performance. She specifically examines how Asian and Afro-Carribean actors are cast by white directors and “who has the power to transform Shakespeare.” Some essays include “The Bard abroad in Africa” by Eldred Durosimi Jones, “The black body and Shakespeare: conversations with black actors” by Michael McMillan, and more. 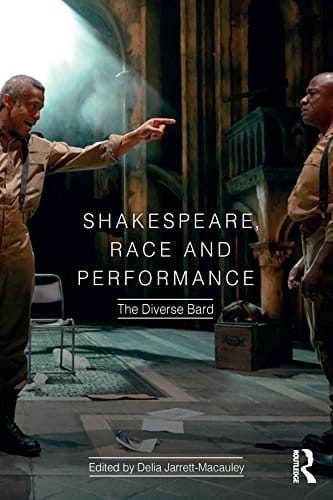 The Oxford Handbook of Shakespeare and Embodiment: Gender, Sexuality, and Race, edited by Valerie Traub

This book is a massive collection of over forty scholarly essays looking at Shakespeare through a staggering number of lenses, including (but certainly not limited to) feminism, queer theory, race studies, and postcolonial studies. Though the book is edited by a white woman, it contains a section called “Race and Ethnicity in Local and Transnational Contexts,” which includes essays by black scholars such as “The Textile Black Body: Race and ‘shadowed livery’ in The Merchant of Venice” by Ian Smith, “Bruised with Adversity: Reading Race in The Comedy of Errors,” by Patricia Akhimie, and more.

Read the abstracts of essays in the book for free >> 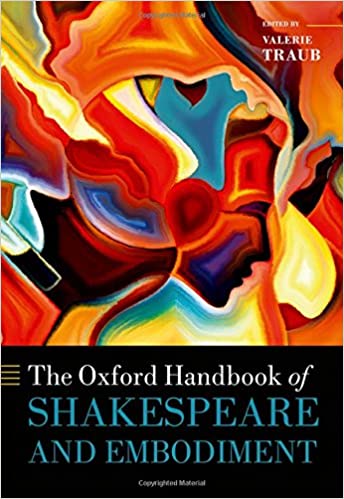 Another collection of scholarly essays, this text asserts that source studies continue to shape the way that Shakespeare is perceived in modern culture. The book takes a thoroughly modern positioning by examining how digital technologies may help to reposition our view of Shakespeare’s original sources and how they may influence our understanding of early modern gender, race, and class relations. 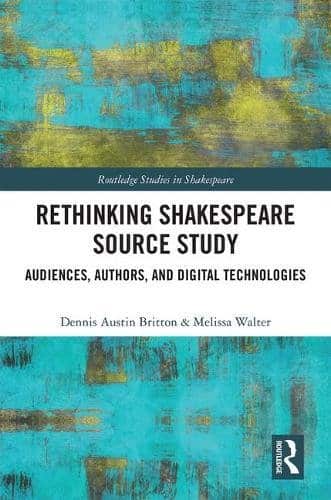 Things of Darkness: Economies of Race and Gender in Early Modern England by Kim F. Hall

This work of historical inquiry isn’t specific to Shakespeare, but is a fascinating study of the language surrounding blackness in Renaissance texts and culture. Author Kim F. Hall interrogates the way that racial and gender tropes of the time contribute to modern white identities by looking into the “literary portrayal of blackness.” Some of the works she investigates include Shakespeare’s Antony and Cleopatra and The Tempest, Ben Jonson’s Masque of Blackness, Leo Africanus’s History and Description of Africa, works by various poets, and an appendix of often-undiscussed early modern poetry about blackness. 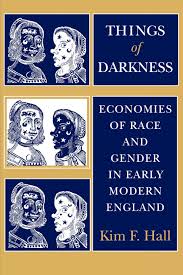 Shakespeare and the Cultivation of Difference: Race and Conduct in the Early Modern World by Patricia Akhimie

This work contrasts characters like Othello and Iago, the Dromio(s) and Antipholuses (Antipholi?) of Syracuse and Ephesus, and more to investigate the social advancement of privileged individuals who profit off of the subjugation of others on the basis of other-ness (including race). Author Patricia Akhimie examines how the violence of upward mobility is showcased and critiqued in Shakespeare’s works, and how that system feeds into racism today. 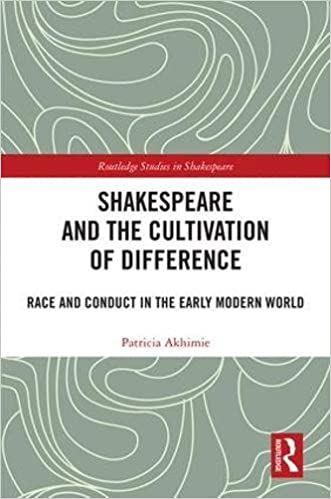 Hendricks’s essay delves into the racial identities discussed in Midsummer, mainly through the mixed identities of Bottom and the voiceless changeling Indian boy that Titania adopts. She asserts that, until the elements of race and colonization are examined in performances of the play, “productions of A Midsummer Night’s Dream may be destined to rehearse endlessly a racial fantasy engendered as part of imperialist ideology.”

Author Dennis Austin Britton argues that Othello builds on religious and romantic tropes of the early modern period. He examines Iago’s cruelty against Othello through the lens of religious identity and the genre of romance. Britton proposes that Iago attempts to strip Othello of his Christianity and re-“turn” him to “what is presumably his prior Muslim faith,” which acts as a kind of reversal from Shakespeare’s source text for the play.

NOTE: to support researchers during COVID-19, JSTOR is providing free read-online access for up to 100 articles *per month* until December 31st, 2020. Just sign up on the site!

Podcast: “Teach Him How to Tell My Story: Shakespeare and Blackface.” Interview with Ian Smith and Ayanna Thompson. Shakespeare Unlimited: 50.

Scholars Ayanna Thompson and Ian Smith (both of whom are featured elsewhere on this list) are interviewed for the Folger Shakespeare Library’s Shakespeare Unlimited podcast series. They discuss Smith’s argument that the famous handkerchief in Othello was dyed black, and what that can tell us about both Othello and practices of blackface on the Elizabethan stage.

Recording of Margo Hendricks’ opening lecture for the Folger Shakespeare Library’s “Race and Periodization” symposium, entitled “Coloring the Past, Rewriting Our Future: RaceB4Race.”

Margo Hendricks’s engaging and informative talk takes a bit of a different angle than the rest of the works on this list – rather than analyzing Shakespeare or history directly, she focuses on discussing the world of Shakespearean studies and the problems she currently sees in scholarly discussions of race in the early modern period. She centers this discussion around the distinction between premodern race studies (PRS) and premodern critical race studies (PCRS) – in short, the difference between performative wokeness in race studies and an activist’s discussion of systemic oppression in race studies.

Do you know of any other great works of Shakespeare scholarship by black and ethnic minority authors we can add to this list? Please let us know in the comments section below!

A Brief Note On Riots And Shakespeare