You are here: Home1 / Welcome To The No Sweat Shakespeare Blog!2 / Random Fun Stuff3 / Is Film Star Anne Hathaway Really A Reincarnation Of Shakespeare’s Wif...

Here at No Sweat Shakespeare we are very busy dealing with questions and comments. They are usually to do with students’ homework and assignments.

However, sometimes we get questions that we can’t answer without dignifying a minority cultural practice of believing whatever one likes without regard to reality or the truth. In that tradition, you can make something up, broadcast it on social media, and know that a number of subscribers will believe it. Once it attracts a few thousand believers it will gain ground and become an established fact among a large section of the social media population. It will become what the rational and sane call a conspiracy theory.

It is in that way that the idea is taken up. And then there has to be some grounding in fact to allow its adherents to argue its case. And so it is built up with “evidence.” Those promoting it will use real facts, half facts, and co-incidences to give it credence.

There is a conspiracy theory that the moon landing in 1967 was a hoax and that the landing was contrived in a film studio. One argument is that the American flag seems to be influenced by some kind of wind, which we don’t find on the moon.

One of the silliest conspiracy theories is the one that developed recently concerning the film star, Anne Hathaway and her husband, Adam Shulman. 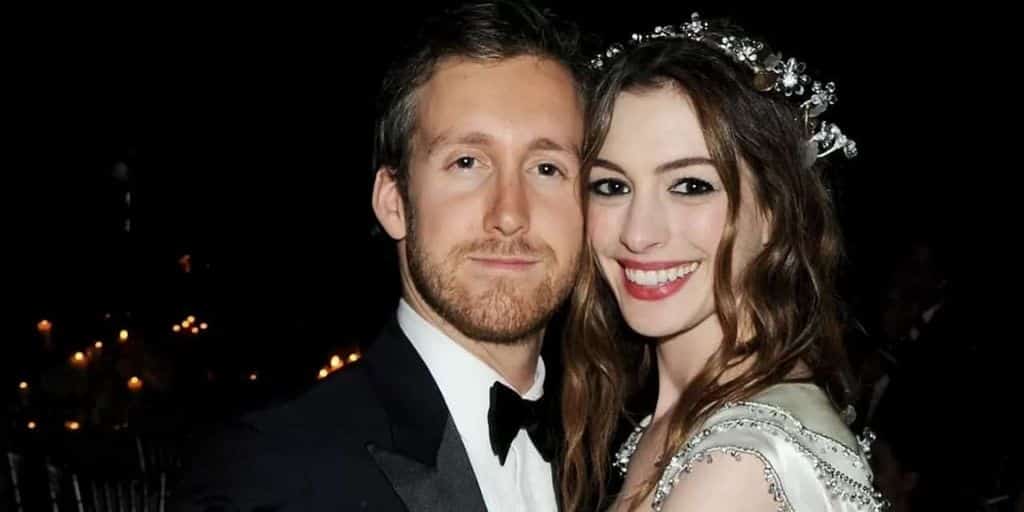 No Sweat Shakespeare is frequently asked whether it is true.

The answer is, of course not, but those who peddle the theory have plenty of “evidence”. Their case for this theory is:

Unfortunately, we don’t have a picture of Mistress Shakespeare but the weird thing is that if you look at images of Adam Shulman and some portraits of Shakespeare side by side, you could be convinced that they are the same person. If you subscribe to the conspiracy theory, that is. 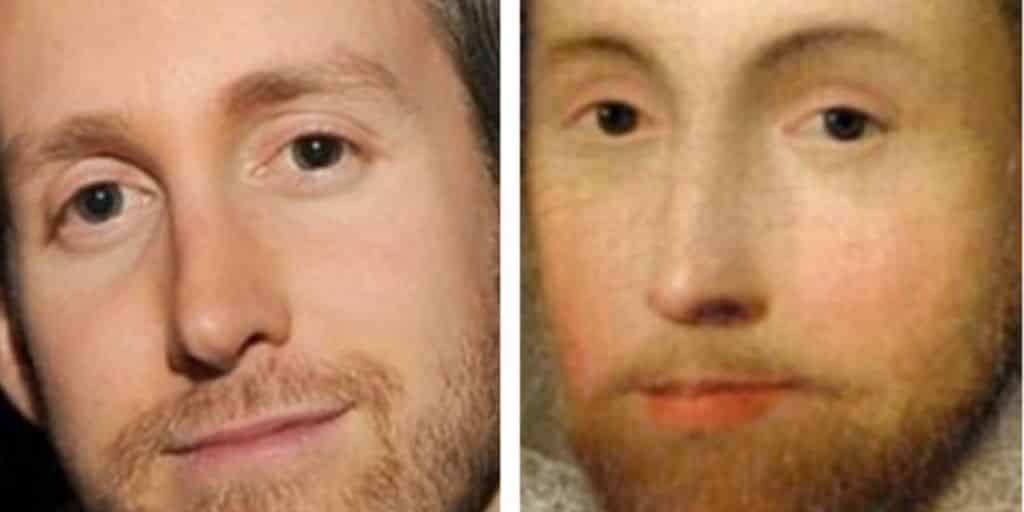 Belief in this theory is ridiculous, in fact. If you do believe it, it means that you accept the principle of reincarnation. You would have to if you think Anne Hathaway and Adam Shulman are reincarnations. If you were a Christian or a Jew or a Muslim you would have to abandon your religion and take up one of those that place reincarnation at its centre. You can’t have it both ways!

Some people immerse themselves fully into the theories that attract them. You can take the theory anywhere. Regarding the Anne Hathaway and William Shakespeare theory there is the widespread view that the pair came back to make up for Shakespeare’s big mistake, which was to abandon Anne and spend most of his married life away from her, working in London. So now they have come back to be together.

Some go further. To them, obviously Anne Hathaway is a vampire. This is a strong theme on Twitter. She is a vampire with magical powers. She was buried for four hundred years. Released from her grave, though, she set about conducting rituals to bring about the reincarnation of her husband.

There you are then. Two conspiracy theories for the price of one.

What’s your take on this conspiracy theory? Let us know in the comments section below!