Did Shakespeare Have Plastic Surgery?

You are here: Home1 / Welcome To The No Sweat Shakespeare Blog!2 / Life & Times3 / Did Shakespeare Have Plastic Surgery?

The answer is no, Shakespeare didn’t, but his (possible) illegitimate son did!

We are frequently taken by surprise when learning of some of the ancient technology discovered by archaeologists, such as air conditioning and central heating in Roman houses. Those are imaginable when we realise that passing hot water under the floor, or building in such a way as to allow breezes to blow efficiently through the rooms, are perfectly logical arrangements that require no power other than human sweat.

But what about such things as tooth fillings? Dentists in Rome? Yes, indeed. And it was a common practice judging by the cement-like fillings in the teeth of skeletons unearthed in Roman burial sites. Also quite logical. A hole in a tooth? Why not fill it with something that will harden as it dries? And no drilling!

The Indian surgeon, Sushruta, was the first to perform nasal reconstruction, in around 500 BC, as mentioned by Celsus in his writings. A German barber-surgeon, Pfoslpeundt (c.1460), later picked up the idea and made a name for himself in the field. There was a demand for nasal reconstruction in these times, as one of the many unpleasant things that happened to you when you contracted syphilis was that your nose fell off.

Enter Sir William D’Avenant, one of the most well-known men in seventeenth century London. He is more famous now as the man who, jokingly referred to himself as the illegitimate son of William Shakespeare, who had been a regular visitor at his parents’ inn in Oxford as he commuted between London and Stratford. Shakespeare always stayed there, before William D’Avenant’s birth and in the following years until he died, when William D’Avenant was twelve years old.

William D’Avenant, like his parents’ famous friend, grew up to be the man at the center of the London theatre world,. He became a playwright and also, like Shakespeare, a great theatre manager, making his Duke’s Theatre in Lincoln Inn Fields one of the most successful theatres in English theatre history.

He was also very popular, especially among women. He had a story to tell about his life. In the first place, he was a celebrity playwright – everyone knew and enjoyed his plays. A staunch royalist; he had been a diplomat and soldier, a favourite of Charles I and doted on by Queen Henrietta Maria, who named him poet laureate on the death of Ben Jonson. He was imprisoned several times and even sentenced to death at one point. And then there was the story he told about William Shakespeare.

His popularity among women is interesting given that William D’Avenant had no nose, and that everyone knew that it had fallen off due to syphilis.

There were quite a few men in that condition. One saw them everywhere, wearing a nose fashioned from leather and attached to glasses or tied around the face. The wealthy had them made of silver or gold.

Tagliacozzi, an Italian surgeon picked up the idea of nose reconstruction from the Germans and began advertising himself widely. His fame spread widely and he was called in consultation with many princes and other illustrious persons. He died in 1599, in Bologna, at the height of his fame, by which time his technique had spread to England.

Early attempts at reconstruction had largely failed because the implants taken from the upper arm included muscle as well as skin. But Tagliacozzi was more successful because he used only skin. It was his technique that migrated to England and which practitioners used. The surgeon would raise a piece of skin from over the biceps, stitch one end of the face, immobilize the arm for at least three weeks, during which time the arm would be strapped to the patient’s head, and he had to work, eat sleep and go about his life with his arm strapped to his face. Then the surgeon would cut off the connection between the flap and the arm, and mould the implant into the shape of the nose. It would become weathered in time and could end up looking not so bad, although it would grow hair and have to be shaved! 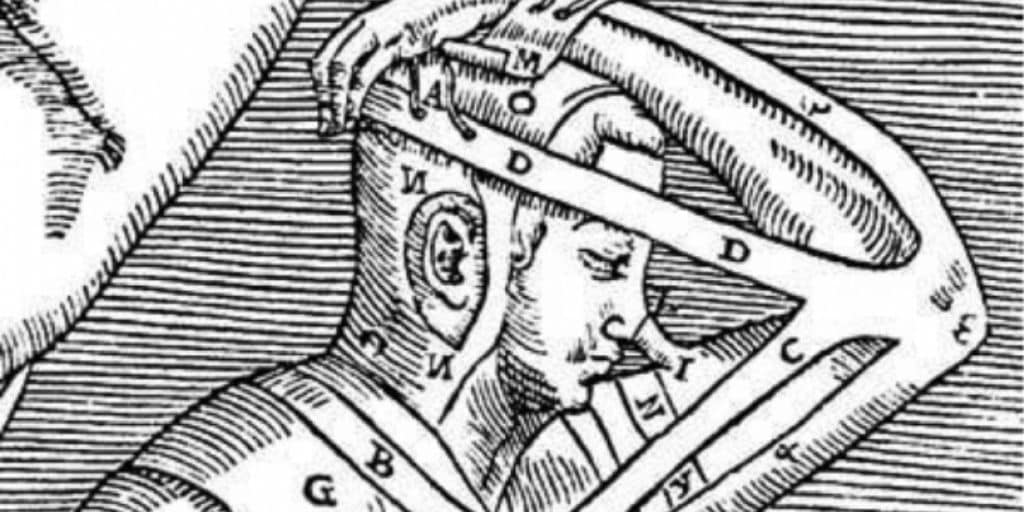 Those who were prepared to risk infection or failure rather than wear a false nose were able to find surgeons who would treat them. And that’s what Sir William did.

If you look at the only portrait we have of Sir William (below) you will see that the artist was making the most of a bad job, giving him a token nose. But clearly, the nose job had been a failure. So Sir William, fortunately, the very definition of self-confidence, charm and good company, continued to be admired and liked and fussed about by the ladies – even sans nose.

D’Avenant’s nasal situation prompted ridicule from his peers but because of his popularity, it was lighthearted and done without malice. It seems that he took both the nose and the comments in his stride. 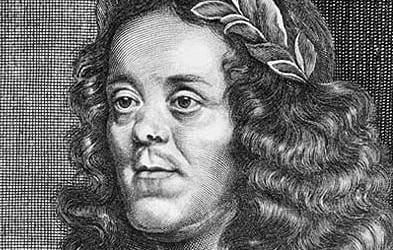 One of his great friends, the poet Lady Hester Pulter – Dublin-born noblewoman –  wrote a playful letter to him, in verse. In this poem she offers her own body as a source for a nose in a renewed effort to make a nose for him. Here it is in full:

To Sir William D.[avenant], Upon the Unspeakable Loss of the Most Conspicuous and Chief Ornament of his Frontispiece

Or like a dial and no gnomon;
In pity (trust me) I think no man
But would his leg or arm expose
To cut you out another nose;
Nor of the female sex there’s none
But’ld be one flesh, though not one bone

I, though unknown, would slight the pain
That you might have so great again.
Nay, any fool, did he know it,
Would give his nose to have your wit,
And I myself would do the same,
Did I not fear ’twould blur my fame

I, as once said a gallant dame,
My nose would venture, not my fame;
For who but that bright eye above
Would know ’twere charity, not love.
Then, sir, your pardon I must beg;
Excuse my nose, accept my leg

But yet, be sure both night and day
For me, as for yourself, you pray;
For if I first should chance to go
To visit those sad shades below,
As my frail flesh there putrefies,
Your nose, no doubt, will sympathize.

But this I fear: lest that blind boy
Which fate descends (yet such a toy
May take the chit) should shoot again,
Then the next loss would be your brain.
Some coy young lass you might adore,
Which would prefer some base Medore,

And all your wit and titles slight:
Embrace a page before a knight.
Then should some noble-minded friend,
Astolfo-like, to heaven ascend,
And having searchéd near and far
And found your most capacious jar,

Then being, with joy, returned again
You could not then snuff up your brain:
Though all your strength you should expose
You want the organ called a nose.

Prodigious, the knight remains
Without or nose, or fame, or brains.
Then a bold ordinance struck the title off;
Thus the proud Parcaesit, and at us scoff.
What now remains? The man at least?
No, surely nothing left but beast.
Then royal favor glued it on again,
And now the knight is bow-dyed and ingrain

Then trample not that honor in the dust
In being a slave to those are slaves to lust.

12 Questions About Shakespeare You Wanted Answered
Scroll to top