50 Shakespeare Words That Have Evolved To Mean Something Very Different

You are here: Home1 / Welcome To The No Sweat Shakespeare Blog!2 / Historic Shakespeare3 / 50 Shakespeare Words That Have Evolved To Mean Something Very Differen...

The English language is changing all the time, or perhaps it is better to say it is developing. At any rate, it is moving. If you were to come back in 400 years’ time people would still be talking English as their mother tongue but in any attempts you made to join in with conversations you would find yourself misunderstanding things the other participants said, you would make them laugh at the way you said some things, and there would be words and phrases that you had never heard.

If Shakespeare were to come back today he would find himself in the same situation. Although he would understand you there would be some things he would find puzzling, and he’d have to take some time to work out what quite a lot of what you said meant… even though Shakespeare was the man who developed early modern English, introducing more than 1,700 words to the English language, and making up any number of phrases and sayings still commonly used today.

The last fifty years have probably brought more changes to the English language than any other period in history. Globalisation and the influence of other cultures and the languages that go with them is one thing, but even more influential is the new technology and the new language that has been invented to talk about it and use it.

Some new words come into English and some words disappear from usage, like those for trades that have disappeared, such as ‘cooper’, ‘chandler’ ‘wainwright’ but that still exist as surnames. Others completely disappear: although some societies still use the word ‘kin’ to refer to relatives, we have lost the word ‘kith,’ meaning friends and acquaintances. Some words get hijacked and used for something completely different, like ‘gay’ which within the living memory of the 21st century elderly, meant light-hearted or carefree, now means only one thing – a homosexual person.

In Shakespeare’s plays we encounter numerous recognisable words, but which meant something different in Shakespeare’s time. For example, when Shakespeare refers to someone as a ‘cunning’ fellow we are tempted to think he’s describing someone deceitful as the word has a negative connotation in modern English, but in Shakespeare’s time cunning simply meant clever, quick and sharp, without the negative connotation. We get that from the context. Or when we talk about Shakespeare we say he retired to Stratford, and when we give up our careers we say that we have retired – but Shakespeare would never have used the word ‘retire’ in that way. In his time, retiring simply meant going to bed. Here again, we get that from the context.

Here’s a list of some of the more common words used by Shakespeare that have evolved over the 400 years since he was alive, along with their modern day meaning: 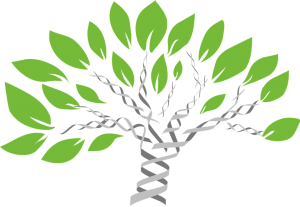 How words can evolve…