You are here: Home1 / Welcome To The No Sweat Shakespeare Blog!2 / Random Fun Stuff3 / Fires of Invention Deck

Before Shakespeare’s play Henry V opens an actor, as the Chorus, comes on to the stage and introduces the play. This is where we find the three words fire, invention and deck in the same speech. 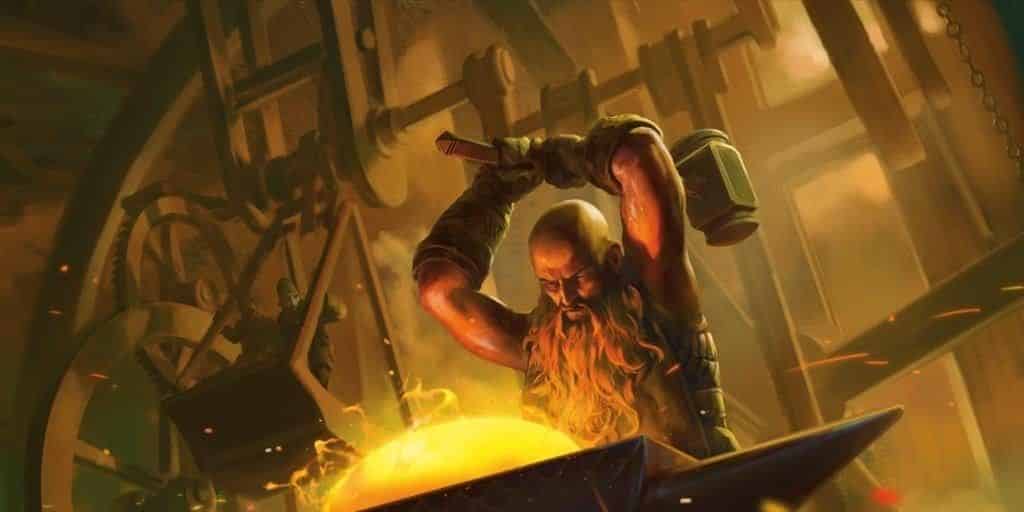 The Chorus is a device Shakespeare used frequently. It is something he took from ancient Greek drama: the Chorus makes statements about the nature of the play, and comments on the action as the play progresses. When the plays were performed by Shakespeare’s own company, it would have been Shakespeare himself who played that role.

In the prologue of Henry V the Chorus  apologises for the play’s not being real life. “These are not real kings and queens,” he tells the audience: they are actors, and only if they could be real they would be able to capture the greatness and glory of King Harry.

He begs forgiveness for the theatre company’s insolence in daring to act out so great a story on this humble stage. Can the sweeping fields of France be represented on it, and could the scary-looking helmets of thousands of soldiers fighting at Agincourt be squeezed into this little theatre? Certainly not. But the actors can tell this great story by working on the audience’s imagination. Multiply each actor playing a soldier by a thousand and they’ll have an army. When the actors talk of horses, imagine them treading the soft soil of the battlefield. And it’s the audience’s thoughts that must equip the kings and move them from place to place. Their imagination must leap over huge spans of time, squeezing years into the space of a few hours. He asks, finally, that the audience judge the play kindly.

O for a Muse of fire, that would ascend
The brightest heaven of invention,
A kingdom for a stage, princes to act
And monarchs to behold the swelling scene!
Then should the warlike Harry, like himself,
Assume the port of Mars; and at his heels,
Leash’d in like hounds, should famine, sword and fire
Crouch for employment. But pardon, and gentles all,
The flat unraised spirits that have dared
On this unworthy scaffold to bring forth
So great an object: can this cockpit hold
The vasty fields of France? or may we cram
Within this wooden O the very casques
That did affright the air at Agincourt?
O, pardon! since a crooked figure may
Attest in little place a million;
And let us, ciphers to this great accompt,
On your imaginary forces work.
Suppose within the girdle of these walls
Are now confined two mighty monarchies,
Whose high upreared and abutting fronts
The perilous narrow ocean parts asunder:
Piece out our imperfections with your thoughts;
Into a thousand parts divide on man,
And make imaginary puissance;
Think when we talk of horses, that you see them
Printing their proud hoofs i’ the receiving earth;
For ’tis your thoughts that now must deck our kings,
Carry them here and there; jumping o’er times,
Turning the accomplishment of many years
Into an hour-glass: for the which supply,
Admit me Chorus to this history;
Who prologue-like your humble patience pray,
Gently to hear, kindly to judge, our play.

There are multiple themes common to Shakespeare’s plays, and one of them is the idea that life is like a play, and that people going about their happy or tragic business are like actors on a stage. We see that in several other plays.

As You Like It has the melancholy Jaques making one of Shakespeare’s most famous speeches, “All the world’s a stage,” in which he outlines the different stages of a human being’s life, from birth to death. The implication is that each stage is a character being played by an actor on a stage.

In Macbeth Macbeth becomes depressed. He has failed, and ruined everything with his ambition. In his soliloquy, “Tomorrow and tomorrow and tomorrow, creeps in this petty pace from day to day” he compares someone expressing himself passionately to an actor on the stage who makes passionate speeches and then goes home to his real life. Such passion is all sound and fury and is meaningless.

Cleopatra, in Antony and Cleopatra, refuses to be taken prisoner by the Romans and prefers to commit suicide. She doesn’t want to see the love affair between her and Antony played out on the stage.

“Antony
Shall be brought drunken forth, and I shall see
Some squeaking Cleopatra boy my greatness
I’ th’ posture of a whore.”

She’s referring to the fact that female roles were played by boys in the Elizabethan theatre. The audience would have loved that as it would, in fact, have been a boy saying those lines in performances of Antony and Cleopatra. She’s imagining having to watch their great love affair being presented by an actor playing a drunken Antony and her looking ridiculous, her words spoken by a boy whose voice is in the process of breaking.

William Shakespeare and the Earl of Southampton

Banishment in Shakespeare
Scroll to top