You are here: Home1 / Welcome To The No Sweat Shakespeare Blog!2 / Reviews3 / ‘Telling Tales’: Half Term Fun at Shakespeare’s Globe Thea...

Shakespeare still offers the greatest fun, of any writer, for children. The Globe Theatre confirms that with its half-term attraction, Telling Tales. On a day out to the iconic theatre a child can participate in a workshop in the morning and a story-telling session in the afternoon. And come back on a different day for a different play.

In the morning I attended the workshop for 9 to 12 year-olds on A Midsummer Night’s Dream. It’s a one-hour session, and pretty intensive, with fun for the kids, but also, if any of them take it for more than fun and are able to appreciate the educational intention and lasting value of the exercises they would have seen how ‘special’ Shakespeare’s use of language is.

After some warm-up games the convenor, Sarah, handed out a sheet with the first dialogue between Oberon and Titania, where they argue about the possession of an Indian child.  Without any lecturing about its meaning or, indeed, any discussion of the aggression in the language, using guided activities, she had the kids working that out.

Her approach was influenced by the work of the legendary Cicely Berry, voice director of the Royal Shakespeare Company for forty-five years, until 2014. Berry worked with actors, exploring with them, the visceral nature of Shakespeare’s poetry – the thing that makes his dialogue connect directly with the emotions of the human beings who populate his plays. In Shakespeare words are not there simply to describe things, they are literally the thing they are describing. In the workshops that she conducted with teachers around the world Cis Berry used physical activities to explore even the deepest emotions, the technique that she had developed over the years.

Sarah asked the kids to get into pairs, then, each one taking a role, they read the scene. Then she asked them to do it again, but this time, taking a step forward while reading something aggressive and a step back while submitting. In that way, the children explored the emotions for themselves. With the time being limited to one hour there was no time for a discussion, but there was no need because the kids got it. They understood that the whole scene is nothing but aggression.

Sarah then gave them the scene where Demetrius tells Helena to leave him alone – that he doesn’t love her and again, in pairs, they used gestures to express the pleading and rejection in the language – a back and forth tugging.

A great introduction to the language of Shakespeare. The kids went away with something of his magic that will probably be with them forever. 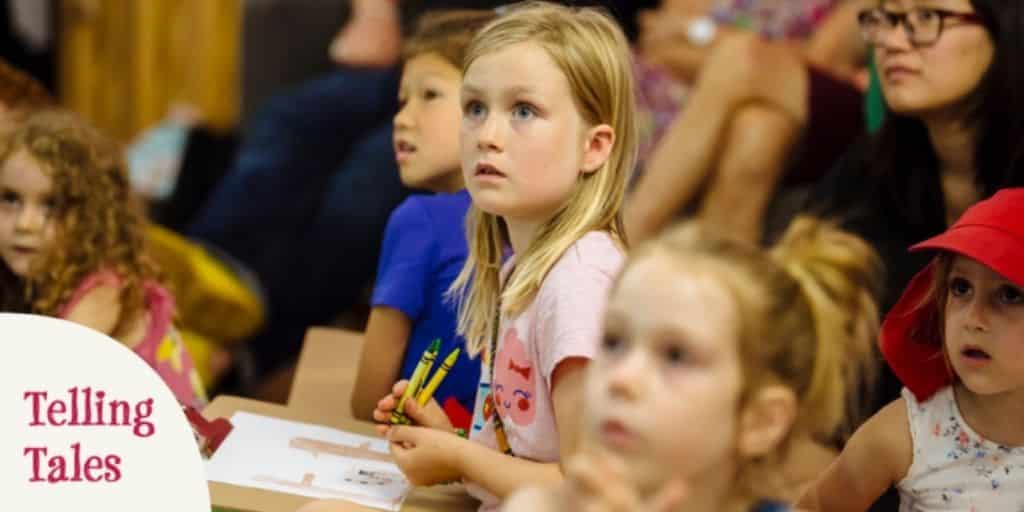 Telling Tales at the Globe Theatre

Another Sarah told the story of A Midsummer Night’s Dream in the afternoon session. The shortest way of describing her storytelling is ‘great.’ Some of the kids were no older than 5 but she was able to hold their attention and evoke responses from them, while at the same time engaging older kids and young teenagers and explaining the complexity of the story, making it as plain and clear as anyone can. Teachers who have taught the play for years still get confused somewhere around the middle of the play.

Sarah’s method was to embellish the basic bones of the plot with references to modern life, particularly the interests of children, stopping immediately when interrupted by kids keen to add their experience, then incorporating those contributions into the telling. She moved about and took on the roles and, like Bottom, playing them all. She called kids up to do little bits of the plot and, to sum up, she was magnificent.

By the end, the children had a really good idea of a story that they are going to encounter many times during their lives, and what a start when they come to ‘do’ A Midsummer Night’s Dream in school.