The ‘Golden Age’ And William Shakespeare

You are here: Home1 / Welcome To The No Sweat Shakespeare Blog!2 / Historic Shakespeare3 / The ‘Golden Age’ And William Shakespeare

The name ‘William Shakespeare’ is associated with a golden age in English drama.

The term “golden age” refers to a period when great activity in the fields of the arts and science take place and in which great works are accomplished. The term was originally used by the early Greek and Roman poets to refer to a time when human beings enjoyed a better, purer, time, but it has been adapted for use in other areas, so you can have a golden age of tennis, or rock and roll, or comic books, or anything else. Among the giants of European cultural history the figure of Shakespeare looms large and we regard the time in which he wrote his plays as the golden age of English drama.

The golden age meets the Rennaissance

Human beings always look back, searching history for something that appears in hindsight to be better than what they currently have. Although the 21st century is a time of incredible artistic and scientific endeavour and development, we look back at a previous era, notably, the Renaissance, and label it “the golden age” of arts and science.

The Renaissance was a time when Europeans were breaking out of the cultural constraints imposed by the medieval Church. Great thinkers across Europe were courageously directing their eyes away from the face of God and turning them towards the mind, the form and the ideas of human beings in a huge humanistic movement. Artists, poets, architects, composers and scientists were challenging the old assumptions. This led to a blossoming of new perceptions in every area of cultural endeavour. The practitioners of the arts and science looked back beyond the darkness of fourteen centuries and took their inspiration from the pre-Christian, humanist qualities in Greco-Roman culture.

The Renaissance flowered right across Europe but had different emphases in the various European cultures – it was religion and philosophy in Germany, for example; art, architecture and sculpture in Italy. And in England, it was drama.

All through the Middle Ages English drama had been religious and didactic. When Elizabeth came to the throne most of the plays on offer to the public were Miracle Plays, presenting in crude dialogue stories from the Bible and lives of the saints, and Morality Plays, which taught lessons for the guidance of life through the means of allegorical action. They were primarily dramas about God and abstract things, not about people.

But now the theatre was becoming a place where people went to see, not dramatised lectures on good behaviour, but a reflection of their own spirit and day-to-day interests. They wanted to laugh and to cry – to be moved, not by divine reflection, but by human beings doing good and bad things just as they did – loving and murdering, stealing, cheating, acting sacrificially, getting into trouble and behaving nobly: in short, being human like themselves. They wanted a good story. And they wanted a good laugh.

And so, there was a chance for writers who liked telling stories, portraying fights and making audiences laugh. It was that humanising of plays that led to the transformation of English drama and the popularisation of the theatre, and it thus became a golden age of theatre.

Those of us who love Shakespeare see him as the central figure in a “golden age” of English drama, of English theatre, and English literature. And certainly, in Renaissance England, particularly during the reigns of Elizabeth I and James I, it was a remarkable time for theatrical activity. And Shakespeare was active in that theatrical surge. He was central, as a theatre owner and a writer, but there were several men just as prominent.

Play writing in the golden age

Shakespeare would not have regarded himself as the central figure of a great age of English drama. As far as he was concerned, although he knew, once he had learnt the tricks of the trade, that he was a good writer, he would never have seen himself as in any way central to a mighty European cultural surge. He would have regarded himself as an artisan hammering out plays as part of his day-to-day work rather than the artiste we see him as today. And he would not regard what was going on around him every day as some big historical tidal wave, as we see it today. To him it was a job opportunity, doing something he enjoyed and was good at, and a route to wealth, which he travelled with enthusiasm.

Playwrights were makers of plays – thus the word “wright” – in the sense that other artisans made wheels, for example, and were known as “wheelwrights.” For those writers it was a daily grind of working in small, crowded, dark rooms, sweating out plays at speed with other writers and being pressurised by their bosses to hurry. The more plays you could put on in a week, the more chance there was of filling the theatre with return customers. And the more money the theatre owners would make.

It was that circumstance that led to the extraordinary number of good plays by well trained and experienced writers tuning into the things that would please audiences. If your plays didn’t connect with ordinary citizens no-one would come to your theatre, so the cultivation of good writers able to communicate with audiences resulted in the array of outstanding plays by writers who are still famous today. Shakespeare is now, in our time, seen as central to that. But to think that if Shakespeare had never existed that wouldn’t have been a golden age of English drama and theatre is wrong. The absence of Shakespeare would have made no difference. We would still be going to the theatre today to see plays by Marlow, Webster, Ben Jonson, and several others.

Shakespeare was working in the theatre at a time when attending plays was by far the most popular entertainment in London. At a time when people didn’t all go out to work on jobs in fixed places during regular working hours, as we do today, most people sought entertainment during the long summer days. The purpose-built theatre, a new invention during the reign of Elizabeth, took London by storm as new plays were churned out and one could go to the same theatre three times in a week and see a different play each time.

Before those theatres emerged plays weren’t an everyday thing. Groups of players would perform in the houses of wealthy patrons, or in the courtyards of inns, or they would tour around the market towns. But now, with a lot of money to be made from this new fad, entrepreneurs were building theatres and employing professional actors. There was a huge demand for plays so playwrights were engaged to write them at great speed. What made it such a fruitful period was the great number of excellent plays.

More and more entrepreneurs jumped on the bandwagon and by the time Elizabeth had been on the throne for twenty years there were about twenty theatres in London for a population of two hundred thousand. Writers were needed all the time, so they were recruited and trained to write plays that would appeal to a modern, sophisticated, audience.

The two Shakespeare brothers arrived in London in 1592 and both got jobs as actors. William, aged 28, was soon attracted to the writing aspect of theatre and made friends among the writers. He was invited to join a team that was working on a new history series. It was a large group – at least a dozen – mainly writers who haven’t achieved lasting fame, but led by one who has – Thomas Nashe. And it was in that way that Shakespeare made a contribution to the writing of his first play, Henry VI Part 2. He ended up writing 20 percent of the text so the others were clearly impressed with him.

As time went by and the demand for new plays increased Shakespeare worked in many teams of writers, and later, paired up with some of the top names like George Peele, Thomas Middleton, and the Jacobean master dramatist, John Webster. And, of course, he became the biggest name of all, himself recruiting new talent and training them in play writing. After his retirement to Stratford young playwrights visited him to take advantage of his skill and experience as they followed their own ambition to make money from playwriting.

And so, looking back at a time in London when some sharp businessmen saw an opportunity and milked it for all it was worth, what we see is the flowering of drama, and because the poetry of the play texts was so magnificent, a poetic era like England has never known. Close examinations of the period led to the discovery of other poets, like John Donne, who might have remained unknown if there hadn’t been such a scholarly interest in the period, but who is now regarded as one of England’s greatest poets. And so, putting all those things together, we now see, in the seventeenth century, a golden age, not only of drama and theatre, but of literature too. 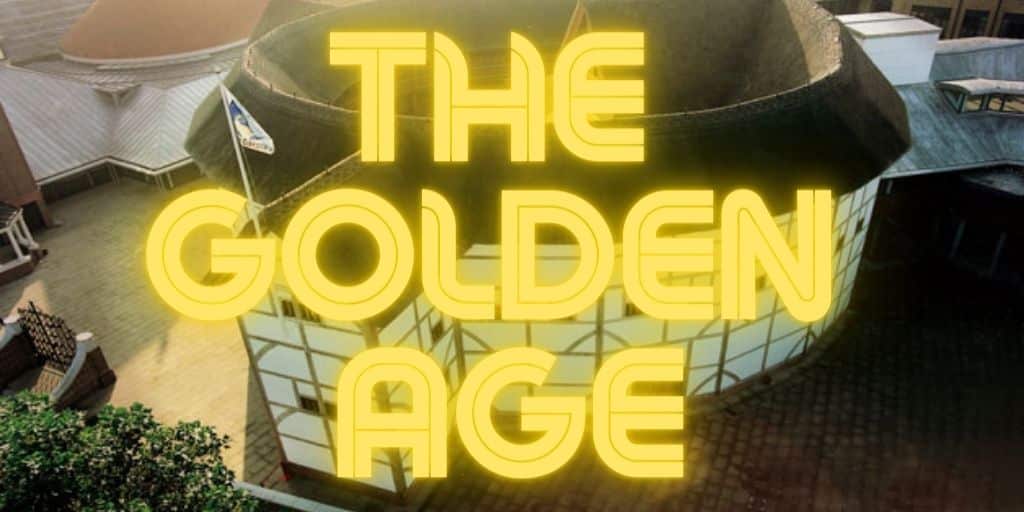 The golden age of English drama

‘Bodkin’? What Exactly Is A Bodkin?
Scroll to top