Is The Lion King based on Hamlet? To some extent, yes, though there are a number of differences too.

A word of caution, however. One cannot uproot a work of art from one place and plant it somewhere else. The creators of The Lion King might have taken the simple outline of the Hamlet plot as their inspiration to give their movie its embodiment. That said, let’s dive into an analysis of the plots to get a complete overview of the similarities – and also the key differences – between The Lion King and Hamlet.

10 Similarities Between The Lion King and Hamlet

1. A Struggle for Power

In The Lion King, Simba’s father Mufasa struggles to hold his position strongly. He is intellectually disciplined and morally true. That’s why he has several enemies. The sad fact is, one of his enemies is his brother Scar.

In Shakespeare’s Hamlet, Hamlet’s father also goes through the same political scenario in his country and gets killed by his brother.

In The Lion King, Mufasa’s brother Scar kills him by using treacherous means. In the story, he uses Mufasa’s son, Simba as a pawn to checkmate his honest brother. He succeeds.

In Hamlet, Claudius kills Hamlet’s father by using the same heinous means. In both of the cases, the action of the brothers heightens the dramatic tension and poses challenges to the rightful owner of the throne, the Prince. 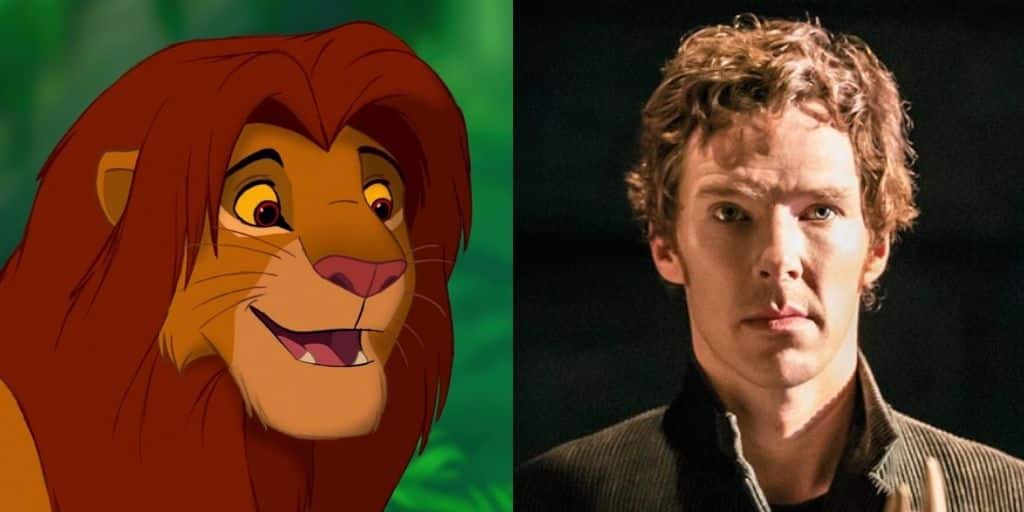 Simba and Hamlet – princes on a learning curve

In Hamlet too, the prince at first is innocent of all the incidents happening around him. When he starts to stand firmly on his ground, one by one his enemies perish.

The Jungle in The Lion King is a metaphor. It depicts the lawlessness and immorality of the place. When Scar overthrows his brother, the place turns into a real jungle. There are no rules, only lawlessness. Before that, it was a place where harmony reigned.

In Hamlet, the condition of the country can be considered to be a jungle. After the killing of Hamlet’s father, everything starts to deteriorate. Even the actions of Hamlet accelerate the effect. If the makers of The Lion King tried to depict this metaphorical jungle, they did a great job!

Like Ophelia in Hamlet, Nala plays a pivotal role in The Lion King. Nala acts like a bridge between Simba’s escape and activity. She brings her back again to his place and inspires him to firmly voice his birthright.

The story reaches its climax for the presence of the love angle. It acts as a catalyst to gear up the process of dramatic action. There is another reference to passion. In The Lion King, the passion in the heart of Simba is utilized by the main lady character, just as Ophelies does in Hamlet.

In The Lion King, Timon and Pumba sing this song with Simba it means “live carefree”. It makes Simba think like Hamlet stopped to think about his future action. In Simba’s heart, there is a burning desire to do justice to himself as well as to the jungle. There is also a sense of fear and restlessness in his heart. The song, “Hakuna Matata” heightens this tension in Simba’s heart.

Hamlet faced a similar kind of dilemma before taking some major steps in his journey. Then the moment came when he uttered this famous “To be or not to be” soliloquy. Read more about Hakuna Matata meaning.

7. Use of the Supernatural

In both The Lion King and Hamlet, the use of the supernatural can be found. Simba in The Lion King confronts his father’s ghost who tries to guide him. In Hamlet, the father’s ghost appears to put light on the hidden chambers of Hamlet’s mind. These dramatic creations use supernatural agents for two purposes: heightening the dramatic tension and speeding up the play’s progress.

In The Lion King, Simba faces a moral dilemma. When he grows up in Timon and Pumba’s carefree jungle, the dilemma comes to haunt him. He is not sure what he should do. It threatens him at the same makes his morale weak.

In Hamlet, the titular character also faces a moral dilemma. In both cases, the fight is more internal. Simba and Hamlet both won the battle with their mind first, thereafter they defeated their enemies in reality. This internal struggle is one of the major similarities between these two works.

9. The Graveyard and the Skull

The importance of the grave scene is important as it appears in two major twists of the movie. In Hamlet too, the gravediggers appear when Hamlet is about to take an important decision in the play.

The Lion King encompasses the theme of mortality to make it understandable to children. The theme may be depicted in a far more restricted manner, but it’s there.

In Hamlet, mortality, and life pose several philosophical questions to the readers as well as to Hamlet. He gets torn in between action and inaction for the presence of the theme of mortality. In this way, both of the plots are parallel.

3 Differences between The Lion King and Hamlet

The Lion King is a children’s story (though enjoyed by many adults!). If the creators had adopted the plot in totality, the movie would not appeal to young audiences. That’s why it is safe to say that The Lion King is loosely based on the plot of Hamlet.

Hamlet does not belong to children’s literature. Several issues need a critical mind to analyze and understand. A child cannot decode the complex world of Hamlet.

Simba’s relationship with his father is a lovely one to watch. Mufasa acts like a moral teacher who has no lust for power or position. They stay together in the plot. When Mufasa dies, Simba is also there.

In Hamlet, Shakespeare doesn’t project the father-son relationship in a similar way. In the story of Hamlet, his father was killed when he was not with him. There is an implied distance between their relationship.

In The Lion King, morality plays a major role in respect to the politics of the jungle. Simba also uses a trap to kill Scar but it is looked at as “poetic justice”. As it is a children’s story, the major component of the movie provides moral lessons.

While Hamlet is also a morally guiding tragedy, the depiction of politics in the play is both severe and shocking. If you are new in Shakespeare’s world, a quick fact for you. Hamlet belongs to the genre called Revenge Tragedy or the tragedy of blood, popularized by Seneca. 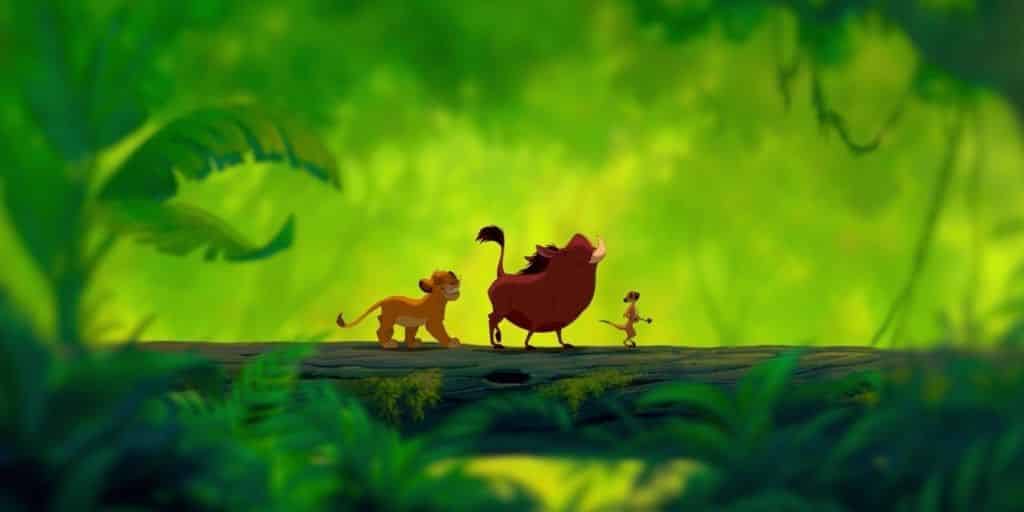 It’s a jungle out there…

After this thorough analysis, it becomes clear that both Hamlet and The Lion King are inspired creations. The Lion King is not an imitation of art, rather its creators took the story, grasped its elements, and rethought it in their own way.

So which one is better, ‘Hakuna Matata’ or ‘to be or not to be’? According to us, both are winners!

Frequently asked questions about The Lion King and Hamlet

Is The Lion King based on Hamlet?

Yes, The Lion King is loosely based on the plot of Hamlet. But, it doesn’t imitate the overall structure, themes, and tone of Hamlet.

How are Hamlet and The Lion King different?

The Lion King is a children’s movie whereas Hamlet is a “Revenge Tragedy”. It is also called the “tragedy of blood”. The Lion King doesn’t contain such sensational plots as Hamlet.

What is the story of Lion King?

The Lion King presents the struggle of Simba, son of previous king Mufasa, to get his authority back in the jungle. His uncle treacherously killed his father and obtained the throne. Simba wants to displace him and be a ruler like his father.

What movies are based on Hamlet? 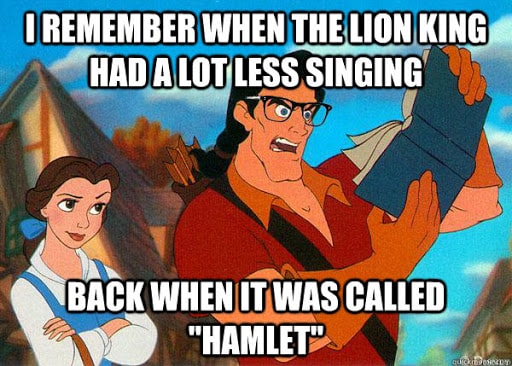 What do you think of our take on The Lion King and Hamlet  – anything to add? Join in, and let us know in the comments section below!