‘How Do I Love Thee’… Is It Shakespeare?

You are here: Home1 / Welcome To The No Sweat Shakespeare Blog!2 / Random Fun Stuff3 / ‘How Do I Love Thee’… Is It Shakespeare?

How do I love thee is a phrase that could very easily come from Shakespeare – perhaps from one of his sonnets. The line is from a sonnet and it is about love. In fact, if you were asked in a quiz where it came from, you may well answer “Shakespeare.” But you would be wrong.

Shakespeare doesn’t have a monopoly on the theme of love, nor on the sonnet form. It is, in fact, the opening of a sonnet by a Victorian poet, Elizabeth Barrett Browning, and here is the ‘How do I love thee’ sonnet in full:

It’s clear that the poet is addressing a lover. He is not just any lover – he is clearly everything – everything – to her. She’s almost breathless, her mounting passion taking her breath away, as she enumerates the ways in which she loves him.

This is a poem to the man who was to become her husband. She had already made a name for herself as a poet when the popular, handsome young Robert Browning, who was later to emerge as one of the great Victorian poets, decided that he wanted to meet her.

In 1844 Elizabeth Barrett was one of the most popular and best-selling writers in England and it was at that point that the two poets met. They talked for hours and then corresponded in long, passionate letters. They were in love.

They were a very odd pair: Browning was six years younger than Elizabeth; he was handsome and fit and healthy, and a man about town, whereas she was virtually confined to her bed with a spinal problem and a serious respiratory condition. Moreover, there was something seriously wrong with her father, who would not allow any of his twelve children to marry, or even court, and disinherited any of them who did. The courtship and correspondence of Robert and Elizabeth was extremely complicated. It had to be conducted in secret for fear of Mr Barrett.

However, the couple continued to court, and they married in 1846 in secret. When Mr Barrett found out he disinherited Elizabeth, but she had a financial settlement from her grandmother that made her independent of her father and the couple went to live in Italy. They became a celebrity couple there, something like the celebrity couples we see in Hollywood in our time, and their reputation as poets grew.

In spite of her physical frailty Elizabeth wrote profusely and campaigned for various causes, including the abolition of slavery. When William Wordsworth died she was a contender for the honorary post of poet laureate but her friend, Alfred Tennyson, was appointed. Just to be proposed was a significant achievement for a woman during the Victorian era. Her work had a major influence on many of the top writers of the time, including Americans, Emily Dickinson, and Edgar Allan Poe.

The sonnet is frequently referenced as the most profound expression of a woman’s complete and total love for a man and is often used in wedding services and speeches.

Both poets have survived into the twenty-first century as top poets of the Victorian era, with Elizabeth’s sonnet How do I love thee always being among the top three poems in any survey of favourite English poems.

The way the legacy of a writer works is mysterious and there’s no knowing how well their work will last. Shakespeare was, for the most part, a jobbing playwright working himself almost to death, frantically providing fodder for the voracious appetite of the London theatre, and that’s how he saw himself, but four centuries later he is regarded as the greatest writer of the modern era, in any language. Although Elizabeth Barrett Browning was probably, with Tennyson, the most popular poet of her age, her poetry doesn’t reach those levels of universality that would take it beyond its historical period. On the other hand, her husband, Robert Browning, is now considered one of the major English poets – not only of the Victorian era but of all time. 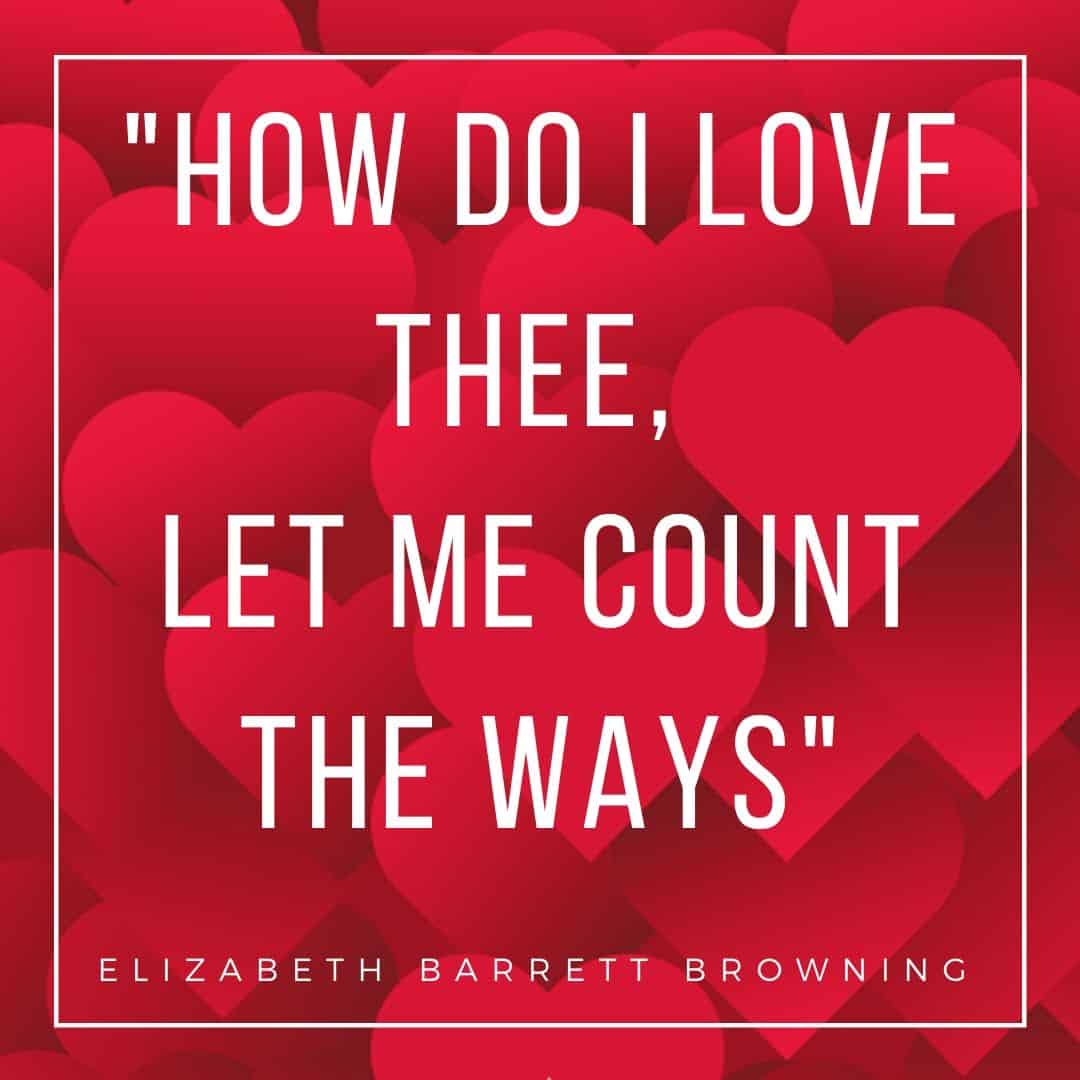 16 Must See Places In London for Shakespeare Fans

What Quarantine Breads Would Shakespeare Characters Bake?
Scroll to top