How Macbeth Addresses Power and Ambition

You are here: Home1 / Welcome To The No Sweat Shakespeare Blog!2 / Shakespeare's Works3 / How Macbeth Addresses Power and Ambition

The Tragedy of Macbeth is a tragedy written by William Shakespeare that was first performed back in 1606. Macbeth dramatizes the psychological and physical damaging effects caused by the political ambition of those who look for power just for their own sake.

The driving force in this tragedy is the ambition, or more specifically, the ambition that goes unbridled by any theory of morality. And that is why the theme of ambition in Macbeth starts to look like a dangerous quality. We did some research on this topic and went through some of the free paper and essay examples on https://gradesfixer.com/free-essay-examples/macbeth-ambition/ . And many of the students who have written Macbeth essays on ambition state that all of his actions were inspired by his ambitions, and that led to horrific punishments and deaths of many characters, it even caused the downfall of both Lady Macbeth and him.

The source of Macbeth’s ambition

Macbeth’s ambition is driven by various factors. To begin with, he has a deep desire for advancement and power, although that is not the only thing that made him turn to crime. It took two other factors that forced that hunger and made him take various violent actions just to obtain power.

The ambition of Macbeth starts to get out of control and makes him repeatedly kill, just to cover up his previous murders. His first victims are the people that he framed for the murder of King Duncan. He killed them as a “punishment.” Later, his fear of Macduff makes him murder Macduff and his family. That unnecessary murder of Macduff’s wife and his children clearly showed that Macbeth lost control over his ambition.

We also see some honorable examples of ambition in Macbeth. Malcolm decides to test the loyalty of Macduff. So he starts pretending to be lustful, greedy, and power-hungry. However, Macduff condemned him and cries out for the future of Scotland. With that, he showed his allegiance to the country. Macduff’s steps and Malcolm’s decision to test him demonstrate that the moral code is a powerful position that is more important than just ambition to get there.

The consequences of the ambition in this play are dire. Many innocent people are killed, and Macbeth dies known as a tyrant, which is a significant downfall because he started as a noble hero. Also, neither Macbeth nor his wife get the opportunity to enjoy the things that they gained. Thus, forming a summary and telling the readers that it is more fulfilling to achieve your goals in a fair way than achieve them through corruption. 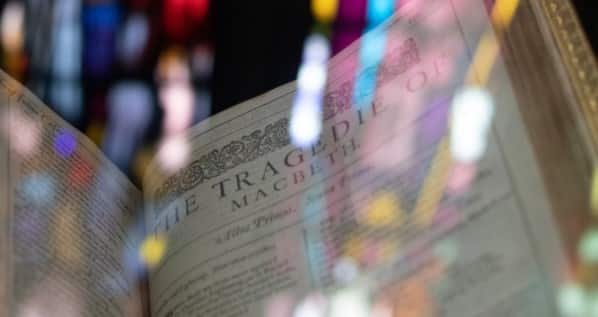 Macbeth and his wife see how their ambitions made them cross many moral lines that lead them to their downfall. Once Macbeth killed Duncan, his ambition to hold the title of a king becomes very intertwined with his paranoia, and he becomes obsessed with maintaining the power that he got instead of enjoying the fruits of his ambition.

Macbeth’s ambition can be contrasted with the ambition of Banquo, who also listens to the witches’ predictions and had many ambitions for his sons. However, Banquo’s morality didn’t allow him to pursue his goals at such a terrible cost. At the end of this tragedy, Macbeth had achieved everything that he wanted but was left without anything. With Lady Macbeth’s death, he had no hopes of producing a prince, so he finally understands that his ambition made him lose all that he holds dear.

‘Cozen’? What Exactly Is A Cozen?