The Romeo and Juliet Story

You are here: Home1 / Welcome To The No Sweat Shakespeare Blog!2 / Historic Shakespeare3 / The Romeo and Juliet Story

Shakespeare’s immortal Romeo and Juliet story, about a pair of star-crossed lovers, is one of the most famous stories in all of English literature. It is a tragic love story about two teenagers caught up in an ancient feud in the Italian city of Verona. Romeo is the son of a leading member of the Montagues, one of the wealthy feuding families, and Juliet is the daughter of the head of the Capulet family. 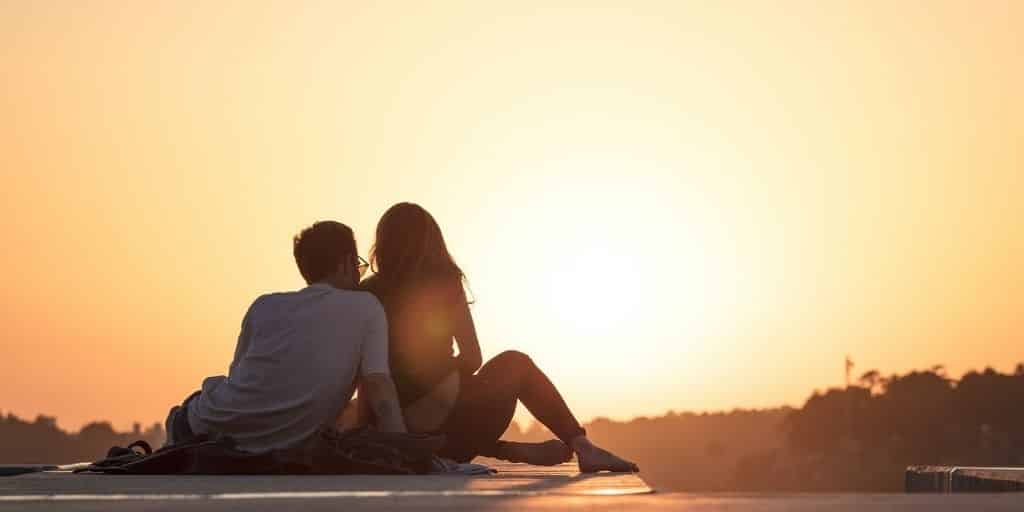 We all know what happens in Shakespeare’s story. Capulet holds a party to celebrate the engagement of his daughter to the young nobleman, Paris. He has just finalised an agreement with the young man that he will marry Juliet. Romeo gatecrashes the party because he hopes to see Rosaline, a girl he has fallen in love with, but as soon as he lays eyes on Juliet he is completely smitten and forgets about Rosaline. When he approaches Juliet she is equally smitten by him. They rashly decide to be secretly married the next day and actually manage to do that.

They are optimistic that things will turn out well for them but immediately after being married by Friar Lawrence a terrible thing happens. Juliet’s cousin Tybalt accidentally kills Romeo’s friend Mercutio in a playful duel. Romeo, incensed, challenges him, There is a serious fight with swords, and Romeo kills Tybalt.

The prince of Verona banishes Romeo and he goes to Padua. Juliet runs to Friar Lawrence, who foolishly arranges for her to take a potion that will make her unconscious and appear to be dead. The plan is that after her parents have laid her in the family tomb Friar Lawrence will send a message to Romeo as to what has happened and he will come to Verona at night and take her away.

Juliet takes the potion and when her family come to her bedroom in the morning to take her to the church for her marriage to Paris and find her apparently dead there is great tribulation and she is taken to the family vault. The plan is now in action but Friar Laurence’s messenger is caught up in an epidemic and quarantined. Romeo, therefore, does not know of the plan and instead of hearing that Juliet is alive, he hears from his servant that she is dead and that her body lies in the tomb. Romeo buys some poison and races back to Verona and enters the tomb, where he finds Juliet still unconscious, apparently dead. Unable to live without her he drinks the poison and dies. Juliet wakes up, finds him dead, and stabs herself.

Where does the Romeo and Juliet story come from?

Shakespeare is thought of as one of the greatest story-tellers in all literature. In one sense, he is because he knew how to tell a story and did it beautifully, through characters acting it out. On the other hand, almost all the stories he told in his plays were lifted from somewhere else.

As for the story of these star-crossed lovers, its history is evidence of the old saying that nothing is ever new. The story of Romeo and Juliet is as recycled as any of Shakespeare’s other stories are.

Romeo and Juliet is a straight lift, fashioned by Shakespeare’s dramatic and poetic genius into the play we all know and love. He took it from a three thousand line poem published in 1562, The Tragicall Historye of Romeus and Iuliet, by Arthur Brook. Set in Verona, it describes the feud between the wealthy Montague and Capulet families. In that setting of ‘blacke hate,’ he tells the story of a ‘beautiful youth,’ Romeus, whose heart is captured by a ‘wise and graceful daughter of the Capulets.’

The stories are very similar but one can trace the dramatic genius of Shakespeare as he builds the drama. He brings the protagonists to life and develops the peripheral characters, Mercutio and the Nurse, to offset the unremitting tragic tension of Brook’s poem with comedy, thereby making the story a far more enjoyable and satisfying experience for a theatre-going audience. At the same time, he intensifies the tragic impact by contracting the time scale of the tale from Brook’s nine months to a few days. He makes Juliet younger – not yet fourteen, as opposed to Brook’s almost sixteen.

To Brook this is a cautionary tale and, as narrator, he warns the reader that if we do not take the advice of our parents the same thing will happen to us. Shakespeare never does that moralistic thing, instead leaving it to the audience to make what it wants to of a human drama that unfolds before its eyes.

But nothing is new, and Brook got the story from the Italian novella writer, Matteo Bandello, who focuses almost as much on Romeo’s first love, Rosalind, as on Giulietta. When Giulietta first meets Romeo she wants to run away with him but he rejects her, then later changes his mind.

However, all those writers would have been familiar with first-century Roman writer, Ovid’s Metamorphosis, in which the story of Pyramus and Thisbe, a very similar story about a pair of star crossed lovers, appears. Shakespeare, in particular, as scholars know, read Ovid when he was at school. Also, he used the story undiluted as the play staged by the rude mechanicals in A Midsummer Night’s Dream  –  presented in burlesque fashion.

There are a limited number of stories, and some scholars have boiled that down to about seven types. The star-crossed lovers story is one of them. It is doubtful that Ovid invented that particular story and, on the principle that nothing is ever new, he must also have got it from somewhere. It looks like it could be a lifetime’s exercise in scholarship to track it further back.

As usual, though, when Shakespeare takes hold of any story, his version becomes the definitive version, and it is his Romeo and Juliet story that will last as long as there are readers on the planet.

Top 5 Shakespeare Bromances: Who Do You Ship?

‘Cozen’? What Exactly Is A Cozen?
Scroll to top