Experiencing a piece of Shakespeare in Egypt

You are here: Home1 / Welcome To The No Sweat Shakespeare Blog!2 / Historic Shakespeare3 / Experiencing a piece of Shakespeare in Egypt

All Shakespeare fans are familiar with the tragedy Antony and Cleopatra, first performed in 1607. But did you know you can quite easily visit one of the very cities it took place in? Alexandria in Egypt can be easily travelled to with the right visa and flight tickets.

Antony and Cleopatra
Shakespeare’s famous tragedy is set in the time of the Roman Republic. In Egypt, the narrative takes place during the Ptolemaic Kingdom, which in its final years fell under Roman rule. Mark Antony, part of the ruling triumvirate in Rome, finds himself beguiled by Cleopatra, queen of Egypt. The antagonist of the tale is Octavius Caesar, who would later became Augustus, the first emperor of the Roman Empire. The scenes in the story often switch between Italy and Egypt, and several other locations.

Today, the story might seem like a thing solely of the past. Yet the places where the story takes place still very much exist. Alexandria in particular remains a great tourist attraction. The city was named after Alexander the Great, the mighty Macedonian conqueror of old. Despite valuing the city so highly he gave his name to it, Alexander would never return to the city. After Alexander’s death, the city continued to grow, eventually becoming one of the great centres of the ancient world, rivalled only by Rome.

Cleopatra’s palace
Alexandria is one of Egypt’s most popular tourist cities. Its beauty has given the city the nickname “The Bride of the Mediterranean”. There are a host of sights and activities to enjoy in Alexandria. You can visit a replica of the Great Library of Alexandria, once the greatest library in the world. Those who are not afraid to get a bit dusty can go underground to see the Catacombs of Kom el Shoqafa. If you like to rub shoulders with the locals, visit the famous Souq of Alexandria.

However, Shakespeare fans might be interested in one thing specifically: the ruins of Cleopatra’s palace. Now, to be sure, it is not entirely certain the ruins are in fact the famous queen’s former abode. Due to the difficulties in researching it, scientists have been unable to offer a 100% guarantee. But due to the location and time dating of the structure, the prevailing sentiment is that it is very likely. Getting to the ruins is an adventure in itself, however. They are located underwater, the result of several earthquakes throughout history. Enthusiasts can go diving in the water to see the ruins up close. And while you’re there, you can visit another underwater marvel: the ancient Pharos of Alexandria.

Getting to Alexandria
If this sounds like an adventure, you’re right! Each year, thousands make the trip to Alexandria to experience its highlights in person. And while getting to Cleopatra’s ruins (maybe) can be a bit challenging, the trip to Alexandria itself is fairly easy. First off, you need an Egypt visa. Most people go for the digital e-visa. You can also get a visa on arrival at the airport, but most people prefer to get their paperwork sorted out pre-departure to avoid any unwelcome surprises in Egypt. Unlike visa applications for other countries, getting an e-visa for Egypt is extremely simple: you just fill out the form, pay, upload a photo of yourself and a scan/photo of your passport, and you’re set. The visa is valid for a stay of up to 30 days.

While Alexandria has an international airport, Borg El Arab International Airport, it can be difficult to find a direct flight. Almost all flights have at least one stop. Make sure you keep an eye on the price: different stops can have different prices, and there is no need to pay extra for a stop somewhere you won’t be staying. 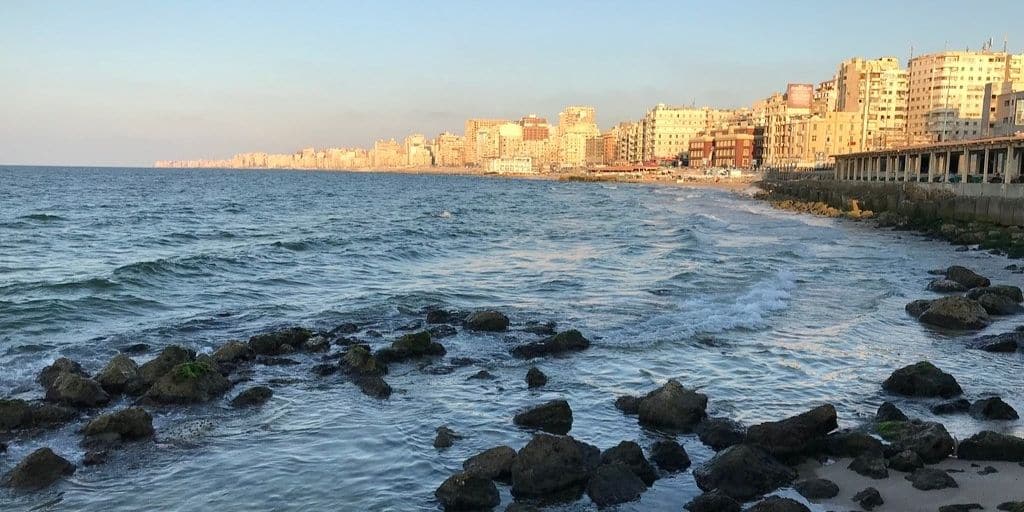 The corniche at Alexandria

Is It Time To Cancel Shakespeare?
Scroll to top