You are here: Home1 / Welcome To The No Sweat Shakespeare Blog!2 / Historic Shakespeare3 / Shakespeare & Winter Imagery 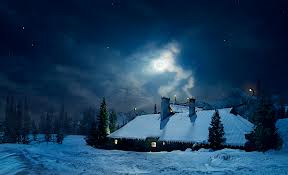 We are in the middle of a harsh winter, one that has gripped the northern hemisphere more firmly than usual, and in spite of our modern life with heating wherever we go, it can be quite unpleasant and inconvenient at times. Some people like the winter weather but Shakespeare wasn’t one of them.

Shakespeare grew up in a village in the middle of England, surrounded by mud and snow and ice, subject to months on end of icy blasts and freezing temperatures. He used the seasons and the weather in his poetry, just as he used everything else in nature. His plays and sonnets are crammed with imagery of the seasons, not least of all winter. His poetry of spring, and, particularly summer, generally has the effect of being uplifting but it is impossible to find an image of winter that is anything but negative.

Shakespeare is never purely descriptive – his nature imagery is always metaphorical, presenting an emotion, a feeling, an idea or a situation. One of his most famous lines is a political statement using the seasons in the opening of Richard III: Now is the winter of our discontent made glorious summer by this sun of York.

Winter is associated with something negative, such as discontent, and as usual with Shakespeare’s winter images there is a contrast with the summer and an anticipation of the glorious summer that will come when this awful winter has passed.

Winter and the coldness of it are always negative in Shakespeare. His summers and springs are joyous and life affirming. Autumn, for him, is a mixture of sadness and beauty. If we were to make a montage of winter images from Shakespeare we would probably get a strong impression of this negativity. So let’s try it:

Barren winter, with his wrathful nipping cold;  … the icy fang and churlish chiding of the winter’s wind…bites and blows upon my body; I shrink with cold; what freezings I have felt, what dark days seen, what old December’s bareness everywhere! I, that did never weep, now melt with woe that winter should cut off our spring-time so;  hideous winter …sap cheque’d with frost,  and lusty leaves quite gone, beauty o’ersnow’d and bareness every where;boughs which shake against the cold, bare ruin’d choirs, where late the sweet birds sang; freeze, freeze, though bitter sky.

It goes on, throughout his work – an ever-present awareness of winter, with nothing positive to say about it.

And here’s one of my favourite poems, a song from Love’s Labours Lost. It’s a picture of a poor, rural family, and I suspect that if we really want to know what winter was like for the rural folk of Warwickshire in Shakespeare’s time, this is it. People sniff and cough and the whole world is closed in. Even the birds are depressed. It’s a wonderful picture and we can be grateful that we don’t have to live like this.

When icicles hang by the wall,
And Dick the shepherd blows his nail,
And Tom bears logs into the hall,
And milk comes frozen home in pail,
When blood is nipp’d, and ways be foul,
Then nightly sings the staring owl,
To-whit! To-who!—a merry note,
While greasy Joan doth keel the pot.

When all aloud the wind doe blow,
And coughing drowns the parson’s saw,
And birds sit brooding in the snow,
And Marian’s nose looks red and raw,
When roasted crabs hiss in the bowl,
Then nightly sings the staring owl,
To-whit! To-who!—a merry note,
While greasy Joan doth keel the pot.