You are here: Home1 / Welcome To The No Sweat Shakespeare Blog!2 / Historic Shakespeare3 / Shakespearean Words That Still Hold Up Today
Written by Frank RichardsonFrank Richardson is a passionate writer and blogger who tries to spend his time as creativly as possible. He enjoys learning foreign languages and deliving into English literature. He spends his free time traveling all over the world and gaining experience from these adventures.

Many ignore the natural endowment that Shakespeare had for the English language, and it comes as a surprise when people find out the long list of words Shakespeare invented. Still, this English writer left as a legacy to the world an abundant amount of words that we still use today. Keep reading below to find out just how big Shakespeare’s presence in our language truly is.

William Shakespeare was a renowned writer, with a long and fruitful trajectory, and a constant search to innovate English literature. But, independently of his personal inclinations, historians have agreed that the circumstance that propelled Shakespeare to the creation of words was an English movement in literature, that was looking to introduce prose into plays, that previously were written mostly in rhyming verse.

It’s a fact that Shakespeare had a talent for languages, but that is a rare talent. Sadly, UK’s educational system doesn’t seem to notice that and have standardised assignments that won’t fit all student. Sometimes I need some assistance that help me write my dissertation online, and in those cases, I prefer to pay for a writing service that do my dissertation and essays for me. These services can be lifesavers, and some of them are quite cheap. 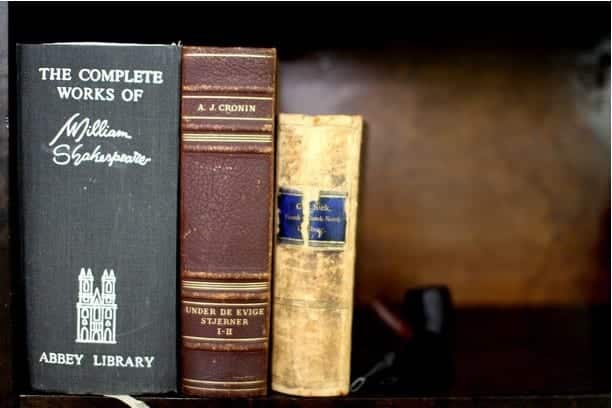 Shakespeare created a little more than 400 words, many believe that there are even thousands. Here is a list of some of the most used in our days.

You always have the option to pay for your dissertation, but if you choose to write your own papers and essays, you might be interested in expanding your vocabulary, and Shakespeare is a great author to start with.

Besides Shakespearean words, you can also find “Shakespearean phrases”. Yes, he went a little further in order to create phrases and expressions that have survived until our days. Here are some of the most popular.

It is amazing how these made-up words and phrases have transcended centuries, and are still valid in today’s English. Without a doubt, they give you a wider perspective of William Shakespeare’s genius.

5 Ideas To Improve Your Understanding Of Shakespeare’s Works

A Way Into Enjoying Shakespeare
Scroll to top