You are here: Home1 / Welcome To The No Sweat Shakespeare Blog!2 / Random Fun Stuff3 / Shakespeare’s Game of Thrones

Game of Thrones, based on the fiction series, A Song of Ice and Fire by George R.R. Martin, is the most watched English language television drama series of our times. A comparable drama sequence with similarly huge ratings occurred five centuries ago in London. That was William Shakespeare’s great history drama – several plays, with performances stretching over more than a decade, bringing in record audiences, just as we see with Game of Thrones.

There is a strong connection between the two: George R.R Martin and the creators of the television adaptation had the Shakespeare plays as one of their major inspirations. There are several other sources, mainly rooted in European history. Game of Thrones’s Westeros reflects and echoes Medieval Europe’s lands and cultures, castles, knightly tournaments, palace intrigues and grisly murders, all elements depicted in Shakespeare’s history plays.

In about 1591 William Shakespeare began writing dramas about the people and events of the Wars of the Roses – the long struggle between the families of Lancaster and York, that stretched from 1422 to 1485, ending with the Battle of Bosworth Field and the defeat of Richard III, leading to the ascension of the young Henry Tudor – Henry VII – to the throne. These dramas: Henry VI Part 1; Henry VI part 2; Henry VI Part 3 and Richard III are full of lessons for the writers of Game of Thrones of how to present a medieval story full of intrigue, violence, romance, sex, and all the elements that made Shakespeare the best selling drama writer of his time. Nothing has changed: modern audiences love those things just as much as Elizabethan audiences did.

Martin bases his novels on Shakespeare’s depiction of that six-decade conflict. There are more influences than that, of course, such as Tolkein’s, Lord of the Rings, the whole fantasy tradition in fiction and film, and other plays by Shakespeare and his fellow dramatists.

Martin pays tribute to Shaksespeare’s Wars of the Roses saga by naming his factions Stark and Lannaster – echoes of York and Lancaster. The novels are a different genre from Shakespeare’s plays, of course. Martin more or less invents a new form – a cross between the fantasy and alternative history genres. Although he plays down the magic element that is at the core of fantasy, it is still there. The alternative history is a European history that did not, but could have, happened. The big secret of Martin’s success is the same as Shakespeare’s – the major element is the characterisation. Game of Thrones, like the plays of Shakespeare, is very strong on that.

It is not surprising then, that several characters and their situations echo some of the most famous characters in Shakespeare’s plays.

Iago, for example, is Othello’s closest and most trusted aide, and yet his whole purpose is to bring about Othello’s downfall and he plots and schemes to that effect, while at the same time, trusted by others, he does the same to them. Peter Baelish, nicknamed Littlefinger, manipulates everyone around him in his quest to get his revenge on Brandon Stark and bears a striking resemblance to Iago. 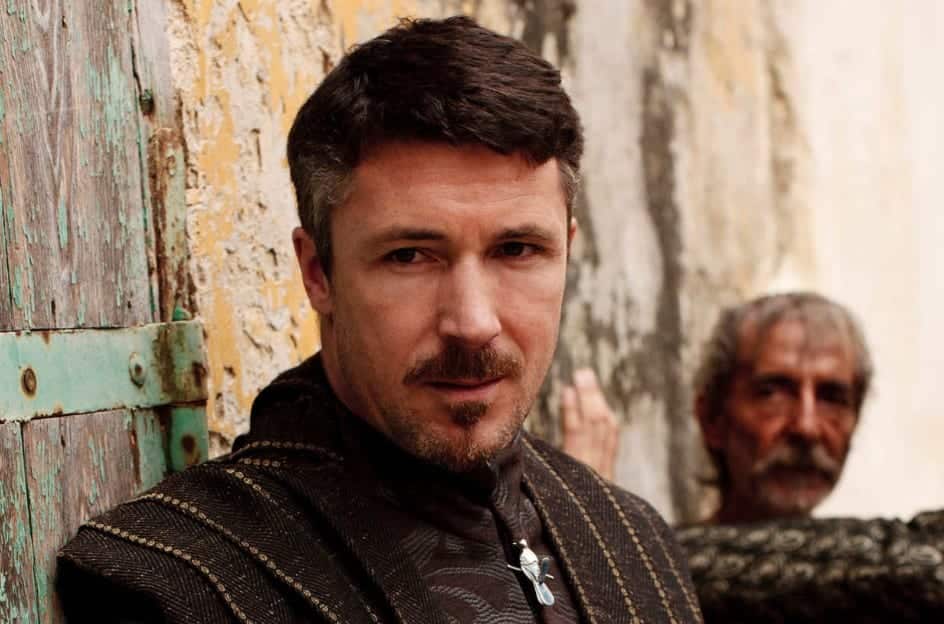 Lord Petyr Baelish was the Master of Coin on the Small Council , as portraid by Aiden Gillen

Tyrion Lannister is an echo of Richard III who was falsely accused of murdering the Princes in The Tower to get the throne. He’s a highly intelligent man and a brilliant strategist.  So is Tyrion, and like Richard, underestimated by the other characters. Tyrion is also falsely accused of murder – of killing Joffrey out of revenge and lust for power. 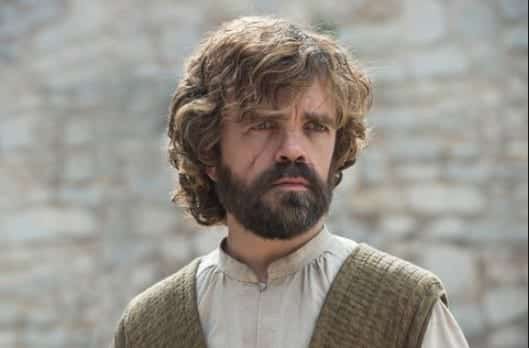 One of the obvious parallels with Shakespeare is the forbidden love between two feuding factions, with Jon Snow and the Wildling,Ygritte, complete with a wall between them, like that between Pyramus and Thisbe.