Take a Tour Of Shakespeare’s London!

You are here: Home1 / Welcome To The No Sweat Shakespeare Blog!2 / Historic Shakespeare3 / Take a Tour Of Shakespeare’s London!

London has been a world-leading city for many centuries. During the late 16th and early 17th century when Shakespeare was a resident, London was recognised around the known world as a major, bustling metropolis, with lots to see and do. Here we list the top things to see and do in Shakespeare’s London:

1. Stroll the banks of the Thames

You could spend whole days just walking through the narrow thoroughfares or strolling along the banks of the Thames, the great river that rises in the Cotswolds and snakes its way more than two hundred miles to London, then through the city to the sea. You will encounter all kinds of domestic, farm, and stray animals – cats, dogs, ducks, pigs, rats, goats, cows – and a jumbled mass of humanity. You will come across jugglers, sailors, blacksmiths, prostitutes, chimney sweeps, magicians, artisans of all types, milkmaids, merchants, minstrels, pickpockets and muggers. You will see perfumed and bejewelled ladies and gentlemen. You may even see the Queen herself, heading a convoy of carriages. You may have to step around horse dung and rotting corpses, avoiding the wagons that are loading them up. Whatever your emotions, you will have a most stimulating time. 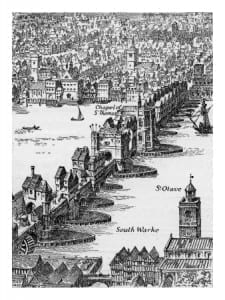 2. Take a boat ride down the Thames

Hire a ferryman to take you on a trip down the Thames and that’s well worth the time spent on it. The river is a vital artery in the life of London, crowded with rowing boats, barges, and commercial sailing ships. Human excrement and rotting food will wash past you, stimulating your olfactory nerves, as people empty their chamber pots from their windows and recent rain washes the waste into the river from dung piles, ditches, cesspits and streams. 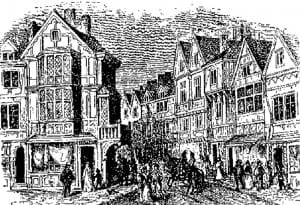 3. Head to a shopping mall

Then, as now, London was a leading global shopping venue. Do not miss the Royal Exchange on Threadneedle Street, the world’s first shopping mall, uncannily similar to the modern mall. It is a huge arcaded building with banking facilities and accommodation for more than two hundred shops and thousands of businessmen. The building surrounds a courtyard where four thousand bankers and tradesmen conduct their business. Elsewhere in London, there are no zoning regulations so you will find shops alongside inns, homes, churches, workshops, stables, and markets. You will find anything your heart desires – wigs, jewellery, perfume, hats, shoes, breeches, shirts, ruffles, feathers, silks, drugs, wine, spices, paper, ink, candles, toys, and anything else you could think of.

A visit to Southwark is essential. It’s wild and vital –a place for drunks, prostitutes, con men, gamblers, and thieves. There are scores of inns and taverns for you to choose from, where you could drink gin and ale (cheaper than drinkable water) to your heart’s content, then join the drunks staggering around the streets. You would also have a choice of the popular blood sports that abound. Something universally loved, including by the Queen herself, is bearbaiting, a sport in which a tethered bear is taunted to the cheers of spectators. You will find those performances in Southwark. You can also see dogfights and cockfights there. Get there early if you want a good view. And watch out for pickpockets.

And, of course, the theatres are there too. There are more than twenty to choose from, including the Newington Butts Playhouse, the Rose, and the Swan. Take a look at the Globe, where you may see a play by the famous Master Shakespeare, the most popular playwright. If you are very lucky you may actually see Master Shakespeare in a minor role. 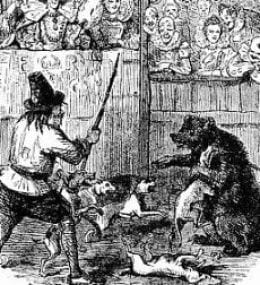 If you happen to be in London on Michaelmas Day, September 29th, you will be able to see the Lord Mayor’s Parade – the street parade that follows the election of the Lord Mayor of London. Passing you will be the whole range of tradesmen in their liveries – cloth workers, drapers, fish merchants, haberdashers, goldsmiths, ironmongers, grocers, mercers, skinners, salters, vintners, and all the rest. London’s sheriffs and constables will also be parading in all their finery.

6. Have a look at White Hall Palace

Although White Hall Palace, the main residence of the Queen, is not open to the public you should take a look at it. You will not see the private facilities introduced by the Queen’s father, Henry VIII – the bowling green, indoor tennis court, cockfighting pit, and jousting tiltyard – but you will be able to gaze on the largest palace in Europe, with over 1,500 rooms, larger than the Vatican and the Palace of Versailles. 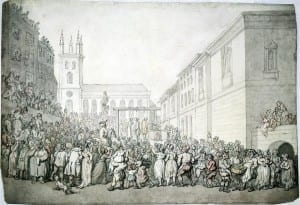 Here you have a choice. You could go to Tower Hill on the offchance: that’s where the upper class condemned are beheaded. It would be better to ask around because it doesn’t happen every day. If you went to Tyburn or Smithfield you would be sure to see some executions of ordinary traitors and common criminals. You may get tired of seeing people hanged, one after the other, but if you’re lucky you may see someone being drawn along the ground to the execution spot, hanged until barely conscious then cut into four pieces while he is watching it happen to him. It’s a specialised taste but very popular.

Make sure you don’t miss a walk across London Bridge, constructed between 1176 and 1209. It’s the only bridge that connects northern and southern sides of Elizabethan London, although boats are available to ferry travellers across the river. Shops on which houses are built line both sides of the bridge. Above the traffic lane in the middle are passageways (resembling overpasses above modern streets) connecting buildings on one side of the bridge with those on the other. You will be able to buy a range of things while viewing the impaled heads of traitors as a reminder that you should be careful not to become involved in politics. 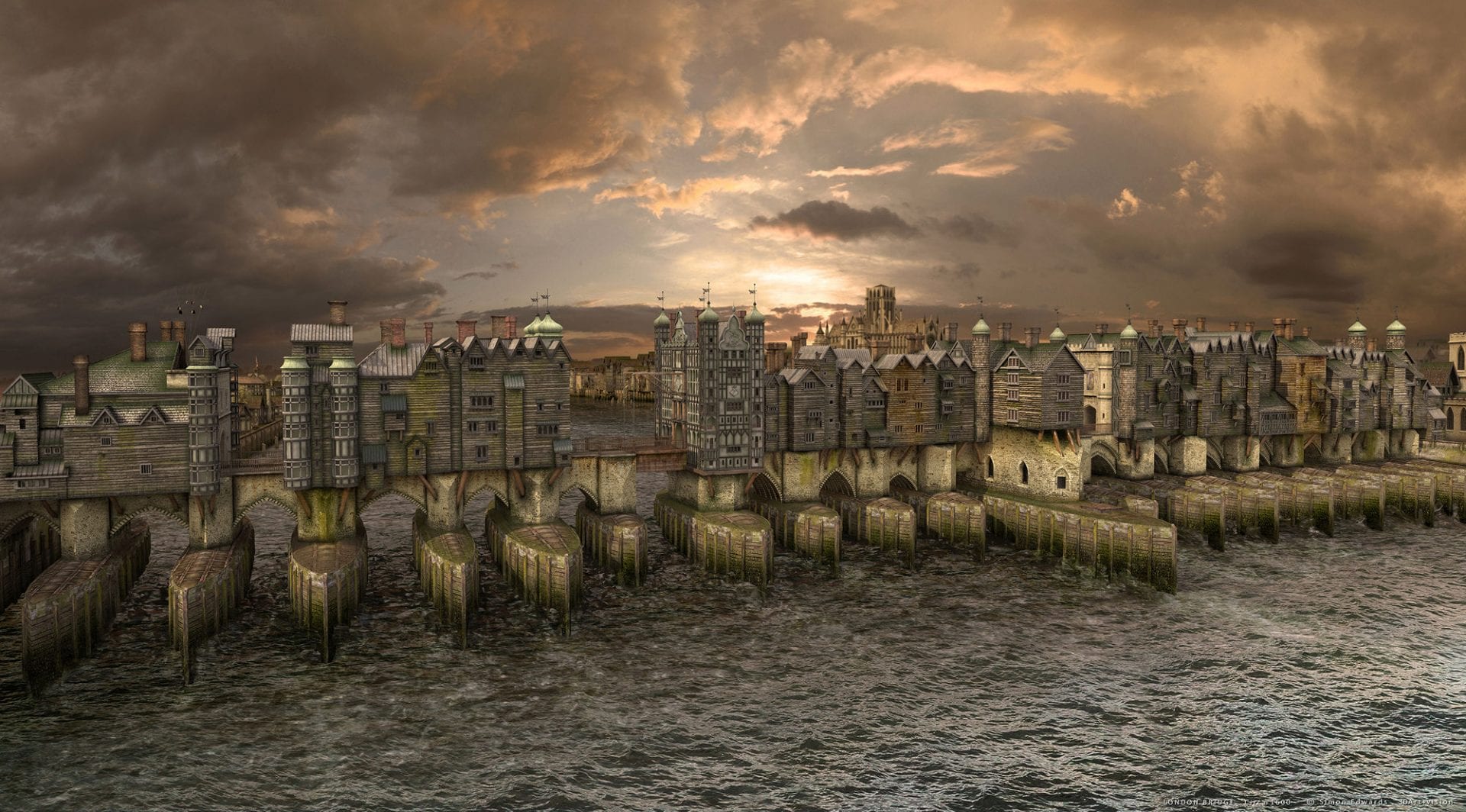 Visitors to London are often disappointed when they see the London Bridge for the first time – a flat, low, featureless modern bridge. The London Bridge that Shakespeare knew was very different. It was an important bridge – the only way to get from London to the other side of the river, unless you went by ferry, which was a dangerous affair. It was said that London Bridge was made for wise to pass over and fools to pass under, as the river had been narrowed at the site of the bridge so the pressure speeded the water up. Many who tried to cross near the bridge or to pass under it were drowned.

Being the only bridge across the river close to London mean that the traffic on it was enormous – vital for the movement of both goods and people. When Shakespeare arrived in London London Bridge was already four hundred years old, and had developed into a small town, with hundreds of shops in several buildings of all kinds, which had sprung up over the centuries.

The theatres on the south bank were filled to capacity every afternoon, which meant that much of the population of London made two crossings a day, during which they were able to purchase anything they wanted. Because so many merchants wanted to enjoy the advantages of so many people using the bridge the buildings grew higher and higher, some reaching six stories, and many projected up to sixty-five feet over the river. The struts and buttresses that supported them groaned, and swayed dangerously.

One of Shakespeare’s first sights, when he crossed the bridge for the first time, would have been the heads of traitors displayed on poles at the Southwark end, with birds pecking at them. He would not have experienced the sense of horror that we would if we were to see that today, as the practice was as normal to Elizabethans as the sight of hamburger vendors is to us in the same place today.

Planning to follow in Shakespeare’s footsteps with a visit to London?

We’ve pulled together some of the very best London resources from travel writers and bloggers below:

Lots of great ideas on free things to do in London with the family, courtesy of UK Family Travel.

Had enough of the sights? Italian Trip Abroad share their best non-touristy things to do in London.

33 free things to do in London, as curated by London Dreaming.

London Unattached explains the history of the Mayflower in London, which set sail for the US in 1620, just 4 years after Shakespeare’s death.

Flying to London? The Travelling Texans share how to get from Heathrow to London.

How to spend a day in London, from A Life With Frills.

Via Travelers share the ultimate tour of Harry Potter sights in London.

Chilling With Lucas talk through their tips for a family day out in London.

Discover a perfect day out in London, courtesy of Joanna’s Journals.

Tips on exploring London’s Soho area, from Like Love Do.

Explore the dark and unusual side of London with Cultura Obscura’s guide.

London City Calling write about mistakes tourists in London make, and how to avoid them.

24 fascinating London facts for kids, curated by The London Mother.

22 incredible London photo spots, shared by Diary Of A Nomad.

30 Amazing things to buy in London, from Girl With The Passport.

Know of any useful London travel resources? Let us know in the comments section below!