The Curse of Macbeth, The Scottish Play

You are here: Home1 / Welcome To The No Sweat Shakespeare Blog!2 / Random Fun Stuff3 / The Curse of Macbeth, The Scottish Play

Why is Macbeth known as ‘the Scottish play’? If you’re ever involved in a production of Shakespeare’s Macbeth you should be very careful, and take precautions as there’s a curse on performances of the play – the ‘curse of Macbeth’. Remember, you’ve been warned!

The first thing you should never do is mention the play’s title in the theatre. You should always refer to it as ‘The Scottish Play.’ Moreover, you should never quote directly from the text while in the theatre. Above all, never mention the word ‘Macbeth’, unless you’re an actor with the word in your lines. Then, and only then, is it safe. Even if you take those precautions you’re still in danger, all the time.

The curse of Macbeth entered popular culture in this episode of The Simpsons where the Simpsons bump into famous Shakespearean actor Sir Ian McKellen in London and have a little chat about Macbeth:

The Origins Of The Curse Of Macbeth

The origin of the curse is, like all legends, obscure. It may just be that the superstition dimension of the play is so dominant. One of the favourite theories is that Shakespeare used an authentic ritual when his witches create their magical brew. A group of real witches were so displeased with the representation of the three witches that they put a curse on the play.

The history of performances of Macbeth is littered with accidents and death in the theatre. Most of the stories are legendary but there was one production, featuring Lawrence Oliver in 1937, where the curse really ran riot. The first thing that happened was that the theatre manager had a heart attack and died on his way to the dress rehearsal. Olivier just missed death or serious injury when a stage weight fell from above and narrowly missed him. The director and an actress ended up in hospital one night when they were involved in a car crash on their way to the theatre. On another evening Olivier’s sword broke during one of the fight scenes, flew into the audience and hit a man, who died of a heart attack.

How To Reverse The Curse Of Macbeth

If you do slip up and utter the dreaded name you can reverse the bad luck by performing a traditional cleansing ritual. You have to turn three times, spit over your left shoulder and recite an appropriate line from a different Shakespeare play, such as ‘angels and ministers of grace defend us,’ from Hamlet.

And so, if you’re going to be in a performance of Macbeth, good luck to you, and break a leg! 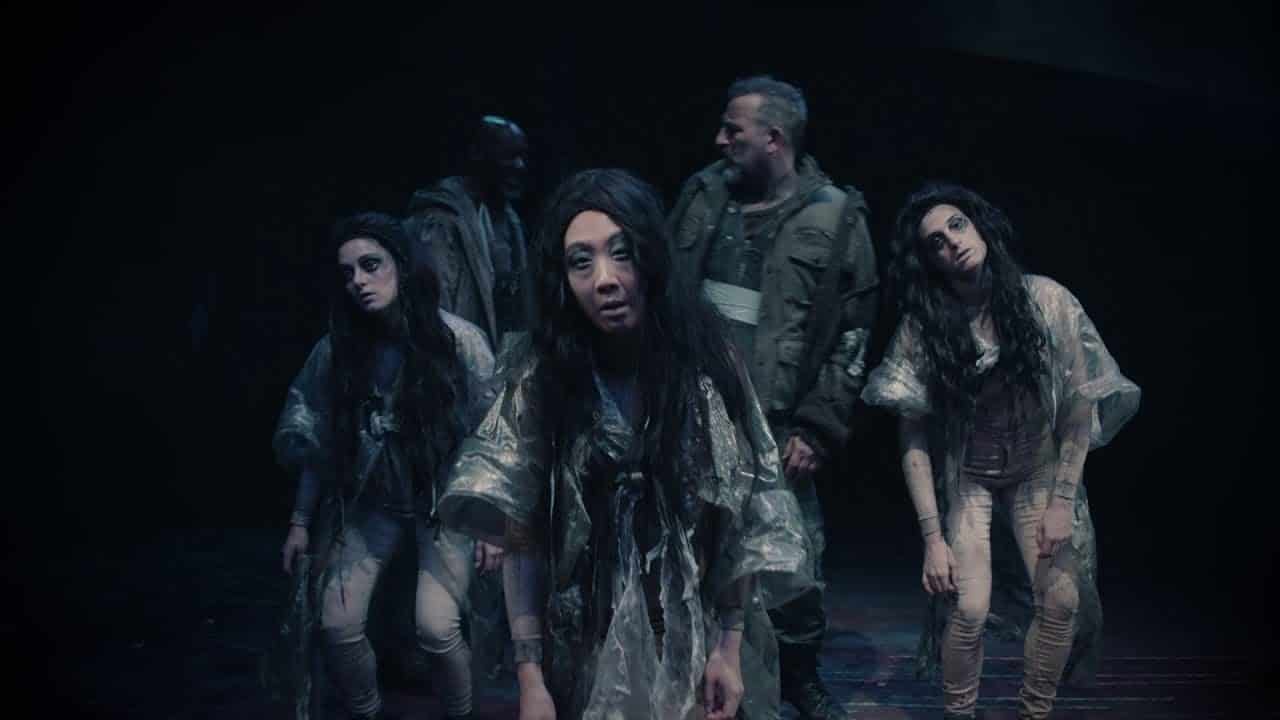 Three witches from ‘The Scottish play’ – orgin of the curse of Macbeth? 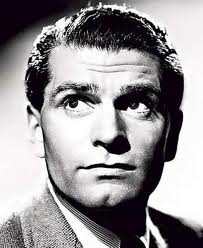 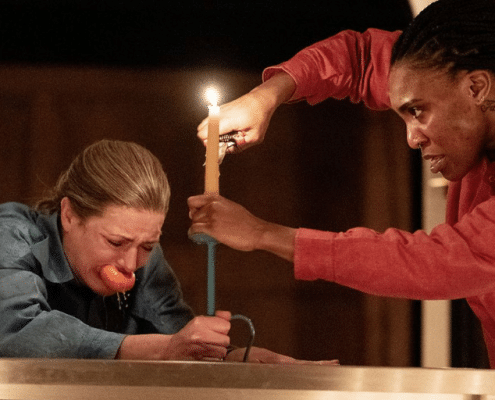 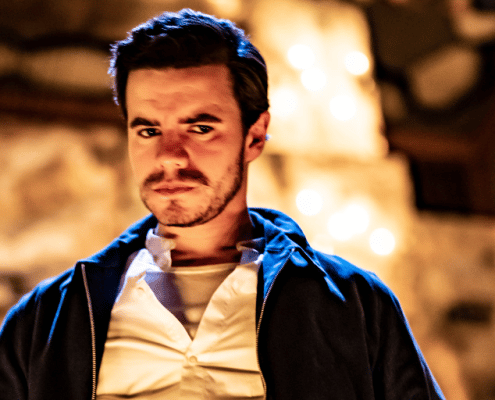 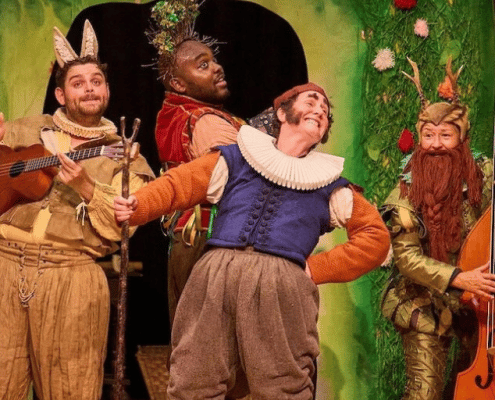 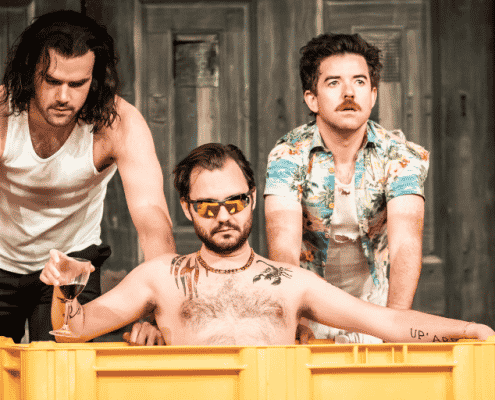 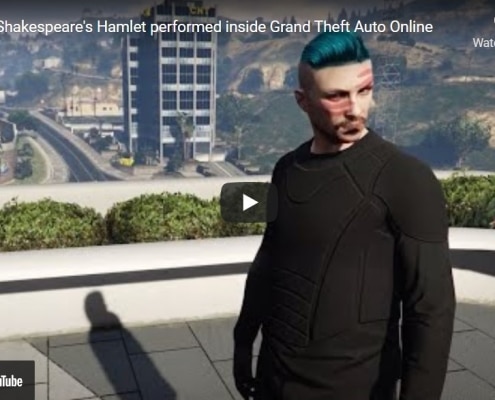 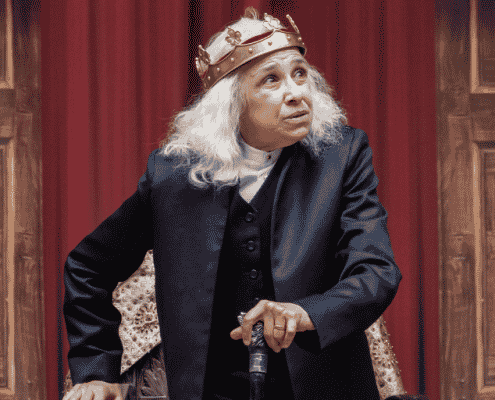 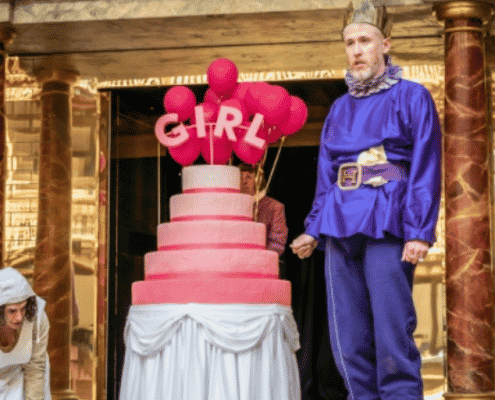 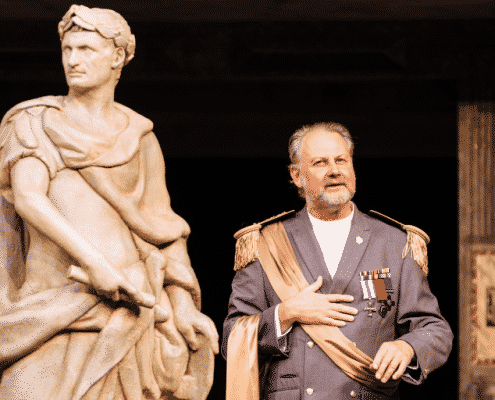 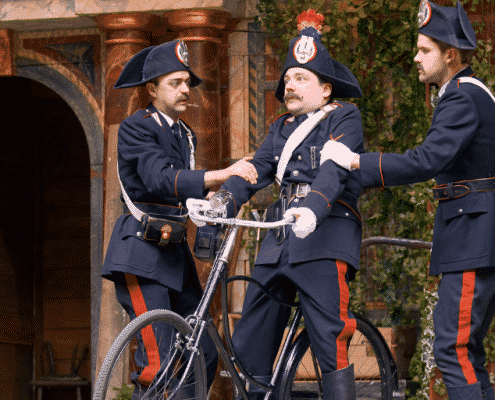 Shakespeare and the King James Bible