The Ultimate Guide To Shakespeare’s Fools

You are here: Home1 / Welcome To The No Sweat Shakespeare Blog!2 / Shakespeare's Works3 / The Ultimate Guide To Shakespeare’s Fools

The word ‘fool’ is rather loosely used these days but it is a technical term in Shakespeare’s plays. The fool in Elizabethan drama is someone employed to entertain a king or a duke or any other rich person who needs someone to entertain him. The convention in Elizabethan drama is that the fool is the most insightful and intelligent man in the play. He is not to be confused with a clown: in Shakespeare’s time ‘clown’ was a simple rural man – a yokel.

The fool is a very important character in a Shakespeare play as he fulfils two important functions:

Some other of Shakespeare’s characters are often referred to as fools. There are many of them, the most notable of which are characters like Bottom in A Midsummer Night’s Dream and Dogberry in Much Ado About Nothing but, fools that they are in the modern sense of the word, they are not technically true Shakespearean fools.

The four fools in Shakespeare’s plays are the following:

Feste is probably the most famous of Shakespeare’s fools. His job is to entertain by singing and dancing, and making jokes, but he is an important member of Olivia’s household because of her respect for him. He moves freely among the other characters and also freelances by disappearing from Olivia’s house and singing and dancing for other patrons. He is highly intelligent with an extraordinary command of language. Olivia constantly asks his opinion. He is interesting, also, in that apart from his jestering activities he plays a major dramatic role in the play. With that role, and his conventional fool role, where he looks in at the action, he is both inside and outside the play, which makes him an almost postmodern character. 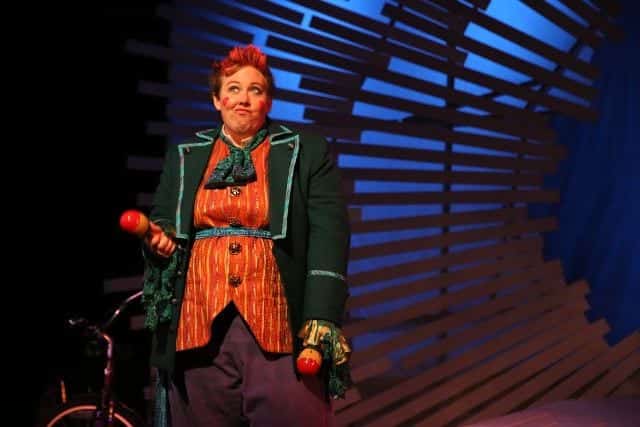 Touchstone is Duke Frederick’s court jester. He is quick witted and an astute observer of human nature. His commentary on the other characters runs continuously throughout the play. He is quite cynical and his comments on the characters are often quite caustic. He is notable for his facility with language; he can twist any argument and he loves to nitpick about everything. He is full of wise sayings and frequently talks about the wisdom of foolishness.

The Fool in King Lear

The fool in King Lear does not have a name and is called, simply, ‘Fool.’ He is Lear’s constant companion and accompanies him on his journey into madness and eventually death when he, just before Lear’s death, is hanged by those who have imprisoned Lear. In this play the fool functions as the inner consciousness of the foolish king, who is foolish while his fool is wise. The Fool is Lear’s alter ego and constantly comments on Lear’s relentless folly. Every time Lear does something foolish, like giving up all his power to his daughters, the fool rubs it in. When Lear finally achieves a measure of understanding about how lacking in wisdom he has been there is no need for the Fool, who dies.

Trevor Fox as the fool in King Lear

Trinculo, in The Tempest

Trunculo is an exception to the concept of the wise fool: he is Alonso’s court jester, who is shipwrecked with the royal party and separated from them. He is extremely stupid and teams up with Alonso’s drunken butler Stephano and Prospero’s indigenous servant, Caliban, in a plot to stage a coup against Prospero. Trinculo and Stephano are so stupid and ineffectual that their efforts and antics provide some of the best comedy in Shakespeare.

So that’s your lot for Shakespeare’s real fools – bet you didn’t know there were only actually 4 of them!

4 Ways To Use Shakespeare For Better Student Engagement