Who Wrote Shakespeare? The Authorship Candidates

You are here: Home1 / Welcome To The No Sweat Shakespeare Blog!2 / Authorship Debate3 / Who Wrote Shakespeare? The Authorship Candidates 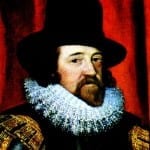 The idea that the two writers have similar styles was dismissed by Scott McCrea who writes, “there is no answer for Bacon’s different renderings of the same word—’politiques’ instead of ‘politicians’, or ‘submiss’ instead of the Author’s ‘submissive’, or ‘militar’ instead of the Poet’s ‘military’. These are two different writers.” 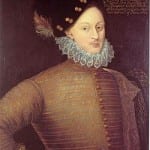 Edward de Vere, the 17th Earl of Oxford was a courtier poet. There is little strong evidence that suggests he wrote Shakespeare’s plays, but some believe there are references in both the plays and sonnets to de Vere’s life, as well as a series of codes in the writing that implicate the Earl as the author to those in the know. These theories as to who wrote Shakespeare were given weight (to some) by the film Anonymous, released in 2012.

Mainstream scholars have described the methods of Oxfordians over the years as devoid of any evidential value and subjective, suggesting double standards are used to consistently distort and misrepresent the historical record – sometimes even outright fabrication. Perhaps the ultimate evidential objection to the Oxfordian theory is de Vere’s death in 1604, after which a number of Shakespeare’s plays were written! 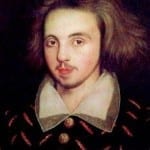 The playwright Christopher Marlowe was writing at the same time as Shakespeare and it’s highly likely that the two had met each other. The Marlowvian theory – first presented by Wilbur Zeigler in 1895 – states that reports of Marlowe’s death in a drunken brawl on 30 May 1593 were falsified to protect him from going to prison for being an atheist. Marlovians base their theory on both some anomalies surrounding Marlowe’s reported death and on the influence which Marlowe’s works had on those of Shakespeare.

The argument against this is that Marlowe’s death was accepted as genuine by sixteen jurors at an inquest held after his death and that there is a total lack of direct evidence supporting his survival beyond 1593, and his style, imagery and vocabulary are too different to Shakespeare’s to be compatible with Marlow writing the plays. 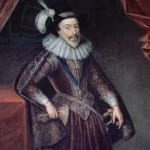 Derby’s candidacy was first proposed in 1891 by the archivist James H. Greenstreet, who identified a pair of 1599 letters which reported that Derby was unlikely to advance the Catholic cause as he was “busy penning plays for the common players.” Greenstreet further argued that the comic scenes in Love’s Labour’s Lost were influenced by a pageant of the Nine Worthies only ever performed in Derby’s home town of Chester.

With the initials W.S. and his habit of signing himself off as “Will”, it’s easy to imagine that there’s a link between William Stanley and Shakespeare. But does this evidence alone point to William Stanley being the greatest play-write in history? 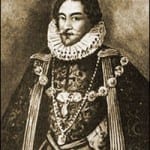 In the early 20th century, Roger Manners the 5th Earl of Rutland was proposed as a candidate for the authorship of Shakespeare’s plays by Karl Bleibtreu, a German literary critic – later supported by a number of other authors. Manners married the daughter of the poet Philip Sydney and it is thought that the two of them together wrote the plays.

However, the biggest hole in this theory of who wrote Shakespeare’s plays is that the Earl would have been only 16 when the first of Shakespeare’s works was published in 1593 – surely too inexperienced a writer? 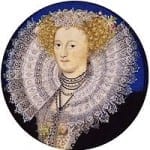 On account of her literary talents and strong family connections to Shakespeare, Mary Sidney Herbert is one of the writers who have been linked to the Shakespeare authorship debate/conspiracy. The First Folio is dedicated to Mary Sidney’s two sons, the “incomparable brethren,” neither of whom had otherwise been connected to Shakespeare previously.

Mary Sidney Herbert had connections to the source materials of the plays – indeed, it is thought Shakespeare may have used one of her plays (The Tragedy of Antonie) as source material for  Antony & Cleopatra), and because she was a woman, she was not allowed to write plays for the public theater.

The most popular author conspiracy theory of earlier times held that Shakespeare’s works were written by a group of collaborators. In 1848 the American Joseph C Hart wrote a book putting forward the argument that Shakespeare’s plays were written by a number of different authors which was back up by Delia Bacon’s article of 1856 which attributed authorship to a group of writers led by Sir Francis Bacon and Sir Walter Raleigh. As with all the above candidates, there’s no real evidence that a group of writers was responsible for Shakespeare’s works.

So, that’s an overview of the main candidates presented by the non-believers of Shakespeare. What’s your take on it – who do you think wrote Shakespeare’s plays?