Cardenio is one of Shakespeare’s “Lost plays”. Academics are uncertain of it’s provenance, but some believe it is indeed a play written by Shakespeare.

The 18th century playwright, Lewis Theobald, claimed that his play, Double Falsehood was based on a play by Shakespeare – lost now – called The History of Cardenio. Professor Gary Taylor of Florida State university spent twenty years working on the Double Falsehood text. Using computer programs and ancient documents to ‘distill’ the text he extracted Shakespeare’s words from those added by Theobold. He discovered, too, that The History of Cardenio was co-written by John Fletcher, one of Shakespeare’s regular collaborators. The Indiana University and Purdue University-Indianapolis (IUPUI) theatre department staged the first professional, full-scale production, in April 2012, of The History of Cardenio, as resurrected by Taylor.

Setting: Spain – a royal palace, various houses, a tomb in a cathedral. See the full settings of Cardenio on a map.

Genre classification: Cardenio is a lost play, but can also be categorised as a revenge tragedy.

Themes in Cardenio: As with many of Shakespeare’s plays, the themes are a combination of eternal love, revenge and death. 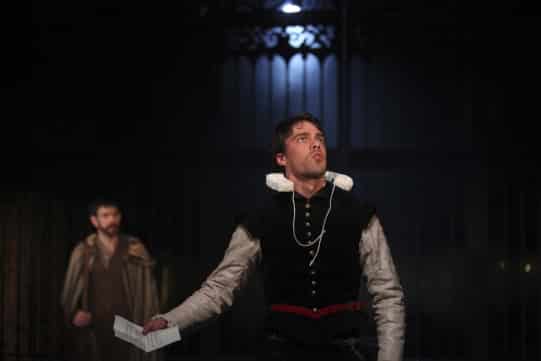