Bassanio, The Merchant Of Venice

You are here: Home1 / Shakespeare Characters2 / Bassanio, The Merchant Of Venice

Bassanio is a young man from a respectable Venetian family, with a lifestyle of leisure and pleasure-seeking with a group of friends of the same class. Consequently, he lives from hand to mouth and languishes in debt. That doesn’t bother him until the need for cash becomes a burning issue.

When we first see Bassanio we find that he is in love. He has never met the young woman, only heard about her, but he is impulsive and romantic by nature and, her circumstances being a challenge, he decides to rise to that. He is an attractive, dashing, and daring young man and such a romantic challenge is right up his street.

What Bassanio has heard is that the beautiful, talented Portia, an only child, has recently lost her wealthy father, a citizen of Belmont. He had doted on her and, unusually for the time, educated her to the point where she is now a legal expert. Knowing that because of her beauty and her wealth, she will be pursued by the good and the bad, many of them fortune hunters, he devised a scheme to try and ensure that she would end up with a worthy husband.

He has stipulated that wooers would have to choose one of three caskets – gold, silver, and lead. One of them would contain her portrait, and the first to choose that would be a suitable husband. 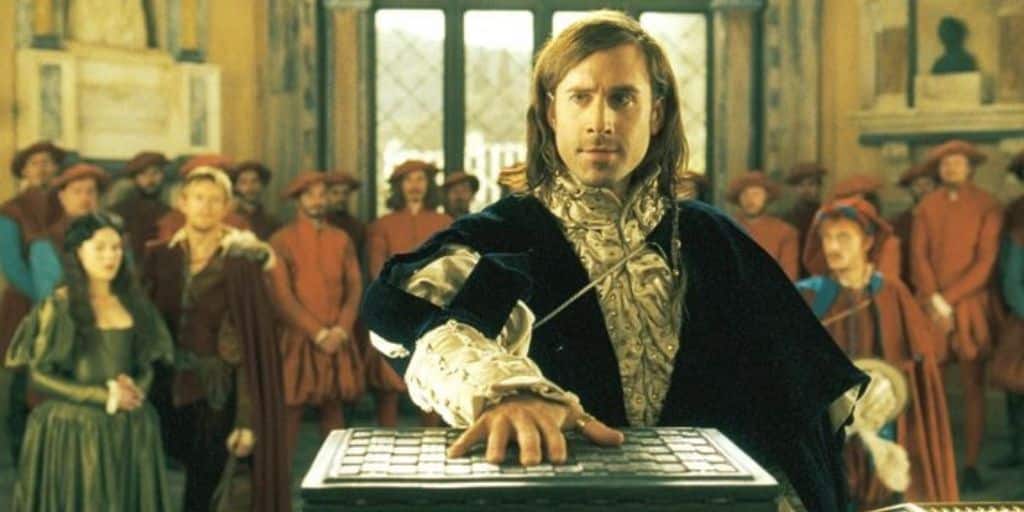 Bassanio’s problem is that he needs money to woo Portia but he doesn’t have any. He goes to his friend, Antonio, a successful merchant, and asks for a loan. This is the thing that sets the drama in motion. Antonio is suffering from a cash-flow problem. His ships are due in from the East and he would have to get a bridging loan, but he agrees to get the loan to help his young friend.

He goes to a Jewish money-lender, Shylock, and Shylock makes it clear that he hates Christians, but because business is business, and money lending is his profession, he will lend him the money. He makes a sinister condition, which he suggests is just a little joke, that if Antonio fails to pay the money back in the stipulated time he would give Shylock a pound of his flesh. Antonio agrees to that.

The main thrust of the drama is Antonio’s failure to be able to pay the money back, as his ships are late. At the same time Shylock’s daughter, Jessica, has eloped with a Christian – one of Bassanio’s friends – and taken his money. Shylock demands his pound of flesh and the matter goes to court.

While this drama is going on Bassanio has met Portia and she has fallen for him, but he still has to choose the right casket, which he does, and the pair become engaged.

On his return to Venice, Bassanio learns that the Duke of Venice doesn’t know how to deal with the case so he asks Portia to disguise herself as a famous young law scholar and act as a judge in the case, which she does.

In the court case Portia shows a great deal of knowledge, creativity, and intelligence, and while granting Shylock the pound of Antonio’s flesh, rules that it is illegal for anyone to shed a drop of Christain blood. She tells him that he can cut his pound of flesh from Antonio’s body but he can’t shed any blood or cut an ounce more or less than the pound.

Shylock is therefore defeated. And he is punished for plotting against a Christian’s life. The Christians celebrate.

This is Shakespeare at his best. As an audience, we like Bassanio and some of his friends, including Lorenzo, with whom Jessica has eloped. But Shakespeare’s judgment, obscured by our identification with them, is that they are thoroughly nasty in their name-calling and their un-Christian approach to forgiveness. That includes Bassanio who is as guilty of the persecution of the Jew as everyone else and is, in fact, the ringleader.

‘Tis not unknown to you, Antonio, How much I have disabled mine estate, By something showing a more swelling port Than my faint means would grant continuance. Nor do I now make moan to be abridged From such a noble rate. But my chief care Is to come fairly off from the great debts Wherein my time something too prodigal Hath left me gaged. (act 1, scene 1)

Thou art too wild, too rude and bold of voice— Parts that become thee happily enough And in such eyes as ours appear not faults. But where thou art not known, why, there they show Something too liberal. Pray thee, take pain To allay with some cold drops of modesty Thy skipping spirit, lest through thy wild behavior I be misconst’red in the place I go to, And lose my hopes. (act 2, scene 2)

Madam, there is alighted at your gate A young Venetian, one that comes before To signify th’ approaching of his lord, From whom he bringeth sensible regreets, To wit—besides commends and courteous breath— Gifts of rich value. Yet I have not seen So likely an ambassador of love. A day in April never came so sweet To show how costly summer was at hand, As this forespurrer comes before his lord. (act 2, scene 9)

The seeming truth which cunning times put on To entrap the wisest. Therefore then, thou gaudy gold, Hard food for Midas, I will none of thee. Nor none of thee, thou pale and common drudge ‘Tween man and man. But thou, thou meagre lead, Which rather threaten’st than dost promise aught, Thy paleness moves me more than eloquence, And here choose I. Joy be the consequence! (act 3, scene 2)

When I did first impart my love to you, I freely told you, all the wealth I had Ran in my veins. I was a gentleman, And then I told you true. And yet, dear lady, Rating myself at nothing, you shall see How much I was a braggart. When I told you My state was nothing, I should then have told you That I was worse than nothing, for indeed I have engaged myself to a dear friend, Engaged my friend to his mere enemy To feed my means. (act 3, scene 2)