You are here: Home1 / Shakespeare Characters2 / Macbeth: Character of Macbeth

Macbeth is the lead character in Shakespeare’s play Macbeth. In this post we dig into the character of Macbeth – what kind of a man was he?

From the moment the Macbeth character is told by the three witches that he is going to be king we find ourselves inside his mind, unable to see things in any other way. In reading or watching the play, this goes on for some time, and we are party to the internal tension that preoccupies him.

Being inside his mind and experiencing what he is, we sympathise with him, and we are on his side.  That is reinforced by the way he is described – as a hero – by others. Then he commits the murder and slowly, we begin to hear the voices of other characters talking about him and presenting him in a different light, and we start seeing him through the eyes of others rather than from exclusively inside his head. We now begin to see him differently.

Then, right in the middle of the play, Shakespeare does something absolutely extraordinary – something we are used to after four hundred years but which must have been shocking to every mother and father and every other person in his audiences: he has Macbeth’s murderers slaughter a child onstage, with the child crying for his mother.

Shakespeare is not doing that just to give his audience some extreme theatre violence: he is doing it to horrify us, expose Macbeth’s depravity and wrench us away from him so that whereas less than an hour before we were in sympathy with him we are now on the side of his opponents.

So we have a basic contradiction to deal with in our assessment of Macbeth. Are we dealing with a hero or a villain?

Perhaps the first thing we should say about Macbeth is that he is corruptible and not prepared to reverse the journey to complete depravity that he has embarked on. At one point he considers it but then he says that he is too far in to go back (I am in blood stepp’d so far that, should I wade no more, returning were as tedious as go o’er – Act 3 Scene 4). That is interesting, considering our first impression of him – that he is steadfast, honorable and loyal to the king. He is none of those things, in spite of that first impression. Even though, after some horrific acts of violence, he would like to reverse it, he does not have the integrity to do so.

Macbeth is easily influenced. He is weak-willed. Lady Macbeth recognises that and tells him scornfully that he is ‘too full of the milk of human kindness.’ The witches don’t have to suggest that he kill Duncan: they know that he will come to the conclusion that that’s what he has to do to achieve his ambition: the very fact that they tell him that he will be king is enough to allow his ambition to take over. However, although the idea of killing Duncan drifts through his imagination as a way of fulfilling his ambition, he more or less rejects it. There is still some sense of honor and loyalty in him at that point. Enter Lady Macbeth, who uses her manipulation skills to persuade him. He wavers but it doesn’t take long for her to succeed and he commits to the scheme.

At the root of Macbeth’s trouble is his ambition. He himself categorises his ambition as ‘vaulting,’ He talks about it almost as though it’s a nuisance to him. After having decided, with his wife, to kill Duncan, he leaves the banqueting hall and reflects on having agreed to kill Duncan. He outlines all the reasons why he shouldn’t kill his king, admitting that there’s no good reason to do it but that his ambition is so compelling that it just sweeps all those things aside.

The bottom line is that he does not want to go ahead with it and is ready to defy his ‘vaulting’ ambition, but just at that point, Lady Macbeth joins him. He tells her “We will proceed no further in this business.”  She has to think fast and she does and comes out with her most persuasive arguments, all aimed at his vulnerabilities. First she calls him a coward – something that strikes his vanity and is intolerable to him. Then she questions his manhood, again something that strikes his pride. He tries to argue, telling her that it isn’t manly to kill one’s king, but she is using the concept of manhood as something more physical.  Having his masculinity attacked stings him and he gives in. They are now set to kill Duncan but it has been a close shave, with Macbeth almost abandoning the scheme.

Macbeth achieves his ambition. He kills Duncan and becomes king but even at the beginning of his reign, there are those who know that he is guilty of murdering Duncan, and who start moving against him. Macbeth now becomes plagued with guilt and remorse and the fear that he is going to lose what he has made such a sacrifice to achieve. He becomes deranged with feelings of paranoia and embarks on a reign of terror, moving against his opponents. This shows how easily he is able to reach the bottom levels of human behaviour.

Macbeth’s fortunes decline and he has to commit more violent crimes to stay in power. In time he comes to the view that pursuing his ambition was not worth it. It’s hollow.  In one of Shakespeare’s most remarkable soliloquies, Macbeth reflects on life as it really is as opposed to the fantasy that his ambition has imagined. Lady Macbeth’s guilt has driven her crazy and she eventually commits suicide. On hearing about it Macbeth is too preoccupied with himself even to care:

She should have died hereafter;
There would have been a time for such a word.
To-morrow, and to-morrow, and to-morrow,
Creeps in this petty pace from day to day
To the last syllable of recorded time,
And all our yesterdays have lighted fools
The way to dusty death. Out, out, brief candle!
Life’s but a walking shadow, a poor player
That struts and frets his hour upon the stage
And then is heard no more: it is a tale
Told by an idiot, full of sound and fury,
Signifying nothing. (5.5.20-31)

What he does here is sum up his whole life, and he comes to the conclusion that it’s completely worthless. In this soliloquy, he reflects that everything we do in life, all the passion we express, is just noise, and means nothing. The soliloquy is a comment about ambition – it is a tale told by an idiot. It is all just noise and it has no substance. In this, we see that Macbeth is not totally without an understanding of what he has done and what its result is. Although he has been consumed with fear, he is not afraid to confront himself and admit failure. (Read more Macbeth ambition quotes.)

We can say Macbeth exhibits himself as a brave man. Before we meet him he is described by others as a brave man. When we first have an opportunity to hear Macbeth’s thoughts at length, in the soliloquy ‘If it were done when ‘tis done,’ we see the soldier – the physical man – which is what Macbeth is. Although he is not talking about physical things his language is physical. In his search for words to express what he is thinking he can’t help using the language of physical action. He uses words like ‘catch’, ‘blow,’ ‘trammel up,’ ‘jump,’ ‘shut the door,’ ‘bear the knife,’ ‘taking off’, ‘striding’, ‘blow the horrid deed’, ‘drown,’ ‘prick,’ ‘o’erleap,’ ‘falls’.

That is how Macbeth thinks – in the language of physical action. However, during the course of the play, the bravery that has led him all his life to think in terms of ‘manly’ acts, begins to desert him as he becomes a quivering wreck when he imagines that the ghost of his friend, Banquo, has come to haunt him. It is his guilt speaking and it cowers him. As matters get worse and he is cornered in Dunsinane castle, after that period of being an illegitimate king at bay, he puts on his soldier’s armour and prepares to fight his enemies, even though the odds are heavily against him. In donning his armor he is returning to his true condition – the soldier, the brave soldier, the condition for which he is suited. A king’s robes are too big for him and in wearing them he is ‘a dwarfish thief.’

After having lost respect for him, after being horrified by him, the audience is back with him as he confronts those who are trying to kill him. He enters the battlefield and behaves with extraordinary bravery. Even when finally meeting Macduff, and discovering that he has been tricked by the witches and that he has no chance against him, he doesn’t flinch.

All that shows that in becoming king he has over-reached. When he is in battledress he is in his right element. So the bravery that we see him exhibiting at the beginning of the play, temporarily interrupted, is restored with his donning of armor, and we see the brave man as he would have been without the corruption that has ruined his life. 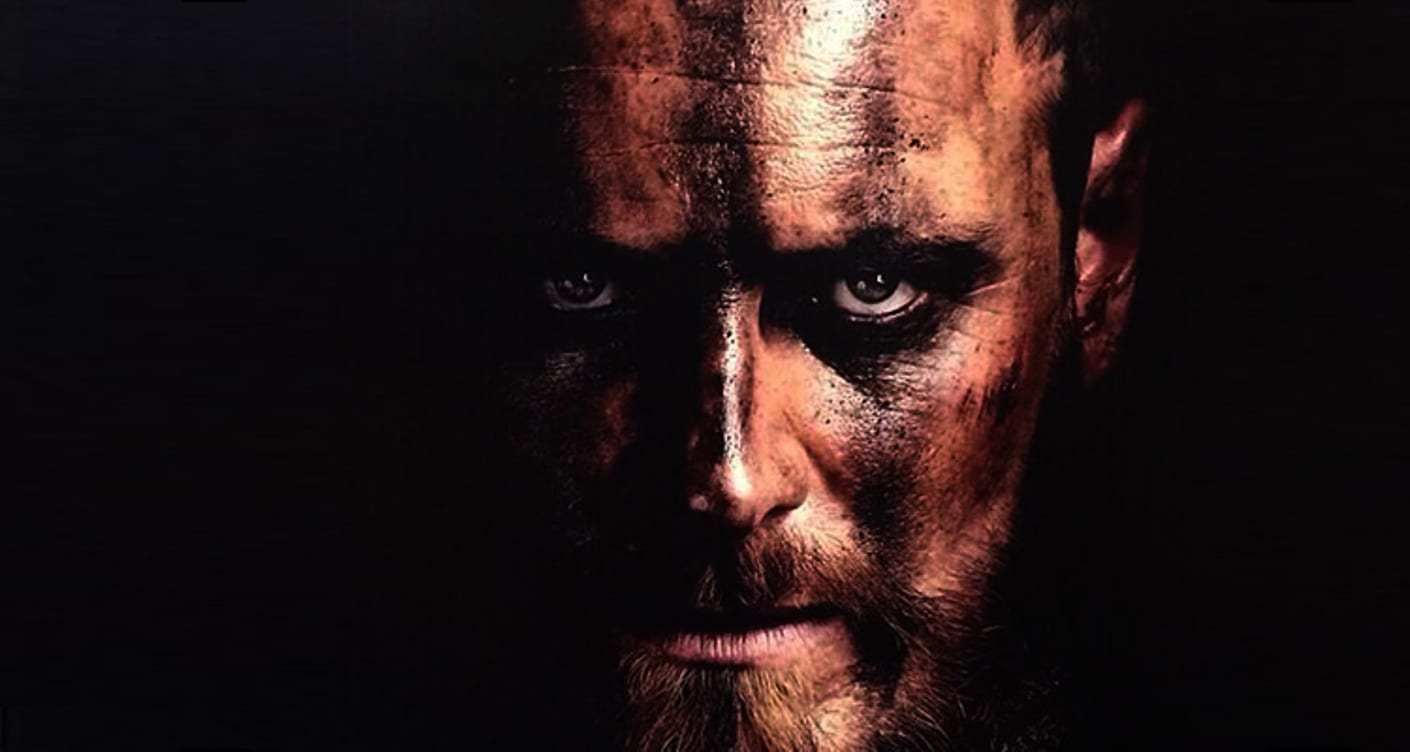 Come what come may,
Time and the hour runs through the roughest day. (act 1 scene 3)

If it were done when ’tis done, then ’twere well
It were done quickly. (act 1 scene 7)

Is this a dagger which I see before me
The handle toward my hand? Come, let me clutch thee:
I have thee not, and yet I see thee still. (act 2 scene 1)

Thou sure and firm-set earth,
Hear not my steps, which way they walk, for fear
Thy very stones prate of my whereabout (act 2 scene 1)

Will all great Neptune’s ocean wash this blood
Clean from my hand? No, this my hand will rather
The multitudinous seas incarnadine,
Making the green one red. (act 2 scene 2)

The devil damn thee black, thou cream-faced loon!
Where gott’st thou that goose look? (act 5 scene 3)

It is a tale
Told by an idiot, full of sound and fury,
Signifying nothing. (act 5 scene 5)