Gertrude is a character in Shakespeare’s play, Hamlet, and she is Prince Hamlet’s mother.

There are some characters in Shakespeare that defy analysis because they are too difficult to make out, and Gertrude probably heads that list. Is she a “good” person or a “bad” person, or something in-between? Impossible to tell. Does she love her son above all and unconditionally? Hard to say. Is she in any way implicated in the murder of Hamlet’s father, the king? Impossible to gauge. Why did she immediately marry her dead husband’s brother? Still no answer. Does she love Claudius? Who knows? 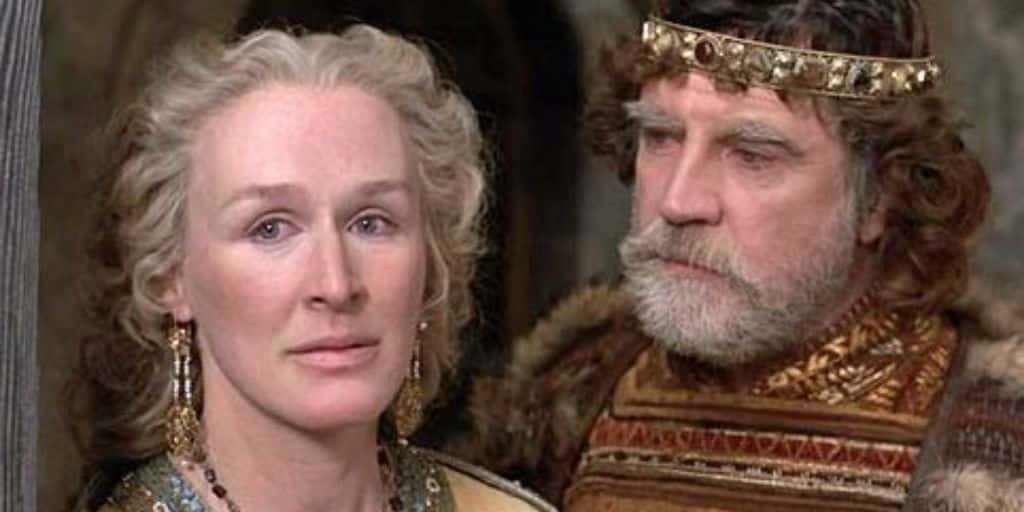 There are some things that are clear about Gertrude – she is a woman who is defined by her desire for station and affection, and she has a particular approach to men – using them to fulfill her instinct for self-preservation. She is a very attractive woman and has something about her that has made her capture two kings. She moves almost like a sunflower seeking the sun, from one influential male to another. That places her in a position of being dependent on the men she’s involved with, and that’s why we can’t answer those questions. Hamlet is frustrated by that tight-rope walking by his mother, her inability to commit, one way or another, which leads to his famous condemnation of women generally, based on what he observes in his mother – “Frailty, thy name is woman!”

Shakespeare does not give Gertrude any soliloquies so we never know what she’s thinking. We never see her reflecting on her situation so we don’t know whether she’s able to think critically about it. She seems just to move instinctively to safe positions, such as immediately going to Claudius after her confrontation with Hamlet. She seems, at first glance, to have no moral backbone. Her instinct is to prefer being a queen to being the mother of a king.

In public settings or social situations we see a gracious queen, charming and confident in those settings, but always as the consort of a man, in this case, Claudius, for whom she makes a beautiful and gracious royal partner.
One consistent aspect of Gertrude, and the thing that gives her the ability to attract the most powerful men, is her sexuality, which is, at the same time, a problem for her son. Even in high official moments, when Claudius is dealing with state matters, he can’t wait to get her back into bed. Hamlet sees this and reacts very strongly to it. He is unable to bear the mental image of his mother having sexual intercourse with Claudius, and during his confrontation with her in her bedroom, he shows his obsession with that.

The bedroom scene, Act 3 Scene 4 is pivotal. It is the first and only time that Hamlet and Gertrude are alone together on stage. It is the intensity of their interaction, as well as the shock of Polonius’s assassination that shakes her out of her comfortable moral blindness.

It is from that point that we begin to see something of a departure from Gertrude’s quest for safety. Despite her overwrought response to her highly emotional son, she is able to make a positive gesture. She agrees not to tell Claudius that Hamlet is not mad, as everyone thinks he is, but only pretending to be mad. She says:

“Be thou assured, if words be made of breath
And breath of life, I have no life to breathe
What thou hast said to me.”

She also agrees not to divulge what she knows about the murder of her first husband. That move away from her default position paves the way for the tragic finale of the play and her role in it.

Gertrude’s moral awakening makes her a key figure in the subsequent events and an agent of Hamlet’s revenge. Although she can be seen as passive during the first half of the play it is in the final scene that she realizes her dramatic potential.

She disobeys Claudius by drinking the poisoned wine and dies with a cry of The Drink! The Drink! I am poisoned, thus identifying Claudius as her killer. Throughout the play, Hamlet has been uncertain and hesitant but it is Gertrude, at the end of the play, who performs this clear act of confirmation of Hamlet’s suspicions and gives him both the motive and the cue for killing the king.

How to play Gertrude on the stage is more problematic than would be the case for most of Shakespeare’s characters because of the difficulty of defining her character. Is she sexually obsessive, is she aware of the complexity of the political life that is going on around her, is she in love with her powerful king, is she an enigmatic drifter? She can be played in any of those ways and, indeed, she has been in the most notable stage and film performances of Hamlet.

Do not forever with thy vailèd lids
Seek for thy noble father in the dust.
Thou knowst ’tis common: all that lives must die,
Passing through nature to eternity.

The lady doth protest too much, methinks

This is the very coinage of your brain.
This bodiless creation ecstasy
Is very cunning in.

Hamlet, thou hast thy father much offended

Oh what a rash and bloody deed is this!

O Hamlet, speak no more.
Thou turn’st my eyes into my very soul,
And there I see such black and grainèd spots
As will not leave their tinct.

This is the very coinage of your brain.
This bodiless creation ecstasy Is very cunning in.

You answer with an idle tongue