Hermia is a character in Shakespeare’s play A Midsummer Night’s Dream, named after Hermes, the Greek god of commerce. Hermia is one of the two women in the pairs of lovers made up of Lysander and Hermia and Helena and Demetrius, making for a complicated plot following the story of a shifting love quadrangle. 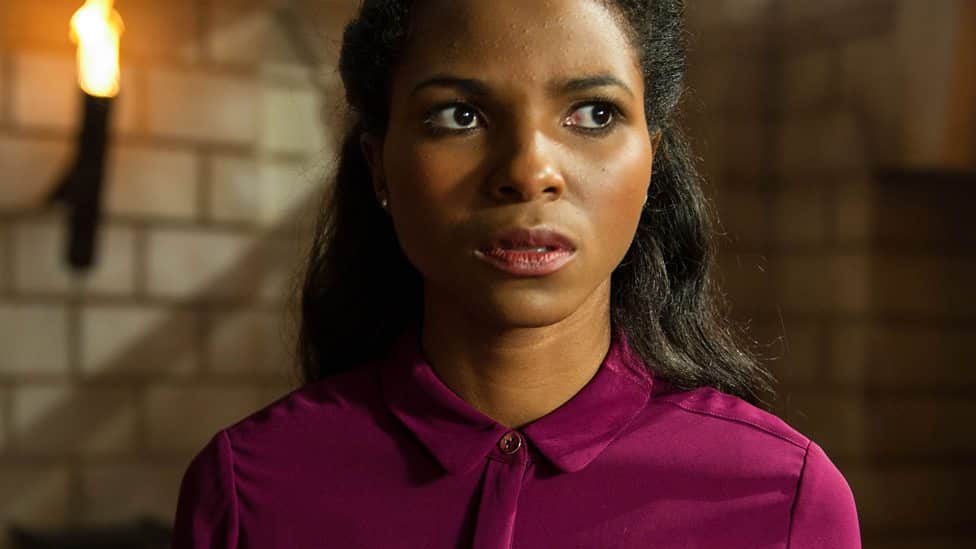 Hermia’s father uses his parental prerogative to force his daughter to marry the wealthy young nobleman, Demetrius. She is in love with Lysander, though, and refuses. Her father takes her to the Duke who warns her that if she doesn’t marry Demetrius she will be locked away in a nunnery for the rest of her life.

She decides to run away with Lysander. They have to pass through a wood to get to the place where they are going to go into hiding. Hermia’s friend, Helena tells Demetrius and he follows them into the wood that they have to pass through. She is in love with Demetrius and runs after him. He hates Helena and is verbally abusive to her. The wood is inhabited by fairies and ruled over by a fairy king. The fairy king observes Demetrius and Helena quarreling and tells his servant, Puck, to use a love potion to make Demetrius fall in love with Helena.

Puck is confused by there being two young men and he puts the potion in Lysander’s eyes by mistake. That results in the love relationships among the four being mixed up. To rectify it Puck tries again but it makes things even worse. Now both men are in love with Helena. The two men end up fighting and Hermia and Helena fight too.

It ends happily, however, with Demetrius and Helena eventually united and Hermia forgiven and being allowed to marry Lysander.

Hermia is one of Shakespeare’s stronger women. Elizabethan women could not refuse to do as their fathers told them to as a father’s word was law, and there was no appeal. Hermia is one of the women in Shakespeare’s plays who suffer as a result of the way that men treat them but she takes very strong action to counter the bullying from both her father and the Duke, Theseus. She turns her back on the safety and comfort of a wealthy, stable home and enters into the unknown with her lover.

Hermia is outspoken and self- assertive. When Theseus argues in her father’s favour that ‘Demetrius is a worthy gentleman,’ Hermia boldly retorts, ‘So is Lysander’ (act 1, scene 1). That kind of response gets her into trouble but it isn’t such a problem for her because she is independent-minded and does not depend on the goodwill of others. She again demonstrates her assertiveness and independence when she is alone in the woods with Lysander. When they lie down for the night, Hermia is very careful to be protective of her chastity and commands Lysander to lie farther away from her. When Lysander continues to insist, she argues:

Lie further off, in human modesty;
Such separation as may well be said
Becomes a virtuous bachelor and a maid. (act 2, scene 2)

Her ability not to be persuaded or seduced by Lysander shows us that she is strong and independent-minded enough to stand by her own beliefs.

Hermia is calm and rational. This is evident in comparison with her friend Helena’s careless temperament. When Helena insults her by referring to her short stature, Hermia does not respond with a similar barrage of insults. Helena calls her a puppet and does that over and over again in several references to her petite frame. Hermia’s retaliation to her tall friend is limited to a single stinging word –‘maypole.’

So will I grow, so live, so die, my lord,
Ere I will yield my virgin patent up
Unto his Lordship, whose unwishèd yoke
My soul consents not to give sovereignty.

If then true lovers have been ever crossed,
It stands as an edict in destiny.

Before the time I did Lysander see
Seem’d Athens as a paradise to me.
O, then, what graces in my love do dwell
That he hath turned a heaven unto a hell!

By all the vows that ever men have broke
In number more than ever women spoke
In that same place thou hast appointed me,
To-morrow truly will I meet with thee.

And are you grown so high in his esteem
Because I am so dwarfish and so low?
How low am I, thou painted maypole? Speak.

Methinks I see these things with parted eye,
When everything seems double.