Juliet Capulet is one of the main characters in Shakespeare’s play Romeo and Juliet.

When we first see Juliet Cupulet we meet an Elizabethan teenager, almost fourteen years old, from a wealthy family. Her behaviour is what we would expect of a well brought-up, protected, girl without any experience of life and dependent on the elders around her. She is innocent, modest, and docile, somewhat reserved in the presence of adults and respectful of her mother’s authority.

Before long, though, we see another side to her – a side the adults responsible for her seem unaware of in the early scenes of the play. Meeting Romeo Montague and the swift events that follow bring out the real Juliet with qualities that have been lying dormant, but are now sparked by a powerful hormonal surge. We begin to see what lies beneath that exterior – qualities ripe for development: intelligence, a passionate nature, courage and determination, and unwavering commitment.

When she appears on the balcony after her breathtaking sexual awakening she is full of longing for Romeo. She has already begun her journey to emotional independence by allowing Romeo to kiss her at their very first meeting. And now, on the balcony, she takes the lead. She speaks twice the number of lines as Romeo. She declares her love in one of Shakespeare’s most profound images of selfless love:

My bounty is as boundless as the sea,
My love as deep, the more I give to thee
The more I have, for both are infinite.

At the same time, she is very aware that she is too impatient, moving too fast. ‘It is too rash, too unadvis’d, too sudden,’ she tells herself, but her newly awakened confidence overrides any doubts, and topping everything is the molten passion that Romeo has stirred up.

As she develops, at lightning speed, she moves into the realm of being one of Shakespeare’s strong women. The demure, respectful obedient girl’s inner strength now comes fully into play. She is the one who proposes the marriage, with complete confidence that it’s what she wants. We then see her defying her father when he demands that she marry Paris – something that takes him by surprise, and that he is unable to cope with, leading him to resort to violence. Juliet’s father is a tough, successful man of the world and she is a cosseted teenage girl but she stands up to him in a way that even her fiery cousin, Tybald, is afraid to.

When Juliet visits Friar Laurence she displays remarkable courage, first in her assertion that she would kill herself rather than marry Paris, something she means, and then in her willingness to accept the hazardous plan of the reckless friar. Back at home she becomes isolated when the Nurse lets her down, but even then, all alone, she enacts the friar’s crazy plan and, in spite of the terror of waking up in a tomb that plays heavily on her imagination, drinks the potion that will make her appear to be dead. Later, when she wakes up in the tomb, unwilling to live without Romeo, she has the courage to kill herself.

One of the reasons that Romeo and Juliet has been so successful over the past four centuries is that it has Juliet Capulet as one of its protagonists. Her striking intelligence, steely determination, sharp self-awareness and remarkable courage place her at the very top of the league of powerful Shakespearean women.

My only love sprung from my only hate!
Too early seen unknown, and known too late!
Prodigious birth of love it is to me,
That I must love a loathed enemy. (act 1, scene 5)

O Romeo, Romeo! Wherefore art thou Romeo?
Deny thy father and refuse thy name,
Or if thou wilt not, be but sworn my love,
And I’ll no longer be a Capulet. (act 2, scene 2)

Tis but thy name that is my enemy.
Thou art thyself, though not a Montague.
What’s Montague? it is nor hand, nor foot,
Nor arm, nor face, nor any other part
Belonging to a man. O, be some other name!
What’s in a name? That which we call a rose
By any other name would smell as sweet. (act 2, scene 2)

Good night, good night!
Parting is such sweet sorrow,
That I shall say good night till it
be morrow.And yet I wish but for the thing I have;
My bounty is as boundless as the sea,
My love as deep; the more I give to thee,
The more I have, for both are infinite. (act 2, scene 2)

Give me my Romeo; and, when he shall die,
Take him and cut him out in little stars,
And he will make the face of heaven so fine
That all the world will be in love with night
And pay no worship to the garish sun. (act 3, scene 2) 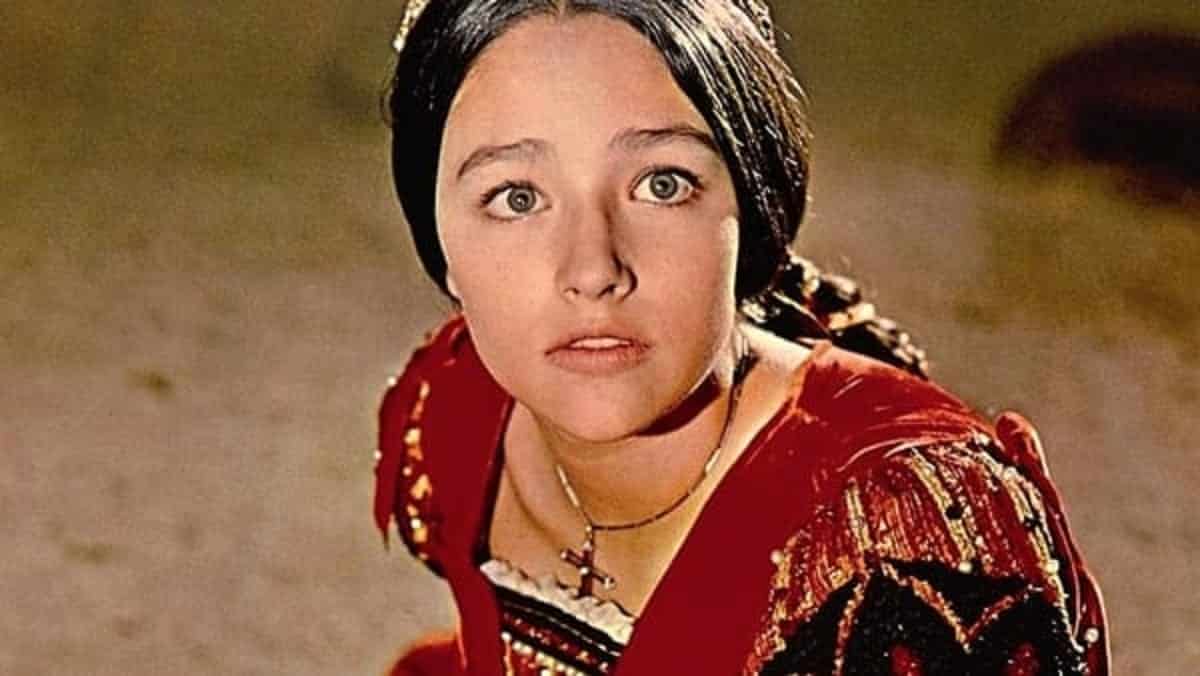