You are here: Home1 / Shakespeare Characters2 / Lucio, Measure for Measure

Measure for Measure is possibly Shakespeare’s darkest play. It deals with moral corruption and its terrible effects and consequences. Lucio is a secondary, but important, character in the play.

Vienna, in the eyes of its rulers, has become a den of depravity and sexual license. Nevertheless, the Duke, Vincentio, has decided to take a break (although this turns out to be a deception as he wanders around Vienna disguised as a friar). He appoints a substitute, the well-regarded, Angelo, to run things in his absence.

Angelo’s first act is to announce that he is going to take a zero tolerance attitude to the epidemic of immorality that has infected Vienna. One of the first victims of his policy is a young man, Claudio, who has got his fiancé, Juliet, pregnant, and is sentenced to death for fornication. 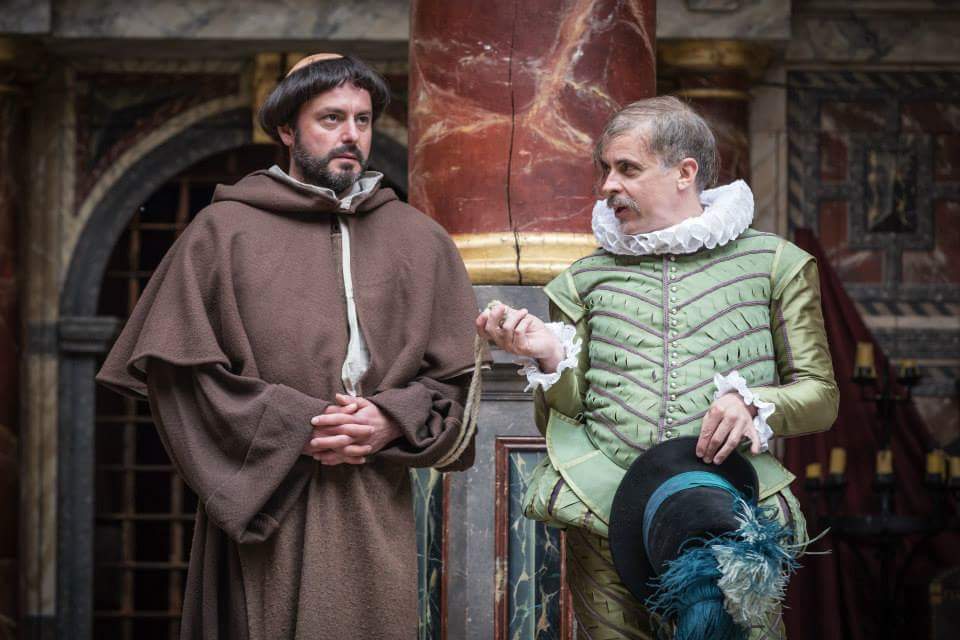 His sister, Isabella, who is about to take her vows as a nun,  goes to Angelo to beg for mercy on his behalf. Angelo, overwhelmed by lust for her, tells her that he will pardon her brother if she will have sex with him. The story takes off from there and, after many twists and turns, Angelo is exposed and punished.

Shakespeare populates the play with prostitutes, bawds, pimps, criminals, and other sundry common folk. One of them is Claudio’s friend, Lucio, who tries to help him in his desperate plight.  Dark as it is, the play has quite a strong comedic element, driven by a large collection of minor characters, the denizens of Vienna. Lucio, a flamboyant bachelor, contributes substantially to that.

Lucio has a wicked sense of humor and is very mouthy and loud. He is the town gossip and thinks nothing of exaggerating, or even lying.  When he is onstage it is pure comedy and his colourful language is a delight. He spreads rumours that Angelo was spawned by a mermaid and that he urinates ice. He is very sociable and friendly, always seeking the spotlight, but slanders everyone he meets behind their back. He is also an informer and is responsible for several of his victims being arrested. He gets into big trouble when he tells the itinerant friar (Duke Vincentio in disguise) that the Duke habituates the town’s brothels. Unlike the audience, Vincentio is not amused by that! Lucio’s only redeeming qualities are his loyalty to his friend Claudio and his efforts to help him.

At the end of the play he is punished by the Duke by being made to marry a prostitute, Kate Keepdown, whom he has made pregnant and abandoned.  Most notable about Lucio among Shakespearean characters is his view that marriage is in itself a form of torture – a fate worse than death. “Marrying a punk, my lord,” he tells the Duke, “is pressing to death, whipping and hanging.”  He is expressing a central theme of the play – that matrimony is a form of punishment.

Grace is grace, despite of all controversy act 1, scene 2

‘Tis a secret must be locked within the
teeth and the lips act 3, scene 2

When he makes water his urine is
congealed ice act 3, scene 2

Marrying a punk, my lord, is pressing to death, whipping and hanging. act 5, scene 1