Malvolio is a character in Shakespeare’s play, Twelfth Night.

Malvolio is the steward (chief of staff) of a wealthy lady, Olivia. She has a large household with a score of servants, frequent guests, a jester, and a live-in uncle, Sir Toby Belch. 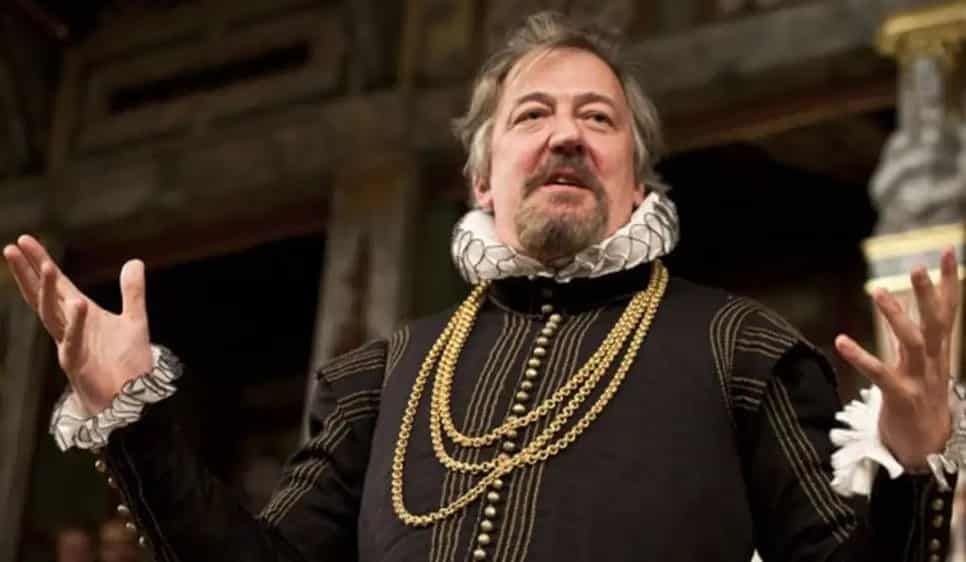 Malvolio appears in most scenes and is characterised throughout as a puritanical, fun-spoiling, pompous, humourless man. He is a snob, and jealous of his status as head of the household. He has an inflated opinion of himself and considers himself to be perfect. At the same time he has no idea of how to deal with people.

He interferes with anyone having fun, reprimanding them for getting drunk and disorderly, keeping late hours and being noisy. He does that in an aggressive, confrontational way. They decide to punish him for it.

His humourless and social-climbing attitude to life make him an easy target for everyone – servants, guests and relatives of Olivia alike – and he becomes the victim of a cruel joke that drives most of the comedy in the play.

Some of the household, led by Sir Toby and Maria, one of Olivia’s ladies-in-waiting, devise a plot that plays to his delusionary opinion of himself. They write a letter that seems to have been penned by Oliva, and leave it where Malvolio will find it. The letter suggests that she’s fallen in love with him.

Malvolio falls for it and that drives his behaviour, in which he makes a fool of himself and provides entertainment for the whole household. The letter writer instructs the black-suited puritan to wear the latest fashion, which is yellow stockings and garters that cross each other up the wearer’s legs (cross garters).

Yellow is, in fact, a colour that Olivia can’t abide, and she is also contemptuous of the emptiness of fashion. The letter also instructs Malvolio to smile, something no-one has ever seen him do. So when he appears with a rigid smile, wearing the yellow stockings with cross garters, she thinks he has gone mad, particularly as he addresses her in sexually suggestive language. As a result she has him locked up in a cell.

The other characters have a great deal more fun with him as they take their revenge, visiting him in his cell and goading him, watching his suffering, and laughing at him.

He is released at the end of the play and he sours the celebratory atmosphere as, in true comic mode, the characters are paired up in love relationships after all the misunderstandings and near-misses during the course of the play.

Unlike in most Elizabethan playwrights’ work, Shakespeare’s comedies, while having that joyous resolution, always have something quite unpleasant beneath it, and it is the cruelty inflicted on Malvolio and his appearance as a broken man swearing to take his revenge on his tormentors that provide the unpleasant taste left in the mouth after watching  that scene in Twelfth Night.

I marvel your ladyship takes delight in such a
barren rascal. (act 1, scene 5)

Be not afraid of greatness. Some are born great, some achieve greatness, and others have greatness thrust upon ’em. (act 2, scene 5)

there was never a man so notoriously abused (act 4, scene 2)

Madam, you have done me wrong,
Notorious wrong. (act 5, scene 1)