Oberon is a character in Shakespeare’s A Midsummer Night’s Dream.

The play is very much a dream filled with magical activities, fairies, and all kinds of fantasies. The world it portrays is one in which there are two very  different political and social dimensions existing together in parallel with each other. The material world in which we all live is ruled by a Duke – Thesesus. The other is a magical, fairy society that is invisible to mortals, ruled by a King – the Fairy King, Oberon. 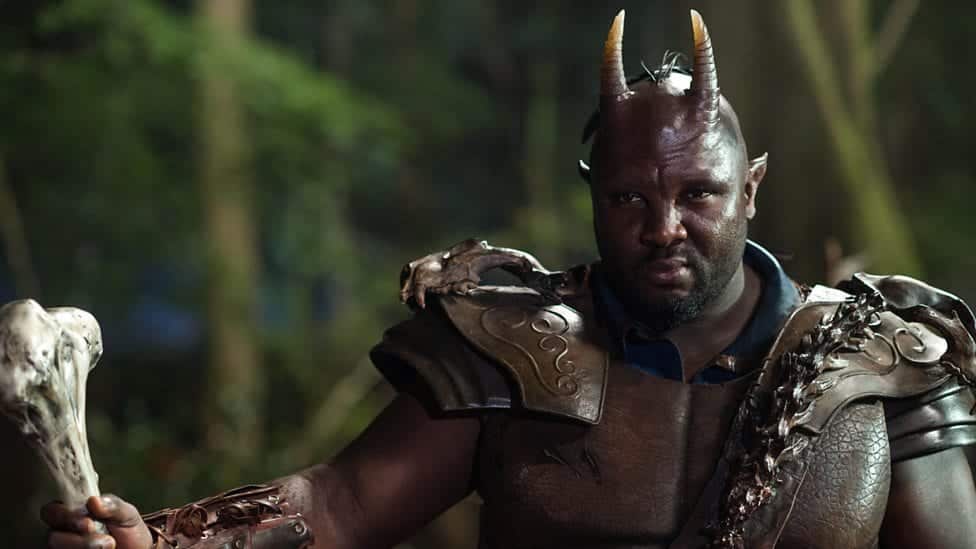 Oberon as played by Nonso Anozie

The parallels are so strong that some modern performances of the play have Theseus and Oberon played by the same actor, thereby drawing close attention to those parallels. The two characters don’t appear together in any scene so such a production decision is feasible.

As the play opens we see Theseus and Hypolita, the Queen of the Amazons. preparing for their marriage. At the same time Oberon and his wife, the Fairy Queen, Titania, are having marital problems.

The Duke of Athens and his bride-to-be are interrupted in their preparations by a citizen, Egeus, who is very upset because his daughter, Hermia, is refusing to marry the man he has chosen for her – the wealthy young Demetrius. She is in love with Lysander, another wealthy young Athenian and is determined to defy her father.

Theseus orders her to obey her father and, if she continues to refuse, she will have to choose between being executed or having to live as a nun in a closed convent for the rest of her life, never again to set eyes on a man.

Hermia and Lysander, decide to run away together, to seek refuge in his Aunt’s house, and on their way there they pass through the forest where the fairies live.

So we have two young couples in a very complex love quadrangle. Oberon observes it as the complexities are played out. He decides that it would be fun to use magic to make Demetrius fall in love with Hermia and, through his servant, Puck, interferes with that dynamic. The plan goes wrong because Puck mistakes one of the young men for the other and that dramatic mistake is responsible for the many twists and turns in the plot.

It’s difficult to judge Oberon’s character as he acts in contradictory ways. On the one hand he is compassionate and generous in his dealings with the young lovers and on the other he behaves like a jealous power freak in his dealings with Titania. He is incredibly cruel to her, casting a spell on her in which she would fall in love with the first thing she sees when she wakes up after a sleep. In the event she wakes up and sees the grotesque Nick Bottom, who has been turned into a donkey by Puck. Oberon takes great pleasure in the grotesque spectacle.

Apart from that, Oberon is generally controlling. The reason for casting the spell on Titania is because she has a foster child and refuses to give the boy to him. He only releases her from the spell after he has got his way. There is no real reason for his wanting the boy other than the suggestion that it is simply a matter of exercising power over Titania.

Oberon is an unfaithful husband. It is clear throughout the text that he has had multiple affairs. Moreover, he is devious in his pursuit of sexual gratification. At one point, in order to make a conquest of a shepherdess, Phillida, he deceived her by disguising himself as a shepherd.

Oberon’s attitude to romantic engagement is like hunting – a sport, in which there is a target  to be hunted. This is another parallel with Duke Theseus.

I know a bank where the wild thyme blows,
Where oxlips and the nodding violet grows,
Quite over-canopied with luscious woodbine,
With sweet musk-roses and with eglantine:
There sleeps Titania sometime of the night,
Lull’d in these flowers with dances and delight;
And there the snake throws her enamell’d skin,
Weed wide enough to wrap a fairy in:
And with the juice of this I’ll streak her eyes,
And make her full of hateful fantasies. (act 2, scene 1)

What thou seest when thou dost wake,
Do it for thy true-love take (act 2, scene 2)

Sound, music! Come, my queen, take hands with me,
And rock the ground whereon these sleepers be. (act 4, scene 1)

Now, until the break of day,
Through this house each fairy stray (act 5, scene 1)