Henry IV Part 1 is one of Shakespeare’s most popular history plays and it is in that play that we see Prince Hal at his best. That is not fully true though, because when he becomes king we see him, in Henry V, as Shakespeare’s idea of the perfect monarch, but when we are thinking about the character ‘Prince Hal,’ it usually means the young prince in Henry IV Part 1. 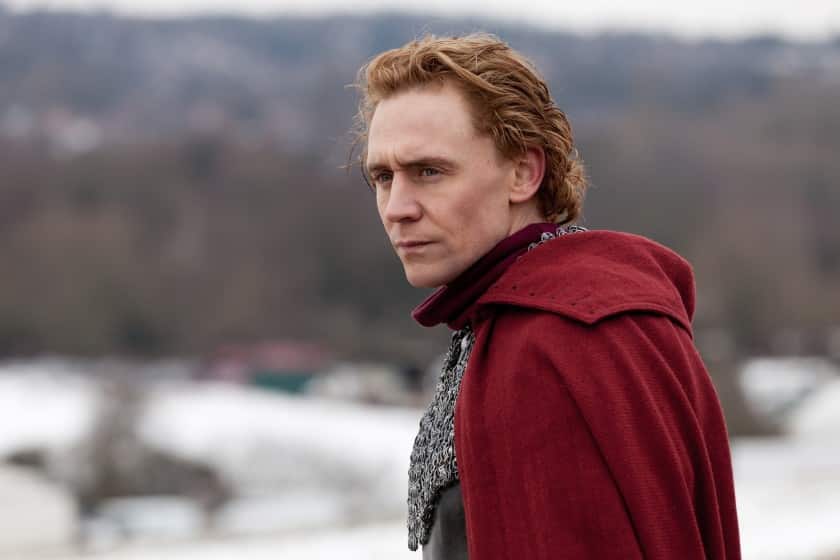 As plays go, Henry IV Part 1 is as near perfect as any play could be. It is highly comical while being very serious; it is dramatic in the true sense of the word; its characters are some of the best realised in English plays and each episode in the pub in which much of the action takes place, is a gem. None of that even addresses the fact, however, that its language is a tour de force of poetic expression.

Hal is the elder son of King Henry IV –  the Prince of Wales. His name is Henry, sometimes referred to as Harry of Monmouth, but his friends call him Hal.

Hal’s father, King Henry, is not really a legitimate king in the sense that kings get their legitimacy from God, being divinely appointed by Him. King Henry, previously Henry Bolingbroke, overthrew the legitimate king, his cousin Richard II, and made himself king. He is therefore not regarded by everyone as having the right to the throne and he has found it difficult to reign. There have been so many opponents, mainly because of his illegitimacy, that he has been unable to reign and as Henry IV Part 1 opens he is facing a rebellion. It is he who utters the famous sentence “Uneasy lies the head that wears a crown.”

Unfortunately for him his young heir does not appear to be interested in being king, or even being involved with anything to do with the royal court. Instead, he has disappeared into the underbelly of London, living in a pub and hanging out with the unsavoury characters who frequent it, including thieves, swindlers, drunks and prostitutes.

It is interesting to consider what Shakespeare is doing in the development of Hal over the three plays. It begins with Hal having no apparent interest in anything to do with government, military affairs, social position. His only interest appears to be in wasting time daily, drinking and lounging about with a bunch of disreputables in the Boar’s Head Tavern in Eastcheap, leaving his brother, John of Lancaster, to carry out the royal duties that he has rejected. By the time Shakespeare gets to Henry V, however, Hal is a wise, courageous and much-loved king. The two Henry IV plays carefully plot that course.

Perhaps what Shakespeare is doing is demonstrating that, after all the bad kings, it is to do with what the apprenticeship for the job of monarch should be, because here we have a young king who really understands, not just matters of government and war, but the people of his nation. Perhaps Shakespeare is suggesting that a nation is made up of ordinary people, and to be able to reign over them with wisdom and compassion a king should experience ordinary people. He should know some, live among them, understand where they’re coming from and count some among his friends.

We watch as Hal involves himself in the planning of a highway robbery but we also see that he doesn’t involve himself in the execution of the plan. We notice that although he is immersed in that life he takes care not to do anything illegal or harmful to anyone. He actually takes us into his confidence after a night of heavy drinking with his friends. He assures us that his approach is a disguise. Everyone will think he’s disreputable but in reality, he’s learning from the lifestyle he is living and the people he is living it with, and also, he plans to emerge in a dramatic reformation that will amaze his friends and rise, like the sun from the darkness, as a good king.  By the end of the play Hal has redeemed himself on the battlefield by saving his father from the rebels.

In Hal Shakespeare has created a very interesting character. On the one hand, he is very engaging, charming and warm – all qualities he is going to need as a successful leader. He is very popular among the denizens of the Boar’s Head – not because he is the heir to the throne, but because of his personality. On the other hand, he is manipulative in the way he arranges everything around him to his benefit and uses people who trust him. And he is ruthless. That is an important component of leadership. After a close association with Sir John Falstaff in the tavern, drinking with him nightly and engaging in jokes, tricks, and conversations with him all day long, leading Falstaff into believing that he is deeply in favour with the future king when Hal does become king he ruthlessly and cruelly rejects him, which leads to the death with a broken heart of the old man.

One of Hal’s favourite companions is Bardolph, who he promotes to lieutenant in the war. However, after the fall of Harfleur Bardoph is charged with looting after stealing from a church. Hal does not help him. He is sentenced to death and Hal consents to that. It’s an indication of Hal’s resistance of any temptation to act corruptly. He is honest and exercises judgment without fear or favour.

The main interest in the play are the relationships between Hal and his father on the one hand, and Hal and Falstaff on the other. These two men of the generation above that of Hal create are both important in Hal’s development.

Hal’s relationship with his father is tense and strained. The king disapproves of his son, which drives Hal further from him. Hal is relaxed and easy with the Falstaff. He speaks to him in ways that he would never speak to his father. He uses some of the most abusive language one can find in Shakespeare when talking to him. He calls him a “villainous abominable misleader of youth,” an “old white-bearded Satan,” a “bolting hatch of beastliness,” a “swollen parcel of dropsies,” a “stuffed cloakbag of guts,” etc. In fact, if one were to look for Shakespeare’s insults generally, one would find many of them in the language Hal uses to insult his friend.

Nevertheless, Hal feels some affection for his friend. He continually makes allowances for him and covers for him when the sheriff comes calling regarding crimes the old man has committed. Later, when Hall has a momentous fight with a rebel leader, Harry Hotspur, and kills him, he does not object to Falstaff’s taking credit for the killing.

And so, we have, in Hal, a complex character – a boiling pot of development from a very young man to a wise king. Compassionate but firm, and even ruthless; able to communicate with the lowest of society; even-handed in justice, strong in leadership – all of the things that make, for Shakespeare, the perfect monarch.

Thou art so fat-witted, with drinking of old sack
and unbuttoning thee after supper and sleeping upon

Thou didst well; for wisdom cries out in the
streets, and no man regards it.

Well then, once in my days I’ll be a madcap.

Peace, ye fat-kidneyed rascal! what a brawling dost
thou keep!

What, a coward, Sir John Paunch?

Why, you whoreson round man, what’s the matter?

I am good friends with my father and may do any thing.

Hold up thy head, vile Scot, or thou art like
Never to hold it up again!