You are here: Home1 / Shakespeare Characters2 / Rosalind, As You Like It

Rosalind is a character in Shakespeare’s play, As You Like It. She is the daughter of Duke Senior who has been deposed by his brother, Duke Frederick.

Duke Senior is banished, and after a row with her uncle, Duke Frederick, Rosalind is also banished. She flees to a cottage on the edge of the Forest of Arden, accompanied by her cousin Celia, daughter of the Duke Frederick.

Rosalind is heartbroken about the disruption to her life, especially as she has fallen in love with Orlando, a young man who lives in the city. However, she has the inner strength to do something positive rather than simply bemoan her fate. She disguises herself as a young man of the servant class and calls herself Ganymede. She remains in that mode for most of the play. Celia is disguised as Ganymede’s sister, Aliena. They are accompanied by Duke Frederick’s fool, Touchstone. At the end of the play, after a very complicated set of romantic events, all the different love matchings are resolved. Rosalind, revealed as a woman, is reunited with her father and marries Orlando. 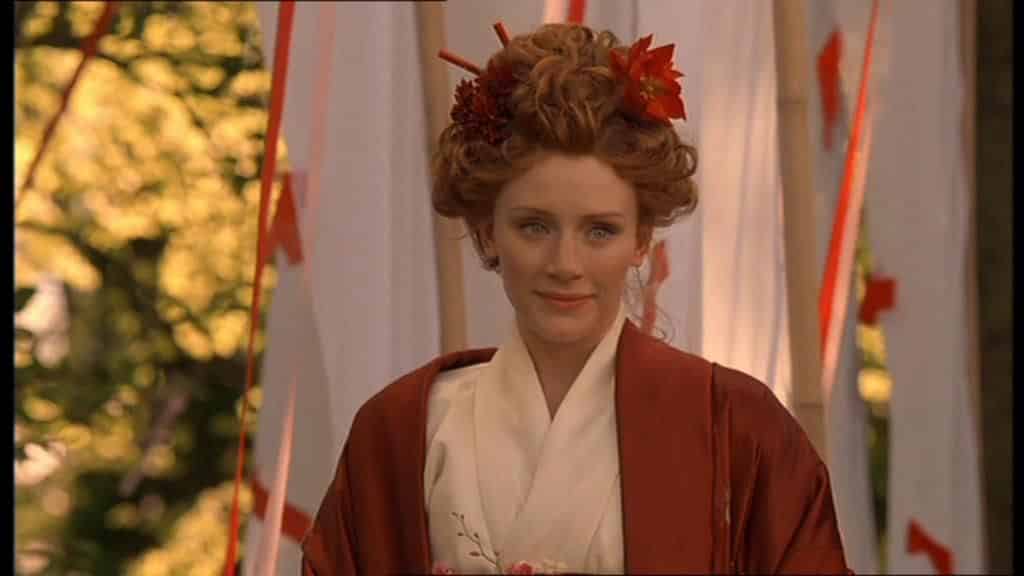 Rosalind is one of Shakespeare’s best known female characters. She is one of Shakespeare’s most intelligent characters: she is one of his strongest women characters. She is quick-witted, resilient and resourceful. And beautiful as well. She has outstanding leadership qualities, although she’s a bit of a schemer, but harmless. She is a very steadfast young woman, remaining faithful to her friends and family regardless of the dangers that presents. She is always able to find her way through any tricky situation, such as the way she presents herself as her real self, Rosalind, to her father and her lover while at the same time being a young man for Phebe so that she can change the shepherdess’s mind so that she will marry Silvius.

Rosalind is charismatic. She dominates the play, and it is through her that we see the story played out and the traits of the other characters illuminated. Her loyalty to her cousin is central to the play. She is a companion and friend as well as family to Celia. She keeps her spirits up as they have fun together.

Rosalind’s first test of strength comes when her father is exiled. A young woman would normally accompany a father in such circumstances but she decides to stay. Her loyalty is divided between going with him or remaining to protect her cousin Celia. She loves both her father and Celia and she’s emotionally torn, but puts the pain of mixed feelings aside and faces up to a difficult decision that has to be made one way or the other.

She shows her intelligence and her ingenuity when she disguises herself as a man. She does that because she knows how dangerous it is for a young woman to be away from the protection of her home. She is so convincing in that role that she even fools her father when they meet later in the play. Her courage is evident in her deploying that device as well. And all through the story she demonstrates those qualities. She knows how important her support for the other characters is and places herself last in supporting them.

“Love is merely a madness and, I tell you, deserves as well a dark house and a whip as madmen do, and the reason why they are not so punished and cured is that the lunacy is so ordinary that the whippers are in love, too.”

“Then there is no true lover in the forest, else sighing every minute and groaning every hour would detect the lazy foot of time as well as a clock.”

“I would cure you if you would but call me Rosalind and come every day to my cote and woo me.”

“’Tis not her glass but you that flatters her, And out of you she sees herself more proper than any of her lineaments can show her.”

“I see no more in you than in the ordinary Of nature’s sale-work.”

“Those that are in extremity of either are abominable fellows and betray themselves to every modern censure worse than drunkards.”

“I’ll think of something. But please, tell him how well I faked a faint. Will you come with us?”