You are here: Home1 / Shakespeare Characters2 / Rosaline, Romeo and Juliet

Rosaline appears in Shakespeare’s play, Romeo and Juliet, merely as a reference to her at the beginning of the play.

Rosaline’s appearance in Romeo and Juliet

Rosaline is not a character in Romeo and Juliet – we never meet her, we don’t see her or hear her voice. She has very little influence on the drama as it unfolds, but as a reference point she does have some function in the play.

When we first see Romeo Montague he is wandering about on the outskirts of Verona. There has just been a brawl in the middle of town among the servants of the two feuding households, the Montagues and the Capulets, that has drawn a lot of people, and the Prince has addressed them and warned them that if it happens again the perpetrators will be severely punished.

Romeo is surprisingly not present, as he is usually at the forefront of the things that are happening in town, and all his friends are there. His mother has sent his cousin, Benvolio, to find him. She is worried about her son because he has been acting strangely lately.

Benvolio finds him and discovers the reason for his strange behaviour. Romeo is lovesick and he has been wandering about in a dreamy state. He has seen a girl and fallen in love with her. He has not spoken to her and she doesn’t even know that he exists but, like many teenage boys, he’s fallen for her and can think of nothing else. She has evoked a lot of silly romantic ideas in him and he is wandering about in a trance, unaware of anything that is going on around him.

The girl is Rosaline. That’s all he, or we, know about her. And we are not going to know anything more about her than that, and nor is he.

Romeo gets over Rosaline

Other friends join the two boys and while they are laughing and making fun of the love-struck Romeo a messenger appears. He is looking for the people on the list he is carrying. It is a list of people the wealthy businessman, Mr Capulet, is inviting to a party he is having at his house. Romeo and Benvolio are not on the list, of course, because they are Montagues and are more likely to be murdered than welcomed in Capulet’s house.

The boys discuss gatecrashing the party but Romeo says that he doesn’t want to go. One of them says that Rosaline is bound to be there and this is his big chance. Romeo hesitates but finally agrees.

Wearing masks, which is what partygoers usually did, the boys go, unrecognised, to the party. There is no sign of Rosaline but Romeo sees Juliet and completely dismissing Rosaline from his mind, falls madly in love with her. The rest is history.

So we can say that the missing character, Rosaline, has a minor function as a dramatic device. A dramatic device is something that serves to drive the plot. It creates a new plot momentum or a plot twist. A major dramatic device would be the killing of Mercutio and, particularly, the subsequent death of Tybalt. Another would be the messenger carrying the message of Friar Lawrence’s plot to unite the couple being quarantined before he can deliver the message to Romeo.

Romeo’s going to the party, influenced by the argument that Rosaline is bound to be there, is a minor dramatic device. He agrees because of that argument but he might have been persuaded to go anyway because, although he is now dreamy he is usually a vital, enthusiastic, adventurous teenager, and, in fact, a leader in such things as gatecrashing parties. 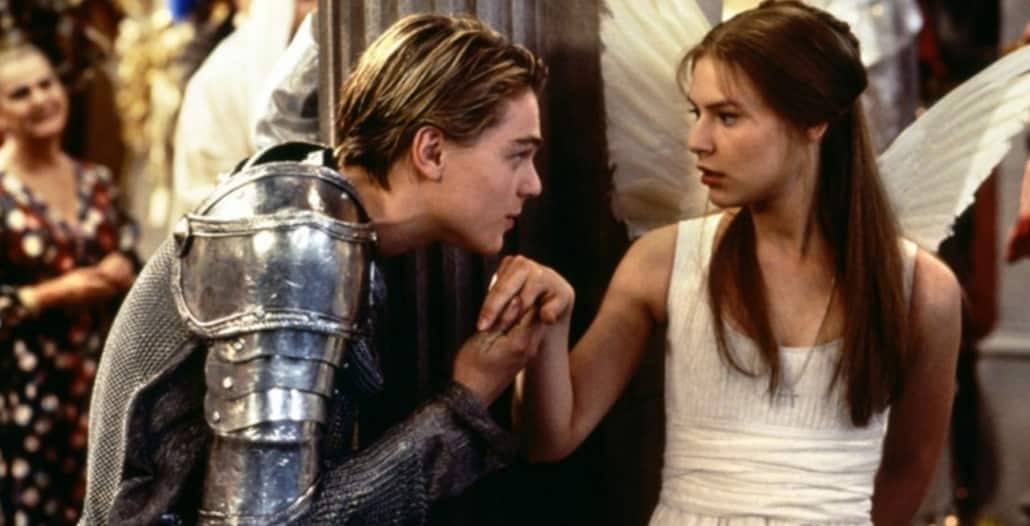 There is another, possibly more important, function of Rosaline.  She is a marker of Romeo’s emotional development. If a writer wants to show us an emotionally immature teenage boy, what better method than to show all of us who are males, what we were like when we first fell in love with a girl we had only seen.

All teenage boys go through that, and at the beginning of Romeo and Juliet Shakespeare spends some time depicting Romeo as a boy in that state. He does that because one of his preoccupations in this play is to trace a young man’s emotional development from teenage love freak to mature young adult.

The young lovers land themselves in a bad situation by defying the rigid conditions of their society and they plan to work their way around them, led by Juliet, who has a practical mind and a determination to have what she wants. Romeo is swept up in that but before long he has to take some of the responsibility, which is a sobering process, leading to swift maturing as the tragic events unfold.

In the final scenes of the play we see Romeo as a young man having to deal with grave misfortune, and if we look back to the Romeo of the early scenes, he is hardly the same person. Shakespeare has shown us a boy in love with a dream develop into a man grappling with a real situation. Romeo’s obsession with the idealised Rosaline has become a practical reckoning with an ill-fated life brought on by his relationship with a real woman.

“At this same ancient feast of Capulet’s
Sups the fair Rosaline whom thou so lovest,
With all the admired beauties of Verona”

“With Rosaline, my ghostly father? no;
I have forgot that name, and that name’s woe.”

“Holy Saint Francis, what a change is here!
Is Rosaline, whom thou didst love so dear,
So soon forsaken?”