Shylock, The Merchant Of Venice

You are here: Home1 / Shakespeare Characters2 / Shylock, The Merchant Of Venice

Shylock is a character in Shakespeare’s The Merchant of Venice.

There were not many Jews in Elizabethan London but those that were there did not have a comfortable time. They were outcasts and suffered extreme discrimination. Not many ordinary people had ever encountered a Jew and when playwrights put Jewish characters on the stage they presented them as villains. Audiences hissed and booed and threw things at the actors who played them.

It was forbidden to employ Jews and they were not allowed to enter the professions or conduct legitimate business and so, in order to survive they had to live on their wits. Many of them became money lenders, lending out money for interest. Jews therefore became associated with money-lending and those who borrowed from them accused them of charging unreasonable rates so the prejudice of their being thieves and swindlers took root and lasted for centuries. 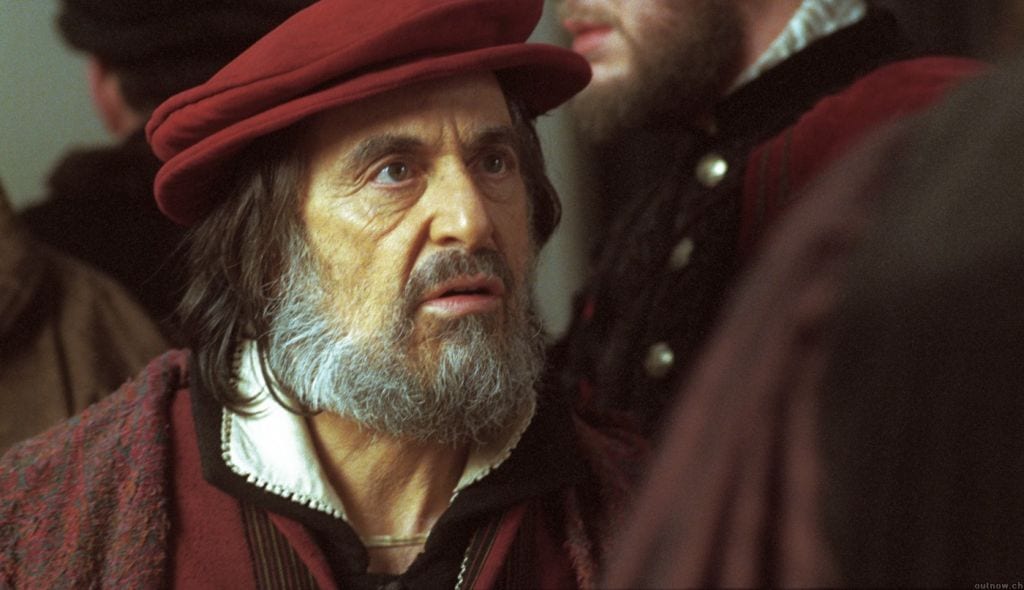 The stereotype of the Jew as a mean, dishonest money-grabbing individual has persisted, even into the twenty-first century. And Shakespeare has been accused of being anti-Semitic as a result of his portrayal of Shylock in that way in The Merchant of Venice.

But nothing could be further from the truth. It is true that Shakespeare presents Shylock as a bitter, Christian-hating, money-grabbing, stingy man, dressed in the gabardine that set Jews apart from other citizens, but he gives Shylock a strong reason for hating Christians and wanting to get revenge for how they have treated him and the Jewish community.

Shakespeare also gives us insight into the inner Shylock – not only his bitterness and anger but also his more sympathetic feelings such as the hurt he has experienced, his thoughts about the injustice of anti-Semitism and his isolation from normal society. Throughout the action of the play we see how nasty the Christians are – their shameless selfishness and brutal discrimination against Jews. Shakespeare makes Shylock’s hatred even more dramatic by having Shylock’s daughter elope with a Christian.

In The Merchant of Venice Shakespeare created a small Christian society of wealthy merchants and their friends – mainly young men who had nothing to do but hang around and gossip. Shakespeare makes them attractive people on the surface but on closer examination they are all thoroughly nasty.

One of the merchants, Antonio, is having a problem with his ships being late in returning to Venice. One of his friends, Basanio, asks him for money. He needs it to woo a wealthy woman and has no money himself but, if successful, and he marries Portia he will be able to pay it back very easily. Antonio’s money is all tied up in his business, which is in trouble and the only way he can help his friend is to borrow from a money-lender.

He approaches Shylock and even while asking for help he is unforgivingly insulting to him. He tells him that his ships will be in the port in three days and then he will be able to pay. Shylock agrees to lend him the money. He says, just as a little gambling game, more or less as a little joke, if he isn’t repaid in three months Antonio should give him a pound of his flesh. Antonio agrees to that.

The ships are lost in a storm and just at that time Shylock’s daughter, Jessica, runs off with a Christian, taking money and jewellery with her. Shylock, burning for revenge against the Christians generally, takes Antonio to court to claim his pound of flesh.

The Duke doesn’t know how to deal with it but Basanio, successful in his suit, recruits his clever fiancé Portia, who is schooled in matters of law, to appear as a judge, disguised as a man. The trial takes place and Portia grants Shylock the pound of flesh, and counsels him to show mercy. Shylock takes out his knife to cut the flesh from the area close to Antonio’s heart and she stops him and tells him that it is against the law for anyone to shed a drop of Christian blood.

Shylock pauses and she rules that for threatening the life of a Christian he will have to forfeit all his possessions and convert to Christianity.

The play ends with an image of a miserable Shylock and the Christian community celebrating their victory in grand style.

In The Merchant of Venice Shakespeare is decidedly not anti-Semitic. It is just the opposite. We are definitely attracted to the Christians and we can see how horrific Shylock’s intention is but that is outweighed by the provocation he is subjected to: his social shunning, attempts to exploit him, daily insults about him and his religion, and the dramatic acts of the abduction of his daughter and the stealing of his property.

Any writer who could write Shylock’s speech about being a Jew can see the anti-Semitic dialectic of his time for what it was. Shakespeare was far more in tune with the twenty-first century attitude than the sixteenth and seventeenth century view.

Two young Christian layabouts encounter Shylock just after his daughter has run off with Lorenzo. He is highly distraught but they mock him. He is furious and it all comes out at last.

“He hath disgraced me, and
hindered me half a million; laughed at my losses,
mocked at my gains, scorned my nation, thwarted my
bargains, cooled my friends, heated mine
enemies; and what’s his reason? I am a Jew. Hath
not a Jew eyes? hath not a Jew hands, organs,
dimensions, senses, affections, passions? fed with
the same food, hurt with the same weapons, subject
to the same diseases, healed by the same means,
warmed and cooled by the same winter and summer, as
a Christian is? If you prick us, do we not bleed?
if you tickle us, do we not laugh? if you poison
us, do we not die? and if you wrong us, shall we not
revenge?”

In the way Shakespeare ends the play he shows how deeply-rooted anti-Semitism was in his time. A Twenty-first century audience will feel sorry for Shylock but an Elizabethan audience would probably have cheered.

All that shows how universal Shakespeare was in his perception of the world around him – how it was before his time, how it was in his time, and how it will be after his time. How will this play look in four hundred years from now? Audiences will most certainly find it relevant to their time as well.

I hate him for he is a Christian,
But more for that in low simplicity
He lends out money gratis, and brings down
The rate of usance here with us in Venice.
If I can catch him once upon the hip,
I will feed fat the ancient grudge I bear him.
He hates our sacred nation, and he rails,
Even there where merchants most do congregate,
On me, my bargains, and my well-won thrift,
Which he calls ‘interest.’ Cursèd be my tribe
If I forgive him! (act 1, scene 3)

Signior Antonio, many a time and oft
In the Rialto you have rated me
About my moneys and my usances.
Still have I borne it with a patient shrug
(For suff’rance is the badge of all our tribe).
You call me misbeliever, cutthroat dog,
And spet upon my Jewish gaberdine,
And all for use of that which is mine own.
Well then, it now appears you need my help.
Go to, then. You come to me, and you say
“Shylock, we would have moneys”—you say so,
You that did void your rheum upon my beard,
And foot me as you spurn a stranger cur
Over your threshold. Moneys is your suit.
What should I say to you? Should I not say
“Hath a dog money? Is it possible
A cur can lend three thousand ducats?” Or
Shall I bend low and, in a bondman’s key,
With bated breath and whisp’ring humbleness,
Say this:
“Fair sir, you spet on me on Wednesday
last;
You spurned me such a day; another time
You call’d me ‘dog’; and for these courtesies
I’ll lend you thus much moneys”? (act 1, scene 3)

A pound of man’s flesh taken from a man
Is not so estimable, profitable neither,
As flesh of muttons, beefs, or goats. (act 1, scene 3)