The Comedy Of Errors Setting

Shakespeare set The Comedy Of Errors in the trading city of Ephesus – an ancient Greek city on the coast of Ionia, which is in current day Turkey, and a major tourist destination. Within Ephesus, the play centers around three locations: the market, the area around Antipholus’s house, and the area surrounding the priory. The setting here is particularly interesting in that the three locations sometimes operating at the same time on the stage in an arrangement in which the characters in the different places can’t see each other but the audience can see them all.

The action takes place on one single day, in three locations around Ephesus – the market place, the area surrounding the priory and the house of Antipholus.

Planning a trip to Ephesus?

We’ve pulled together some of the very best travel resources about Ephesus – and Turkey more broadly – from travel writers and bloggers, to help you get the most out of your trip:

Discover the 8 most impressive ancient ruins in Turkey, courtesy of Anywhere We Roam.

Stoked To Travel share their top tips for visiting Ephesus.

To Travel Too reveal some interesting secrets about Ephesus.

The Wildlife Diaries explain how to discover Constantinople when in Istanbul.

The very best things to see and do in Istanbul, shared by Travel With Me 247.

All about traveling to Istanbul, from Trotter Hop.

No Hurry To Get Home share the most beautiful places in Istanbul.

The Sane Adventurer explain how to enjoy a day trip from Istanbul to the Princes Islands.

Check out this guide to the very best of Cappadocia, shared by Explore with Lora.

Red Fedora Diary share their take on things to do in Cappadocia.

Read about the best places to visit in Turkey on a budget, from Budget Travel Buff.

Everything you need to know about taking a family holiday in Turkey, courtesy of 13 Weeks Travel.

Know of any other great Ephesus travel resources? Let us know in the comments section below! 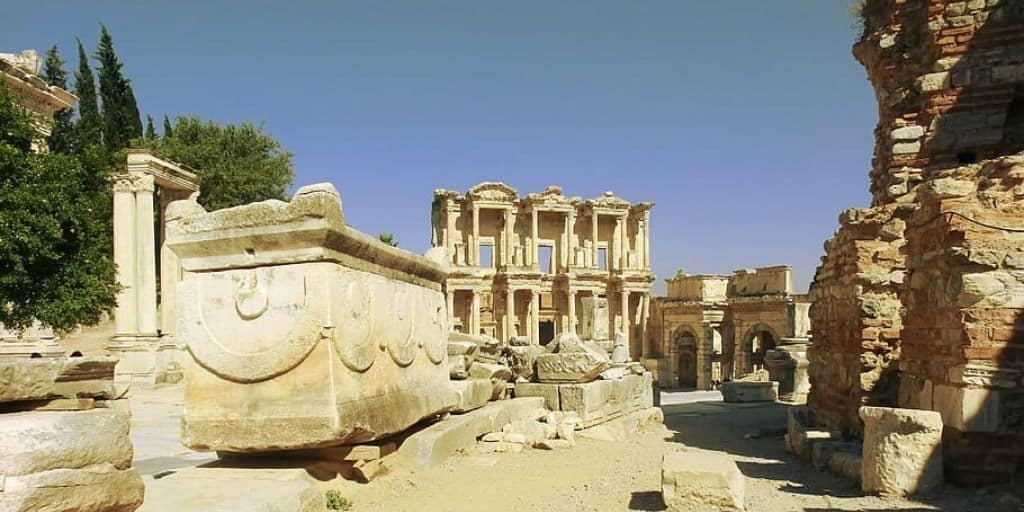 A main street in the ruined city of Ephesus