The Henry VI Part 2 play is set in England in around 1445. The locations include London –  the royal palace, the streets, and other places,  St Albans; about 20 miles from London;  in Hertfordshire, in Kent; at Blackheath; at Kenilworth Castle in Warwickshire;  and on a plain near Dartford, Kent. Read more about Henry VI Part II settings.

Main characters in Henry VI Part 2: King Henry VI, son of Henry V, whom he succeeds when he is nine months old. Queen Margaret is the daughter of the French Rene.

The Duke of Gloucester is the youngest son of Henry IV. Eleanor Cobham is his wife, whose ambition brings about her and Gloucester’s downfall. The Duke of York claims the right to the throne and he triumphs at the end of the play. Edward and Richard are his sons, who later become Edward IV and Richard III. The Earl of Salisbury, the Earl of Warwick and Richard Neville and his son are York’s supporters.

The Bishop of Winchester (Cardinal Beaufort) , and the Duke of Somerset are supporters of the King.

The Marquis (Duke) of Suffolk was the one who had arranged the marriage of Henry with Margaret of Anjou. See a full list of characters in Henry VI Part 2.

Henry VI Part 2 Themes: The play deals with a vast sweep of issues. It’s concerned with the role of history in a nation’s life, questions of the legitimacy of a king’s reign, the relationship between law and justice, and monarchical authority.

One of the prominent features of the play is the theme of crime and retribution. All of the traitors are punished. Also, the destructive effect of a national struggle for power. Jealousy and ambition are examined and, as always in Shakespeare, appearance and reality is a main theme, shown in this play by the deceitfulness of the main protagonists. 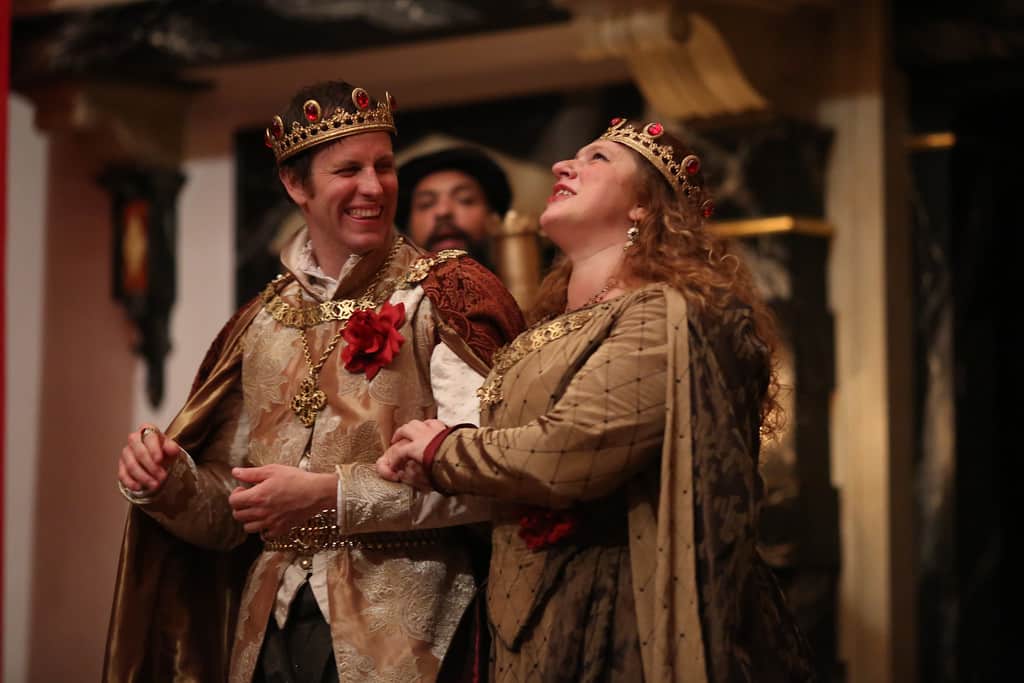