Shakespeare’s King John play is set between 1199 and 1206 the action takes place in England and France in palaces and battlefields. Read more about King John settings.

Main characters in King John: King John is the son of Henry II and younger brother of Richard the Lionheart.

Brittany is John’s nephew, who lays claim to the throne

Constance is Brittany’s mother, who supports his claim.

Earl of Pembroke, Earl of Salisbury, Lord Bigot are rebels against the King. See a full list of characters in King John.

King John themes: social upheaval, war and family feuding. The excesses of power and the effects on the innocent victims. The determination and power of mothers out to protect their children. 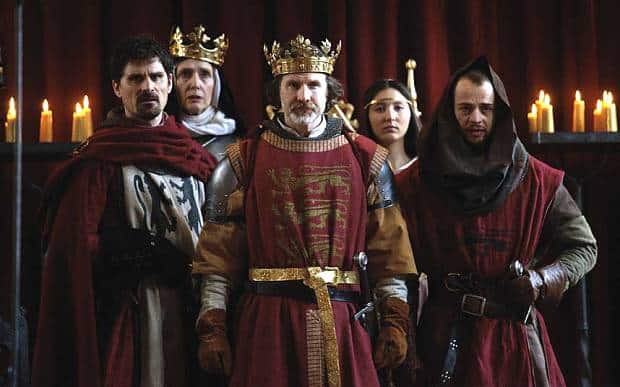 King John on stage at the Globe Theatre