Edgar Allan Poe was an American writer, editor, and literary critic. He is best known for his poetry and short stories, particularly his tales of mystery and suspense. He is generally considered the inventor of detective fiction.

Poe’s work as an editor, a poet, and a critic had a profound impact on American and international literature. In addition to his detective stories, he is one of the originators of horror and science fiction. He is often credited as the architect of the modern short story. He also focused on the effect of style and structure in a literary work: as such, he has been seen. French Symbolists such as Mallarmé and Rimbaud claimed him as their literary model. Baudelaire translated is works into French. Today, Poe is regarded as one of the first American writers to become a major figure in world literature, and there are many well-known Edgar Allan Poe quotes. He was unusual in that he strived to earn his living through writing alone, which resulted in a life of financial hardship and near poverty. 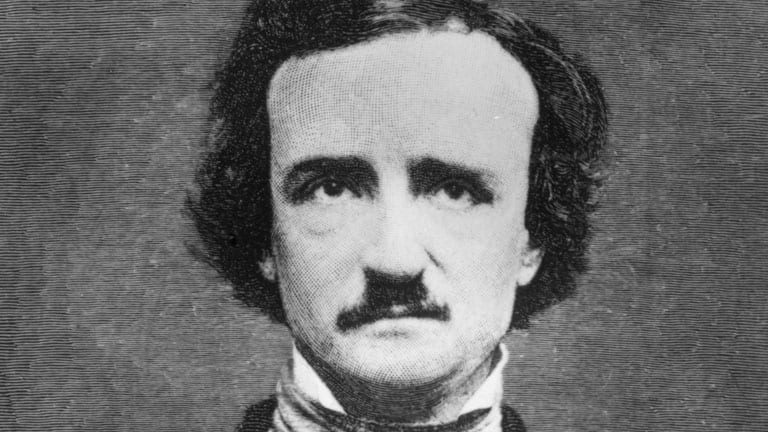 The work that catapulted Poe onto the New York literary scene in January 1845 was The Raven, a poem that was immediately copied, parodied, and anthologized. He is now one of the most widely read American writers of the 19th century. His appeal extends from young readers who enjoy being terrified by the macabre tales of mystery and imagination, such as The Tell-Tale Heart, to literary critics who appreciate his pioneering analysis in The Philosophy of Composition of how poetry creates its effect on the reader. Poe’s poems, notably The Raven and The Bells, are among the most memorable in the English language, and his stories, among them The Pit and the Pendulum and The Masque of the Red Death, still terrify readers. Poe lives on, not only in American culture but European as well, in drama, film and television, and music.

Adaptations of Poe’s works for film began from the time when films first appeared. And when television emerged that accelerated, so that generations of viewers have watched his stories on screen, and continue to do so. Actors Bela Lugosi and Boris Karloff became typecast as a result of their association with Poe adaptations and those actors can’t be thought of in any other context than horror films. The 2004 release of Hellboy on DVD contained a special 10-minute adaptation of The Tell-Tale Heart. More recently, The Cask of Amontillado starring David JM Bielewicz and Frank Tirio, Jr. Directed by Thad Ciechanowski, won an Emmy Award in 2013 and The Raven starring David JM Bielewicz, Dave Pettitt and Nicole Beattie won one in 2015. Adaptations of particularly the more macabre stories appear regularly on television.

Music of the 20th century is infused with the works of Poe. In 1913, Sergei Rachmaninoff set his choral symphony The Bells to a Russian translation of Poe’s poem. The Finnish composer Einojuhani Rautavaara based his 1997 choral fantasy On the Last Frontier on the final two paragraphs of Poe’s novel The Narrative of Arthur Gordon Pym of Nantucket. Other operas based on stories by Poe are Ligeia, a 1994 opera by Augusta Read Thomas, and The Tell-Tale Heart by Bruce Adolphe. Terry Brown produced Hop-Frog, a ballet based on a story by Poe in 2009. The Greek composer Dionysis Boukouvalas has set Poe’s poem To Zante for soprano and piano. The Swedish composer Fredrik Klingwall released nine piano pieces in 2009, each one inspired by one of Poe’s poems in a collection called Works of Woe. There are many more.

Pop music, too, has drawn inspiration from the writings of Poe. Some notable examples are Frankie Laine’s version of Annabel Lee in 1957; Jim Reeves’s recording of  Annabel Lee in 1963 for an album of poems called Talkin’ To Your Heart; Bob Dylan’s 1965 song Just Like Tom Thumb’s Blues makes reference to Rue Morgue Avenue. When the Beatles compiled images of their heroes for the cover of Sgt. Pepper’s Lonely Hearts Club Band in 1967, one of the most recognizable faces was that of Poe, in the center of the top row. In 1974 English rock band Queen recorded the song Nevermore, based on The Raven for their second album Queen 2. The tribute album Closed on Account of Rabies was released in 1997, with musicians and actors such as Jeff Buckley and Christopher Walken reading Poe’s works with background music. Britney Spears named her 2001-2002 concert tour Dream Within a Dream, incorporating lines from that poem, and other Poe works, into her show.

Interested in Edgar Allan Poe? If so you can get some additional free information by visiting our friends over at PoemAnalysis to read their analysis of Poe’s poetic works.