Mary Flannery O’Connor wrote two novels and thirty-two short stories, and also several reviews and commentaries. Her reputation is based mainly on her short stories. She was a Southern writer and relied heavily on regional settings and typically southern characters. She was strongly Roman Catholic, which informed her exploration of ethics and morality.

Flannery O’Connor has been compared with Mark Twain regarding the realistic treatment of both the comic and the tragic in the Southern context.  Like Twain, she accurately captured the scenes, manners, and language of the rapidly changing South of her time. Her prose style has been compared with those of Jonathan Swift and George Orwell, sharing with them clear, pungent and memorable prose. 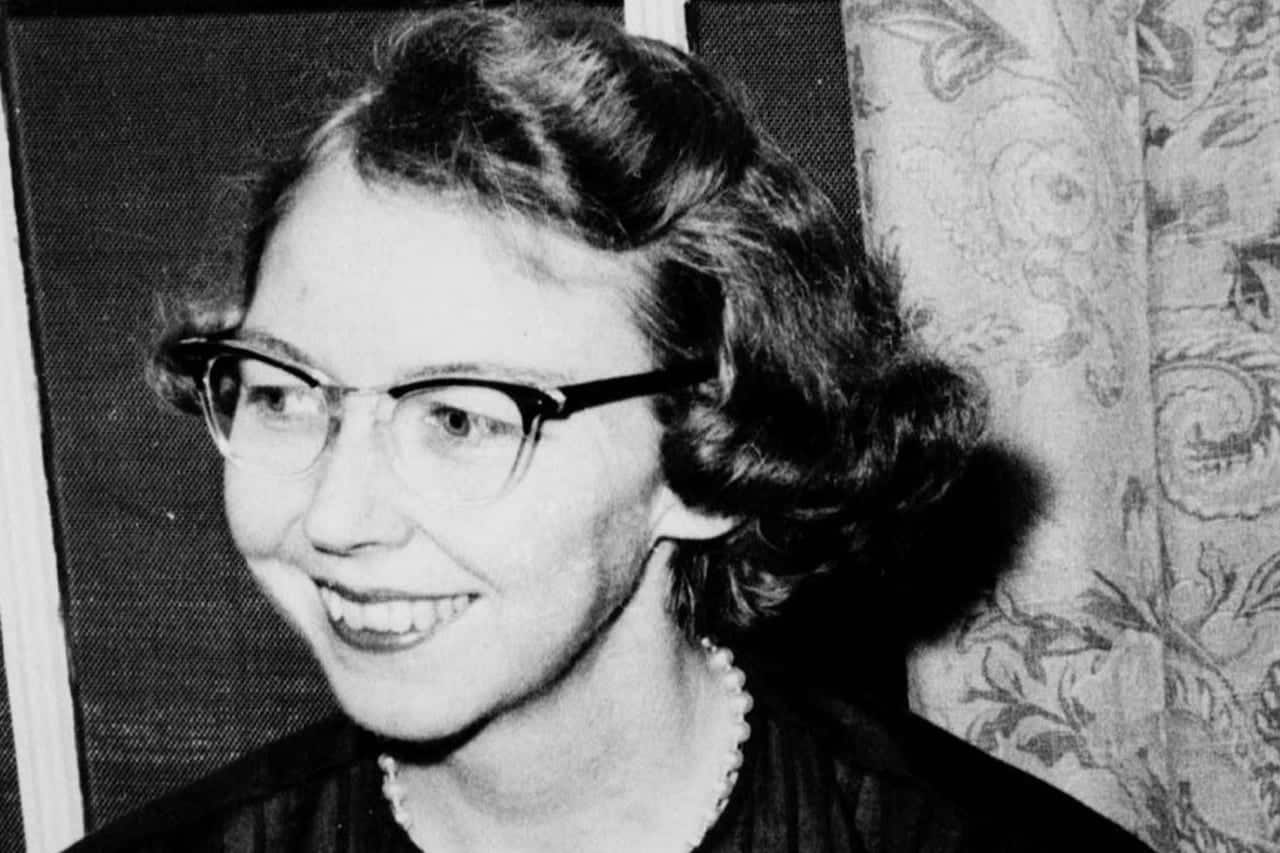 O’Connor was bold in her introduction of the grotesque, including extreme violence, into her stories, and many have found them disturbing. T.S. Eliot confessed that he was “quite horrified” by them. In spite of that readers are fascinated by the power of her humour, her clarifying Christian vision and the mixture of spiritual drama and comedy in her prose. Eliot said: “She has certainly an uncanny talent of high order but my nerves are just not strong enough to take much of a disturbance.”

There are many features of O’Connel’s writing that are particularly striking. For example, she uses weather, and particularly the mood of the sky, to penetrate the inner lives of her characters and their endeavours. Weather is an important indicator of characters’ moods and significant moments. In the story, A Good Man is Hard to Find the idea of there being neither sun nor clouds in the sky at first signifies that the fate of the family has not yet been decided, but later it indicates the grandmother’s disorientation and feeling of being lost amid the woods and without hope. In some stories a wide and open sky symbolises an openness to faith.

The theme of race and racism is featured in several stories, sometimes ironically and also with subtlety. An example is in The Enduring Chill.  Asbury prides himself on not being racist, but there is a level of racism in his interactions with Randall and Morgan. Moreover, the very idea that he is writing a play about “the negro” is in itself racist.

Characters throughout the stories show a disenchantment, or even disgust, with the word around them, feeling that there is no-one they can trust, often in conflict with their Christian beliefs. That disgust with the world around them is associated with nostalgia, a feeling that the past was a much better place. In some stories the past is glorified, often leading to disillusionment when visiting places they remember, only to be disappointed by finding them drastically changed.

Language as a physically violent entity is a recurring image in O’Connor’s stories. Language is a tool of violence in The Enduring Chill, for example. When Asbury asks for a Jesuit priest to visit and insists to his mother that he is going to die, “he tried to make each word like a hammer blow on top of her head.” When his mother eventually contradicts this statement with proof from the doctor that he in fact only has a fever and is not going to die, “Her voice broke in on him with the force of a gun shot.”

Although O’Connor’s works were largely misunderstood at first she is now, several decades after her death, regarded as one of America’s major writers. She was awarded the O. Henry Award in 1957 and the National Book Award (posthumously) in 1972.