Henry James is regarded as one of the key figures of 19th-century literary realism. He is noted for writing from a character’s point of view’ which allowed him to explore consciousness and perception. His imaginative use of point of view, interior monologue and unreliable narrators brought a new depth to narrative fiction, all of which were influential on the writing of the novelists who followed him. He was nominated for the Nobel prize for literature three times.

James’s writing career was one of the longest and most productive—and most influential—in American literary history. He enlarged the novel while employing a highly individual method and style. He wrote 20 novels, 112 tales, 12 plays, several volumes of travel and criticism, and a great deal of literary journalism over 50 years. His persistent theme was that of an innocent, exuberant, and democratic America confronting the worldly wisdom and corruption of Europe’s older, aristocratic culture. His sense of the human scene was surefooted: he was one of the great prose writers and stylists of his century. He was a representative of a new realist school of literary art which broke with the English romantic tradition of which the works of Charles Dickens and William Makepeace Thackeray were prime examples. 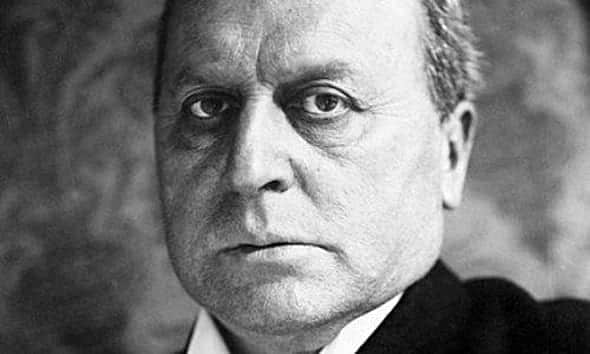 James is often thought of as an English rather than an American writer. He emigrated to England and lived there for many years, becoming a UK citizen a year before his death. His work was not particularly well received by critics in either country during his lifetime, although his novels are now regarded as being among the finest in the English language. The criticism levelled at him then, and for the period after his death, was harsh. Some complained about what they saw as James’s squeamishness in the treatment of sex, others dismissed his style as difficult and obscure, relying heavily on extremely long sentences and indigestible latinate language.  Oscar Wilde criticised him for writing “fiction as if it were a painful duty”. Jorge Lois Borges wrote about him, “Despite the scruples and delicate complexities of James his work suffers from a major defect: the absence of life.” Virginia Woolf wrote to Lytton Strachey and asked, “Please tell me what you find in Henry James. … we have his works here, and I read, and I can’t find anything but faintly tinged rose water, urbane and sleek, but vulgar and pale as Walter Lamb. Is there really any sense in it?” Colm Toibin wrote: “James never really wrote about the English very well. His English characters don’t work for me.”

However, James is now valued for his psychological and moral realism, his masterful creation of character, his playful humour, and his command of the language.  Although James is still difficult to read, mainly due to his long, complex sentences and criticised still by some writers, for example Martin Amis, who wrote about “the arctic labyrinth known as Late James,” another writer, Adam Mars-Jones more charitably observed: “Those long sentences were tracts of prose in which James could play, sing…”

During the late 20th century James  reached an ever-widening audience. His works were translated into several languages, and he is now recognized as one of the most subtle craftsmen ever to practice the art of the novel.