Kurt Vonnegut was an American writer who published fourteen novels, three short story collections, five plays, and five works of non-fiction. He is most famous for his novel Slaughterhouse-Five (1969) which has become an American classic. 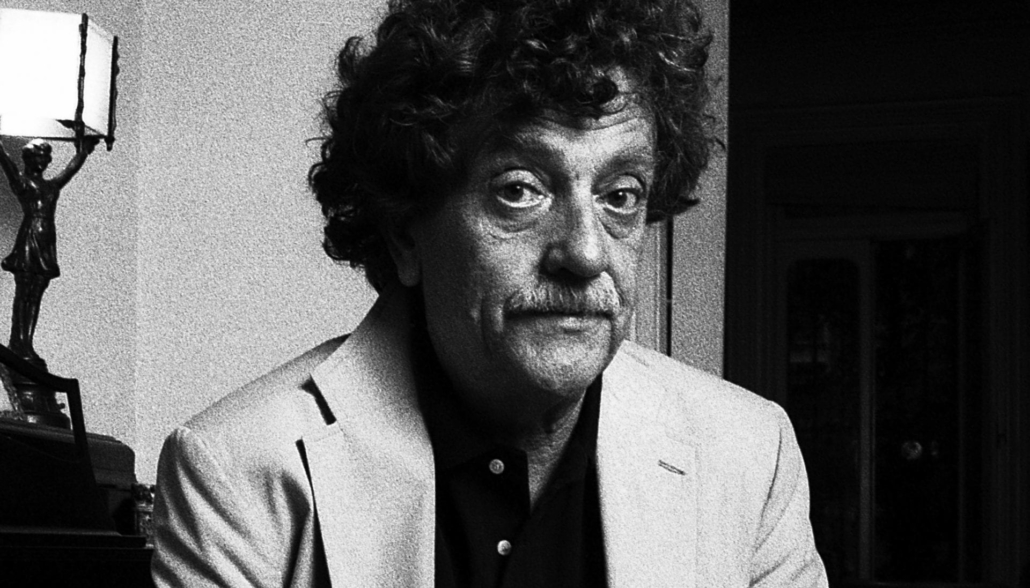 Slaughterhouse-Five is a semi-autobiographical novel based on his experience as a prisoner of war who survived the allies’ bombing of Dresden. Darkly satirical, it is Vonnegut’s most influential novel and that novel alone warrants its author’s place among the great American fiction writers. It has been adapted for film, television, stage and radio.

A mark of Slaughterhouse-Five’s innovatory power is that it has been subject to several censorship exercises and there have been numerous attempts to ban it. Its irreverent tone, perceived obscene content and perceived heresy, American soldiers’ use of profanity, and its depiction of sex and homosexuality have offended the educational establishment. Some have banned it from literature courses and it has been removed from school libraries. In 1972 it was banned from the public schools of Oakland County, Michigan. The circuit judge described the book as “depraved, immoral, psychotic, vulgar and anti-Christian.” That judgment was overturned by the U.S. Supreme Court.

The book is generally regarded as a postmodern metafictional novel due to Vonnegut’s literary technique. There is manipulation of time, a strong intertextual component in the appearance of characters from other novels, the direct intervention of the author in the narrative, and several other postmodern features. Vonnegut’s fourteen novels are all experiments with the form of the American novel itself. Vonnegut was attempting to depict the fragmented, unstable, and distressing nature of postmodern American experience.

Vonnegut was a voracious reader and was influenced by his many sources. As a teenager he read pulp fiction and science fiction, adventure fiction and fantasy. Later, he became fascinated with Aristophanes who wrote humorous pieces about the society in which he lived, and that was a huge influence on Vonnegut, who did the same. He shared the pessimistic outlook on humanity and religious scepticism of Mark Twain. He was inspired by George Orwell, naming him as his favourite writer. He admitted to trying to imitate Orwell.  Other major influences were Aldous Huxley (Brave New World), Robert Louis Stevenson and George Bernard Shaw with whom he shared a political outlook.

Something that other novelists have taken from Vonnegut is his way of digressing into history by quoting from historical accounts without disrupting the narrative. Gregory Rodriguez of the Los Angeles Times wrote that he will be “rightly be remembered as a darkly humorous social critic and the premier novelist of the counterculture.” The New York Times literary columnist, Dinitia Smith, called him  “the “counterculture’s novelist.” Vonnegut’s fiction is the model for fiction-writing social critics.

Since his death in 2007 Vonnegut has received many tributes. In 2008, the Kurt Vonnegut Society was established, and in November 2010, Vonnegut’s hometown of Indianapolis opened the Kurt Vonnegut Memorial Library. The Library of America published a compendium of Vonnegut’s writings in 2012 and there have been various biographies of the author.