Raymond Chandler was a British-American novelist who wrote several screenplays and short stories. He published seven novels during his lifetime. The first, The Big Sleep, was published in 1939. An eighth, Poodle Springs, unfinished at his death, was completed by another great crime writer, Robert B Parker. Six of Chandler’s novels have been made into films, some more than once.

Chandler’s novels are regarded as classics, not just of detective fiction, but of American literature itself. His protagonist, Philip Marlowe, is as famous an American fictional detective as Sherlock Holmes is a British detective. Both names have almost come to mean ‘private detective.’ Marlow even has a recognisable face in that the actor, Humphrey Bogart, played him in several films and became closely identified with Marlowe in American culture. 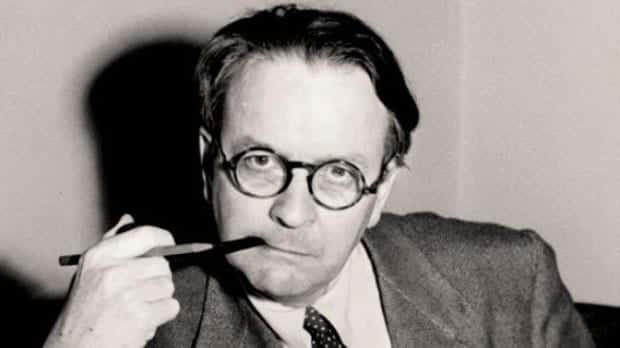 Chandler’s influence on American crime fiction is incalculable. After Chandler, it took more than half a century to write anything unlike his stylistic invention: the ‘hardboiled’ prose and characterisation that became necessary to detective fiction for decades. His use of his setting, too, the grimy ‘mean streets’ of los Angeles, was a revelation that became a convention followed by other writers. Crime novelist Mark Billingham wrote: ‘Without Chandler and his heirs, those of us who write crime fiction might still be setting the majority of our work in country houses or vicarages.’

As fresh and authentic as his dialogue is, Chandler is celebrated for the memorable similes and cameo descriptions that, again, attracted scores of imitators. ‘As much charm as a pair of steel-puddler’s underpants’ invokes a perfect picture, as does ‘her black hair was glossy under a Robin Hood hat that might have cost 50 dollars and looked as if you could have made it with one hand out of a desk blotter,’ that not only invokes a vivid visual image but also captures the class of the woman described and the society in which she moves.

Unlike most detective fiction writers before him, Chandler shows his protagonist being very aware of the  physical world around him, with all its details, both pleasant and unpleasant. His world is simultaneously horrible and beautiful. Chandler was able to express that again and again in a single sentence. In the opening lines of the novel, The Little Sister, Marlowe in describing a Californian spring morning, says: ‘The call houses that specialise in 16-year-old virgins are doing a land office business. And in Beverly Hills the jacaranda trees are beginning to bloom.’

Chandler’s novels are, in a sense, modern morality tales. Beneath all the sexual tension and action one can see a critique of American society, run by greed and big money. People like the incorruptible, clear-sighted Philip Marlowe are necessary, almost as a knight in shining armour, confronting the corruption of the world around him. That is a great universal theme, most evident in the character of Jesus of Nazareth in The Gospel of Mark and in Shakespeare’s great hero, Hamlet. Chandler seems to have held out hope for the redeeming value of individual goodness. Even among the minor hoodlums and ‘loose’ women there are discernable strains of goodness, offering a more optimistic outlook.

Chandler is among the writers who have most influenced American culture, and particularly the aspect of crime fiction, where his writing defined the genre. That is particularly remarkable in that his literary output was relatively small.