Walt Whitman was a poet, essayist, and journalist who transformed poetry around the world with his disregard for traditional rhyme and meter and his celebration of democracy and sensual pleasure. His masterpiece, Leaves of Grass, a collection of poems, is widely studied by poets, students and academics, set to music, translated into numerous languages, and is widely quoted.

His influence can be found everywhere – in contemporary best seller lists to feature films and musical works, both “serious” and popular.  Whitman has left an indelible mark on American culture. His influence is evident in the work of contemporaries as well as poets who wrote in the decades after his death, but it goes beyond that: his style and his vision of America were very influential in later literary movements as well, including the poets of the Beat Generation of the 1950s and 60s who gained notoriety for their counter-cultural lifestyles and controversial publications – Jack Kerouac, William Burroughs, and Allen Ginsberg being the best known Beats. His influence can be seen especially in Ginsberg’s poetry with Ginsberg’s use of free verse and in the structure of several of his longer poems, including Howl, which mimics Whitman’s original use of the technique. 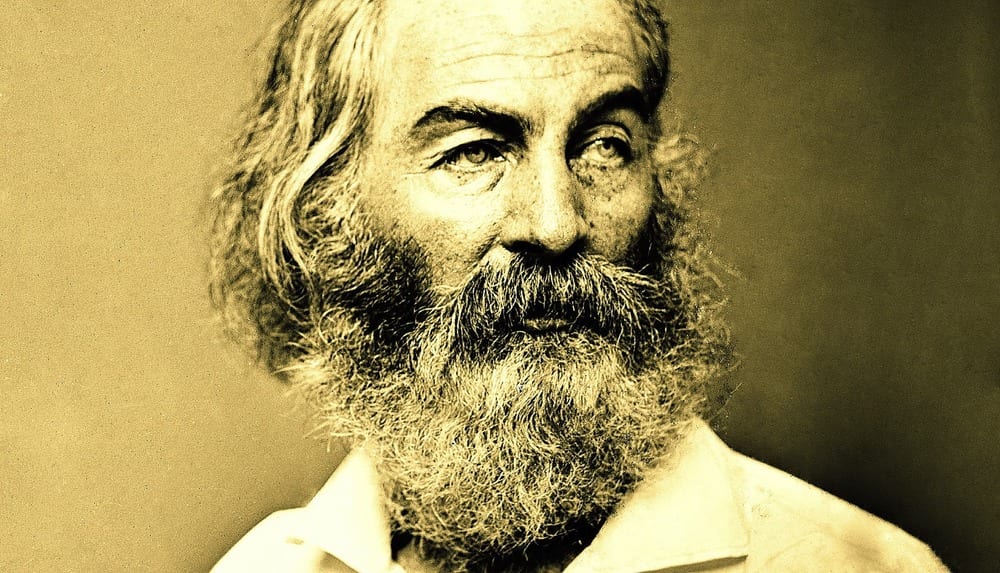 Whitman began writing what would become Leaves of Grass in 1850, and he continued writing, editing and revising it until his death. The poems break the boundaries of poetic form and are generally prosaic.  He is often referred to as the father of free verse. He also used unusual images and symbols in his poetry, including rotting leaves, tufts of straw, and debris. He wrote openly about death and sexuality, including prostitution.  From universities to Hollywood, Whitman’s legacy lives on in American culture. He engaged in vast themes in Leaves of Grass – themes that have captivated artists, religious leaders, and scholars. His genius for form and function allows his work to remain meaningful and vital even generations after his death. There is no doubt that Whitman’s will live on in American culture for generations to come.

Walt Whitman has also been recognised since his death with a number of awards: On May 16, 1957 the Walt Whitman Bridge, which crosses the Delaware River near his home in Camden, was opened. In 2009 Whitman was inducted into the New Jersey Hall of Fame. In 2013 Whitman was inducted into the Legacy Walk, an outdoor public display that celebrates LGBT history and people.

Interested in Walt Whitman? If so you can get some additional free information by visiting our friends over at PoemAnalysis to read their analysis of Walt Whitman’s poetic works.