You are here: Home1 / English Literature2 / Famous Authors: The 30 Greatest Writers Of All Time3 / F. Scott Fitzgerald: A Biography

Francis Scott Fitzgerald was an American novelist, widely regarded as one of the greatest, if not the greatest, American writers of the 20th century. He is best known for his novel, The Great Gatsby, which vies for the title ‘Great American Novel’ with Mark Twain’s Huckleberry Finn and Herman Melville’s Moby-Dick.

Fitzgerald’s place on this list is justified by the fact that his great novel is actually about America: it’s an exploration and criticism of the American Dream, the ideal that any American can aspire to, and achieve, the highest goals. Abraham Lincoln is usually quoted as having been the realization of the Dream, advancing from birth in a log cabin to President of the United States– a romantic, oversimplified version of the politician’s story. 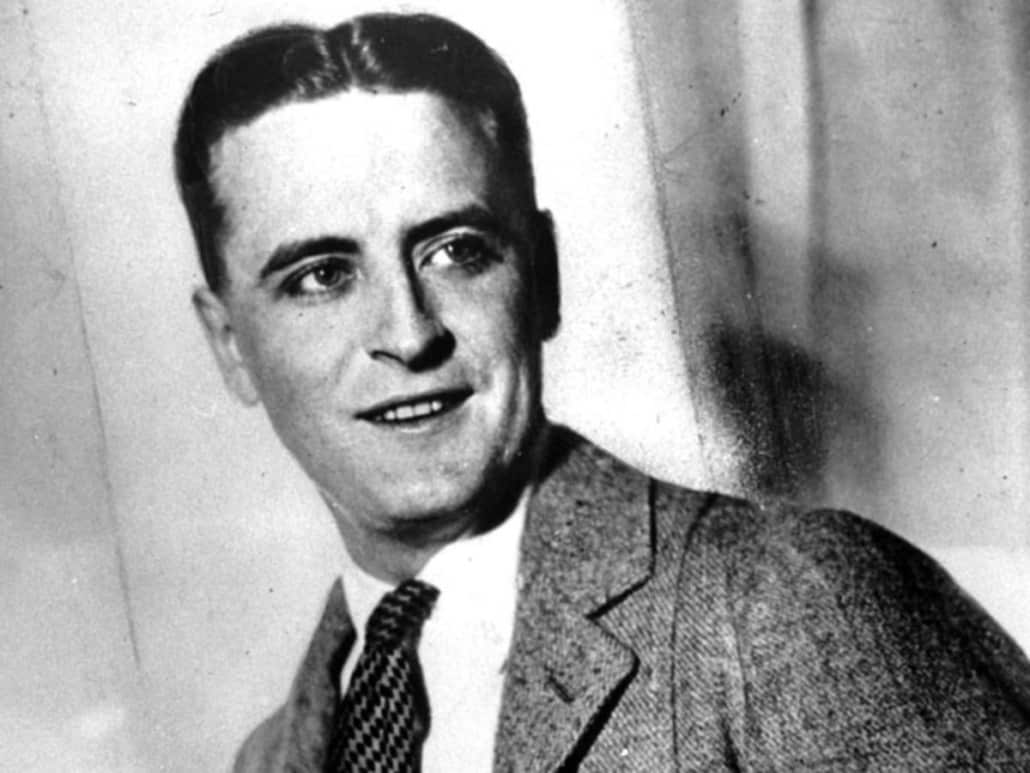 The Great Gatsby is quite a short novel, ostensibly the story of doomed love between a man and a woman. But that story is set against the background of the American Dream crumbling at an historical time of unprecedented prosperity and materialist excessiveness in the grip of greed and the hollow pursuit of pleasure. The main idea is that the unrestrained love of money and pleasure corroded the more noble ideals epitomised by the Abraham Lincoln model.

When the First World War ended in 1918, the generation of young Americans were disillusioned by the Victorian morality, which struck them as hypocritical after the slaughter they had just witnessed. That, combined with the rapid rise of the stock market which allowed a ‘new rich’ cohort to enter the ranks of the wealthy, up until now the sole province of the old, wealthy, pedigreed families – the American aristocracy. The changes were compounded by the banning of the sale of alcohol, which created a lucrative criminal underworld in which enterprising operators could also join the ranks of the aristocracy. American society was traumatised as the currents among these interests stirred things up. The Great Gatsby explores this post war ‘Jazz age’ in a compelling story of love and loss.

Fitgerald is one of the most-read American writers. Millions of copies of The Great Gatsby and his other works have been sold, and The Great Gatsby, a constant best-seller, is requiredreading in many high school and college classes. Wherever there is an American Studies department in a university anywhere in the world Gatsby is near the top of the reading list.

Fitzgerald’s legacy is incalculable. In his New York Times obituary it was written, he ‘was better than he knew, for in fact and in the literary sense he invented a generation… He might have interpreted them and even guided them, as in their middle years they saw a different and nobler freedom threatened with destruction.’