You are here: Home1 / English Literature2 / Famous Authors: The 30 Greatest Writers Of All Time3 / Gustave Flaubert: A Biography

Gustave Flaubert was a French novelist, most notable for being the leading exponent of literary realism in French literature. He is known particularly for Madam Bovary (1857).

Flaubert’s influence on subsequent novels is vast. The critic, James Wood, commented that ‘there really is a time before Flaubert and a time after him.’ In his exposition of what is now known as literary realism Flaubert innovated in the areas of brilliant detail, visual effect, unsentimental composure, and the absence of the superfluous commentary that typified fictional prose before Flaubert. There were writers before Flaubert whose fiction displayed some of those features, but not all of them, as was the case in the fiction of Flaubert. Writers like Jane Austen and Honore de Balzac were forerunners of the transformation of the novel that Flaubert was to bring about.

The twentieth century novel is a natural progression from those of Flaubert. One could not mention all the numerous writers who employ his lean and precise style to a greater or lesser degree, ranging from the severely stripped prose of Hemingway to the more detailed texture of Faulkner’s. Some of those who have acknowledged the direct influence of Flaubert are the literary giants, Kafka and J.M. Coetzee. 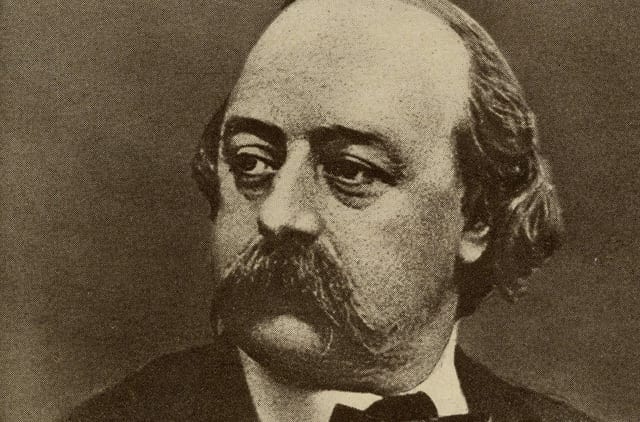 Flaubert has been the undiminished focus of literary personalities for a century and a half – not just writers and literary critis but philosophers such as Michel Foucalt, Jean-Paul Satre, Pierre Bourdieu and Roland Barthes. In a lecture in 1966 at the Kaufmann Art Gallery in New York, the renowned philosopher of communication theory, Marshall McLuhan, stated: ‘I derived all my knowledge of media from people like Flaubert and Rimbaud and Baudelaire.’

Madam Bovary is generally considered to be one of the greatest novels ever written. Henry James wrote: ‘Madame Bovary has a perfection that not only stamps it, but that makes it stand almost alone: it holds itself with such a supreme unapproachable assurance as both excites and defies judgment.’ Marcel Proust praised the ‘grammatical purity’ of Flaubert’s style, Vladimir Nabokov said that ‘stylistically it is prose doing what poetry is supposed to do,’ and in the preface to his novel, The Joke, Milan Kundera wrote: ‘Ever since Madame Bovary, the art of the novel has been considered equal to the art of poetry.’