You are here: Home1 / English Literature2 / Famous Authors: The 30 Greatest Writers Of All Time3 / Herman Melville: A Biography

Herman Melville was an American writer of novels, short stories and poems. He is best known for the novel Moby-Dick and a romantic account of his experiences in Polynesian life, Typee. His whaling novel, Moby-Dick is often spoken of as ‘the great American novel’ ’vying with Scott Fitgerald’s The Great Gatsby and Mark Twain’s Huckleberry Finn for that title.

Melville was the master of dense and complex prose, rich in mystical imagery and packed with allusions to philosophy, myth, scripture, visual arts and other literary works. His themes go deep into the human condition: he explores such things as the impossibility of finding enough common ground for human communication. His characters are all preoccupied with the quest for that; his plots describe that pursuit and all his themes and ideas are related to it.

His preoccupation with the limits of knowledge led him to the question of God’s existence in his writing, to the indifference of nature and the problem of evil. It is in Moby-Dick that all his thematic obsessions meet, resulting in a great book that goes to the very heart of all those preoccupations. An emerging field of American legal scholarship known as ‘law and literature’ uses Melville’s novel Billy Budd as one of its central texts. In the novel the popular young sailor, Billy, accused of spurious crimes, including mutiny, accidentally kills the ship’s master-at-arms and the Captain, Edward Vere, convenes a court martial. He urges the court to convict and sentence Billy to death. That fictional court martial has become the focus of scholarly controversy. What kind of man was Captain Vere? Was he a good man caught up in bad law or did he deliberately distort and misrepresent the law to bring about Billy’s death? There is no answer to that and so the novel has become a clear example of Melville’s quest for the impossible, which we see in all his work. 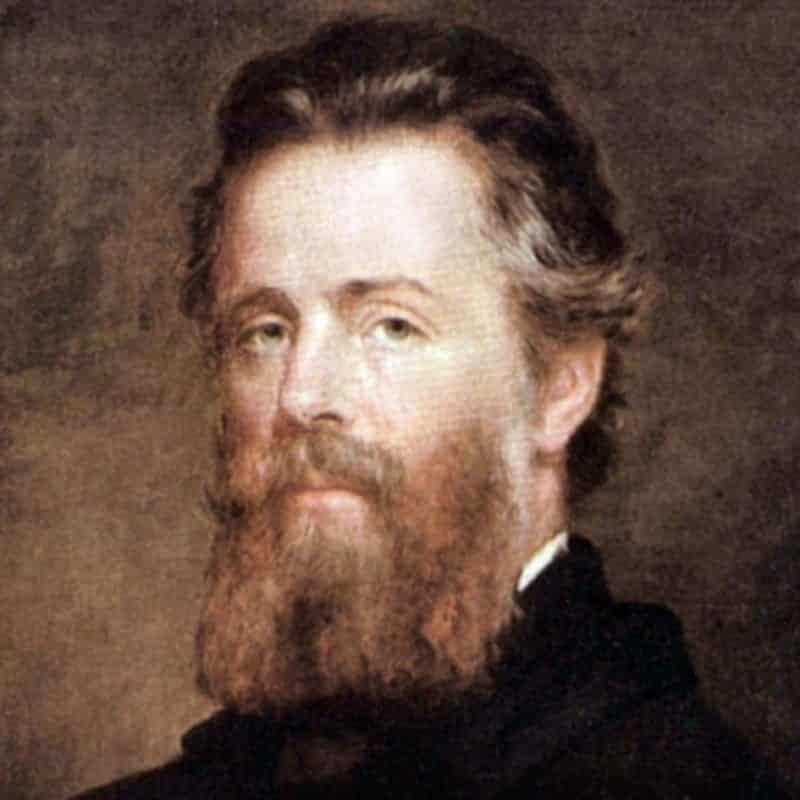 Melville spent twice as many years devoting himself to writing poetry as he did to writing prose and although he wasn’t highly rated as a poet during his lifetime he is now. Some critics now regard him as the first American modernist poet. Robert Penn Warren championed Melville as a ‘great American poet.’ The critic, Helen Vendler, writing about the poem, Clarel, commented: ‘What it cost Melville to write this poem makes us pause, reading it. Alone, it is enough to win him, as a poet, what he called  “the belated funeral flower of fame”.

In 2010 a species of recently extinct giant sperm whale, Livyatan Melvillei, was named in honor of Melville. The paleontologists who discovered the fossil were fans of Moby-Dick and dedicated their discovery to its author.

Interested in Herman Melville? If so you can get some additional free information by visiting our friends over at PoemAnalysis to read their analysis of Herman Melville’s poetic works.