You are here: Home1 / English Literature2 / Famous Authors: The 30 Greatest Writers Of All Time3 / Lewis Carroll: A Biography

Lewis Carroll was an English academic, mathematician and Anglican deacon. He is best known for two books, Alice’s Adventures in Wonderland and its sequel, Through the Looking-Glass. He is noted for his brilliant word play, nonsensical logic and fantasy. He invented the genre of literary nonsense.

The books are children’s books and very Victorian in their nature. In modern times there are record bestselling children’s authors like J.C. Rowling but a hundred and fifty years after the publication of Alice no other British children’s author has matched him for sales or fame. Indeed, the name ‘Lewis Carroll’ is probably the most recognisable English literary name after Shakespeare.

One of the things that has made Carroll rank among the world’s greatest writers is his books’ ability, even after a century and a half, to baffle critics and other experts in their quest to decode his various brainteasers, mathematical problems and riddles. Alice originates as a simple story told to the three daughters of one of Carroll’s friends but it is a sophisticated puzzle devised by an exceptionally intelligent writer with an exceptional degree of creativity and inventiveness. 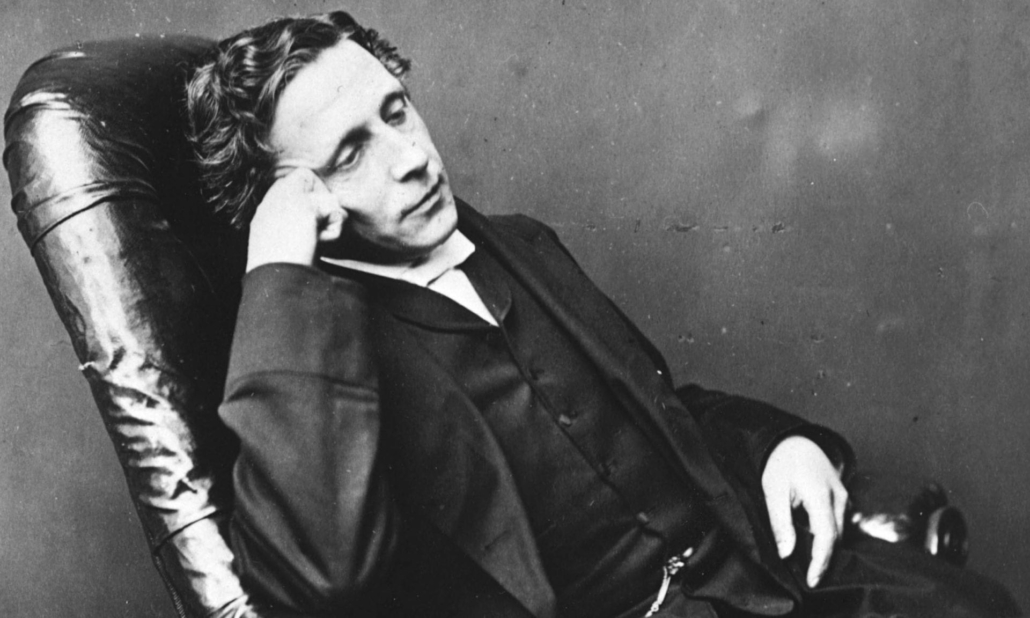 For more than a century now, Alice in Wonderland’s ambiguity and complexity have inspired film makers and theatre directors, fashion designers, dancers, photographers and other artists to make their own interpretations of the story. Walt Disney and Tim Burton have made film adaptations of Alice and Through the Looking-Glass, and new cinematic versions are being produced every couple of years. The Russian model Natalia Vodianova has posed as Alice for Vogue, and sculptor José de Creeft ‘s bronze statue of her stands in Central Park, New York. The other characters, The Queen of Hearts, the Mad-Hatter the grinning Cheshire cat, the neurotic White Rabbit, Tweedledee and Tweedledum, and other characters, are cult characters, among the most famous in all literature, more famous, even, than those of Charles Dickens.

Carroll’s poem, Jabberwocky, from Through the Looking-Glass, is the most famous nonsense poem in literature. It conveys its emotions and its actions effectively with none of the words having any meaning. Some of the words he made up, like ‘chortle,’ and ‘galumphing,’ have entered the English language.

Interested in Lewis Carroll? If so you can get some additional free information by visiting our friends over at PoemAnalysis to read their analysis of Lewis Carroll’s poetic works.