The contribution of Irish authors to the English language cannot be underestimated, and this page details a list of the very best Irish writers – living and dead.

English literature is very rich. When we think about the most famous English writers who have contributed to the canon of great literature some of the names that come up – often our favorite or most respected writers and poets  – are writers like Jonathan Swift, C.S. Lewis, George Bernard Shaw, Oscar Wilde, Oliver Goldsmith, Iris Murdoch, William Congreve or Richard Sheridan. However, although several of these writers spent part of their adult lives in England, they are not English – they are all Irish writers.

The Irish are a nation of writers. Ireland is a small country with a small population, so the number of writers who have achieved universal fame is incredible. Among the most famous Irish writers, they have produced some of the most renowned and significant works of literature in the English language. Here is a list of some of the most prominent Irish writers of the last four centuries, with a message to us from each one, ordered by their date of birth.

Famous author of Gulliver’s Travels, Swift was a satirist, essayist, poet and cleric (Dean of St Patrick’s cathedral in Dublin.)
Quote: May you live all the days of your life.

Playwright and poet of the Restoration period. Born and died in England. His most famous play is The Way of the World.
Quote: Heaven has no rage like love to hatred turned, Nor hell a fury like a woman scorned.

Novelist and Anglican clergyman,  and author of the most influential novel written in English: The Life and Opinions of Tristram Shandy, Gentleman.
Quote: What a large volume of adventures may be grasped within the span of his little life by him who interests his heart in everything.

One of the top ‘English’ writers, he wrote a great work in each of the three main genres – the novel The Vicar of Wakefield; the poem The Deserted Village, and the play She Stoops to Conquer.
Quote: Ask me no questions and I’ll tell you no lies.

Satirist and playwright. He was the owner of the Theatre Royal in Drury Lane. Famous plays: The Rivals, The School for Scandal.
Quote: He is the very pineapple of politeness!

Writer of Gothic tales and horror fiction, was the inventor of the undead vampire, which Bram Stoker was to explore in his fiction. Most famous book, about a female vampire – Carmilla
Quote: Knowledge is power – and power of one sort or another is the secret lust of human souls.

One of the foremost poets of the 20th century in all languages.
Quote: The best lack all conviction, while the worst are full of passionate intensity.

Poet, novelist, short story writer and, above all, playwright. He was the author of some of the most popular plays in the English language.  The most famous is The Importance of Being Earnest.

Stoker popularised the undead vampire with the story of Count Dracula in his novel Dracula. It is one of the most famous “English” novels. It was published in 1897 and has not been out of print ever since.
Quote: Listen to them—the children of the night. What music they make!

A popular Victorian and Edwardian novelist and playwright. His most popular novels are Esther Waters and Confessions of a Young Man.
Quote: A man travels the world over in search of what he needs and returns home to find it.

Shaw was one of the most influential people in London during the first half of the 20th century. He was a playwright, journalist and political activist. He lived to be 94.
His most famous plays are Arms and the Man, Man and Superman, and Pygmalion.
Quote: Youth is wasted on the young.

A giant of Irish culture, he was a major figure in the Irish Literary Revival and one of the founders of the Abbey Theatre in Dublin. He wrote some of the most famous and significant Irish plays – The Playboy of the Western World; In the Shadow of the Glen and Riders to the Sea.

Quote: There is no language like the Irish for soothing and quieting.

A playwright, O’Casey wrote several plays about the Dublin working class, which are still popular in the UK and Ireland, including The Plough and the Stars, The Shadow of a Gunman, and the classic, Juno and the Paycock.

Quote: All the world’s a stage and most of us are desperately unrehearsed.

Probably the most revered Irish writer, Joyce was a novelist, short story writer and poet. He is generally regarded as the most influential writer of the 20th Century. He wrote the novels Portrait of the Artist as a Young Man, Ullyses and Finnegan’s Wake, and the collection of short stories, Dubliners.

Quote: History, Stephen said, is a nightmare from which I am trying to awake.

Joyce Carey was a novelist. He wrote the famous novel, The Horse’s Mouth.

Quote: The will is never free – it is always attached to an object, a purpose. It is simply the engine in the car – it can’t steer.

Clive Staples Lewis is famous for his children’s book The Lion, the Witch and the Wardrobe. He is equally famous as an amateur theologian and Christian apologist.

Quote: I believe in Christianity as I believe that the sun has risen: not only because I see it, but because by it I see everything else.

Novelist and short story writer noted for her fiction about life in wartime London, with such novels as The Heat of the Day and The Last September.

Quote: Fate is not an eagle, it creeps like a rat.

Cecil Day-Lewis was UK Poet Laureate from 1968 until his death in 1972. He was also a mystery fiction writer writing under the name Nicholas Blake. His best known Nicholas Blake novel is The Otterbury Incident.

Novelist and playwright, responsible for novels, Good Behaviour, The Rising Tide, Time After Time.
Quote:  Once I was looking through the kitchen window at dusk and I saw an old woman looking in. Suddenly the light changed and I realized that the old woman was myself. You see, it all happens on the outside, inside one doesn’t change.

Novelist, playwright, short story writer, He wrote in both French and English. Author of Waiting for Godot.
Quote: Ever tried, ever failed. No matter. Try again, Fail better.

Iris Murdoch was a philosopher and prolific novelist, with such famous titles as A Severed Head and The Sea the Sea
Quote: People from a planet without flowers would think we must be mad with joy the whole time to have such things about us.

Regarded as one of the greatest of Irish writers, Behan was a poet, playwright and short story writer. He wrote many of his stories and plays in Irish. His most famous book is Borstal Boy.
Quote: I am a drinker with writing problems.

Novelist and playwright, William Trevor is also regarded as the greatest contemporary writer of short stories. He published multiple collections of short stories.
Quote:  I get melancholy if I don’t write. I need the company of people who don’t exist.

Francis McCourt won a Pulitzer Prize for his enduring, heartrending book, Angela’s Ashes, a memoir of his miserable, squalid childhood.
Quote: We never really had any kind of a Christmas. This is one part where my memory fails me completely.

She writes in all the genres of literature. She is one of the most prolific writers of her generation. She is the author of some of the most famous contemporary Irish novels such as The Girl with Green Eyes and The Country Girls.
Quote: The vote means nothing to women. We should be armed.

A Nobel prizewinning poet, he is regarded as one of the very top poets, writing in English, of the 20th century, ranking with Irish poet, W.B. Yeats and the American poet, T.S. Eliot.
Quote: At home in Ireland, there’s a habit of avoidance, an ironical attitude towards the authority figure.

She was an Irish novelist, playwright, short story writer, columnist, and speaker, known for her lighthearted depiction of Irish life in small communities,,and stories with a twist in their tails.
Quote: I don’t have ugly ducklings turning into swans in my stories.

Novelist, short story writer, and screenwriter, Banville is a major Irish writer and has won multiple awards for his many books, which include the novels The Sea and The Untouchable.
Quote: Perhaps all of life is no more than a long preparation for the leaving of it.

Neil Jordan is an Irish film director, screenwriter, novelist, and short-story writer. Not only has he won major awards for his fiction but he won an Oscar for best original screenplay, for The Crying Game. He has written the screenplays for several of the most successful Hollywood films.
Quote: There’s no point in making a film out of a great book. The book’s already great. What’s the point?

Doyle is a prolific writer of novels for adults and children. He also writes screenplays, which include the hit film The Commitments. His most famous, award-winning, novel is Paddy Clarke Ha Ha Ha.
Quote: One day at a time, sweet Jesus

What do you think of this list of the best Irish authors – any that we’re missing? Let us know in the comments section below! 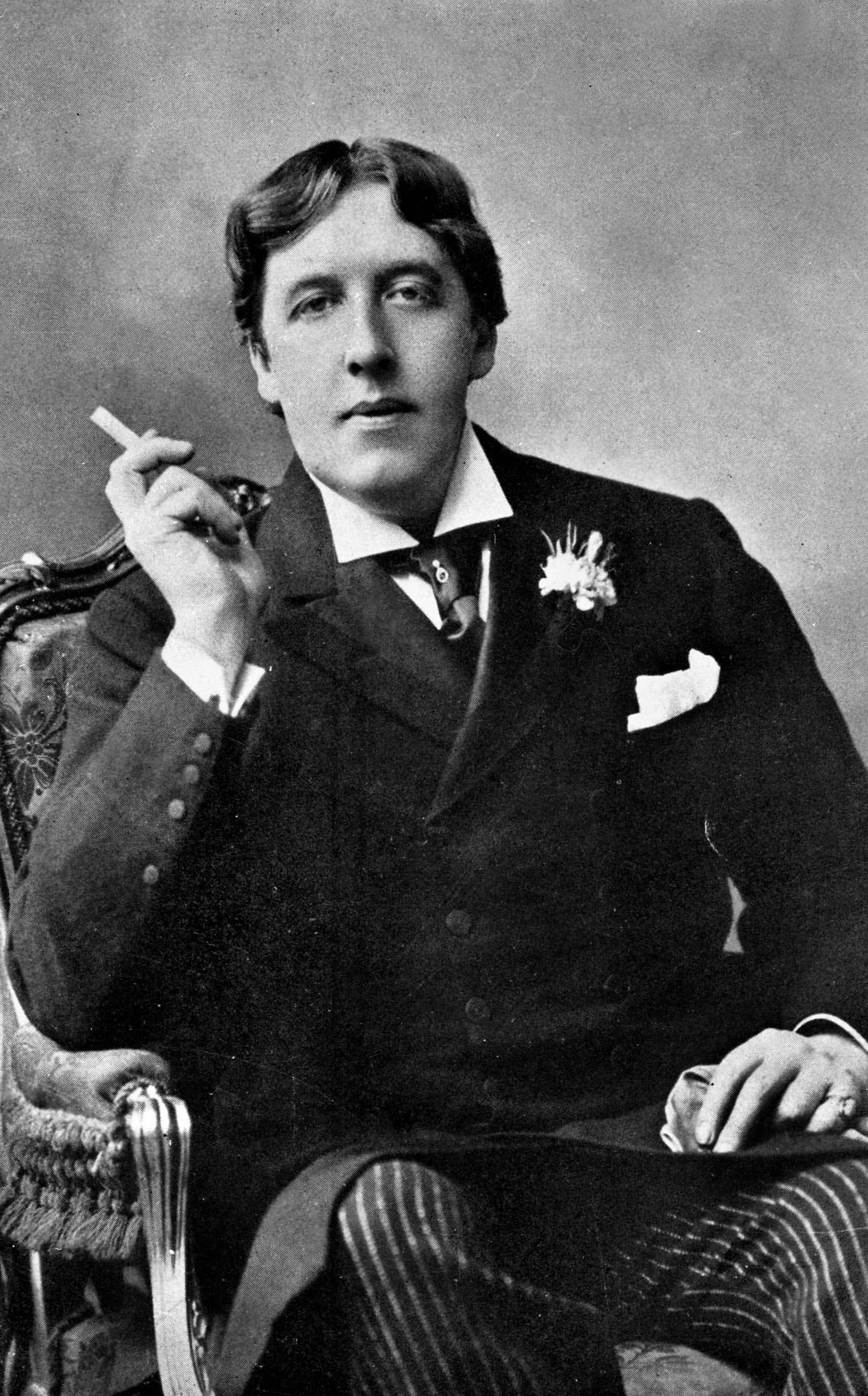 Oscar Wilde, one of the finest Irish authors