The 20 Best Non-Fiction Books of All Time

You are here: Home1 / English Literature2 / The 20 Best Non-Fiction Books of All Time

Storytellers in verse and prose have had a great influence on shaping our view of the world. If we think about how important Shakespeare has been in our understanding of human beings it is difficult to think he can be surpassed. However, the understanding that we have today of the universe, our earthly societies and the people who make them up has been built up by a succession of the best non-fiction books by geniuses in several areas of experience. Sometimes a book by an exceptional genius will entirely transform our world, occasionally turning it upside down. Charles Darwin’s On the Origin of the Species by Means of Natural Selection did that, as did Einstein’s Relativity: The Special and General Theory.

Such world-shattering books span the fields of science, philosophy, art, mathematics, economics, politics, history, and other areas like the social relations between the genders and the classes. Books by writers like Copernicus and Darwin can’t be matched for the effect they had on changing the world, apart from those by a few other giants like Newton, Galileo, the Old Testament writers, the author of the Koran, and Karl Marx.

But there are thousands more less revolutionary but still enormously influential books. Here are fifteen books that have had a profound influence on the way we see our world. Their authors wrote to express ideas that ended up changing the world. They did not know what the effect of their writing would be when they were writing but in each case, it had the most enormous dramatic effect.

With this in mind, here is our pick of the 20 best non-fiction books of all time:

A collection of the sayings and teachings of ancient Chinese philosophers.  Confucius is the dominating figure whose philosophies are reflected in this collection. It is thought that it was written by his followers. The collection is the central text of what we now call ‘Confucianism.’ Some examples of the sayings of Confucius are: “The scholar who cherishes the love of comfort is not fit to be deemed a scholar;” “Fine words and an insinuating appearance are seldom associated with true virtue;” and one of the early expressions of the golden rule, which are repeated by other great teachers like the Buddha and Jesus of Nazareth, “Respect yourself and others will respect you.”

This is just one of the many books Aristotle wrote on a wide range of subjects. It was chosen for this list because it’s basic to the living of human life. It’s based on notes from his lectures in the Lyceum. It sets out the proposition that ‘living well,’ a way of describing the concept of happiness, is the prime goal in human life.  It considers what the best way of living is and which human qualities are likely to produce happiness. One of the most influential ideas in this book is that one doesn’t have to take any action to do something unethical or criminal: omitting to do something can be just as unethical, for example, turning a blind eye to the wrongdoing of someone else. Ethics is something central to the functioning of a civilized society and Aristotle’s book is central to an understanding of the subject.

Plato was one of the most famous of the Athenian philosophers of the 4th century BCE. He founded the Academy, the first university in the Western world. His best-known book is The Republic, a political essay in which he described the just city state and the citizens’ relation to it. It is one of the most influential books regarding political theory.

The Confessions is the name of the collection of thirteen books that Saint Augustine wrote in about 400 AD. He wrote about his sinful youth and his conversion to Christianity. It is regarded as one of the first autobiographies. Probably the most famous thing he writes is when he was describing the pleasure he took in sex as a young man. He tells us he prayed: “Lord, make me chaste – but not yet!” It is a guide to the ‘good life.’

Martin Luther nailed his famous Ninety-five Theses on the church door at Wittenberg in 1517. In the following three years he clarified and defended them in numerous writings. The three treatises is the main work in doing that. That led to the Reformation, that set civilization on a new course.

This is the earliest and most influential book outlining the social contract theory.  It concerns the structure of society and government. It advocates rule by an absolute sovereign on the grounds that civil war can only be avoided by a strong undivided government. It is both a guide for dictators and a warning against them.

This is a four-volume treatise on human knowledge and understanding. According to Locke the human mind, at birth, is a blank sheet (tabula rasa) which is filled by experience as life progresses. It was hugely influential on later philosophers of the enlightenment, such as George Berkely and David Hume, and  is a source of empiricism in modern philosophy, as well as a huge influence on education.

8. Dictionary of the English Language by Samuel Johnson, 1755

One of the most influential books ever published in England, it appeared on 15th April 1755. Johnson did it entirely on his own, with only a few clerks to help him with the copying, etc. The booksellers who commissioned it paid him £1575. The Pullitzer prizewinning biographer, Walter Jackson Bate, wrote: “one of the greatest single achievements of scholarship, and probably the greatest ever performed by one individual who laboured under anything like the disadvantages in a comparable length of time”.  It is an almost complete catalogue of the English vocabulary.

9. An Inquiry into the Nature and Causes of the Wealth of Nations by Adam Smith, 1776

Usually known as The Wealth of Nations, it was first published in 1776. Smith described the economic building of a nation and the book remains a basic text in classical economics

A six-volume work, his is the most celebrated history book of all time. It is an account of Western civilization, which Gibbon traces from the Roman empire at its highest point of power to the fall of Byzantium to the Turks. It is vital to our understanding of how we came to be where we are as a western society

11. A Vindication of the Rights of Women by Mary Wollstonecraft, 1792

It’s a book that’s getting increasing attention in the 21st century, as women advance their causes more forcefully. A Vindication is the first feminist tract, and centuries before its time. Mary Wollstonecraft, mother of Frankenstein author, Mary Shelly, was an unusually well-educated woman (for her time) – and the first feminist.

This is the book in which philosopher, John Stuart Mill applied his ethical system of utilitarianism to society and state, emphasizing the importance of individualism, which leads to higher pleasures. The ideas presented here are still the basis of much political thought in societies around the world. It has never been out of print since its initial publication.

13. The Interpretation of Dreams by Sigmund Freud, 1899

14. The General Theory of Employment, Interest and Money by John Maynard Keynes, 1936

The English economist’s book signaled a profound shift in the way economists thought. It highlighted macroeconomics and became known as the “Keynesian Revolution.” It provided theoretical support for government spending, monetary intervention and budget deficits, creating a framework for modern national economies. The book made a significant contribution to the terminology of the practice of economics.

This is a seminal book in which the French existentialist philosopher outlines and discusses the treatment of women throughout history. It is regarded as the foundation work for the emergence of second-wave feminism and a source of information about the way women have been regarded down the centuries.

What do you think of this list of best non-fiction books ever – any you don’t agree with, or would add to the list? Let us know in the comments section below! 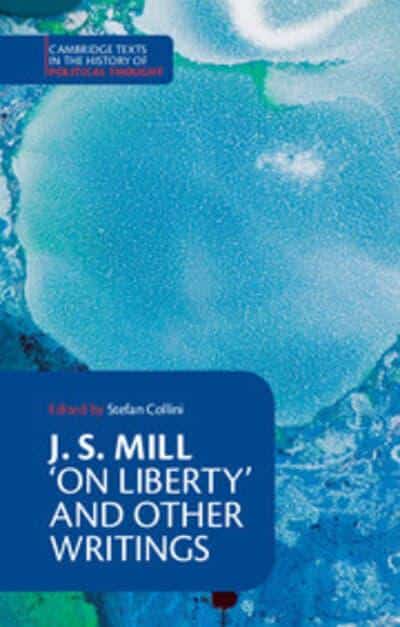 On Liberty by John Stewart Mill – one of the best non-fiction books of all time.