The Dream Of The Red Chamber: An Overview

You are here: Home1 / English Literature2 / The 20 Most Influential Works of Fiction3 / The Dream Of The Red Chamber: An Overview

The Dream of the Red Chamber is one of China’s greatest classical novels, written around the middle of the 18th century during the Qing Dynasty by Cao Xueqin. There is a whole scholarly field (Redology) devoted to the study of the novel.

It is a most complex work, a semi-autobiographical novel, focusing on the saga of the author’s own family, throwing light on the Qing Dynasty. It is notable for its extensive cast of characters and the huge canvas on which it’s painted. It provides detailed insight into the life and social structures of 18th century China. 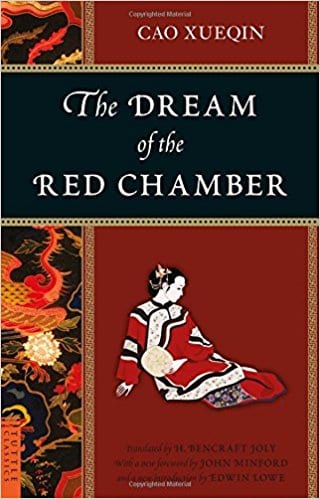 Cao portrays a wide range of Chinese cultural elements in the novel, including cuisine, tea culture, the different religions and philosophies that guide the Chinese opera, music, painting, literature and medicine. The text is particularly notable for its use of grand poetry.

Dream of the Red Chamber is populated by more than four hundred characters, forty of which can be regarded as main characters.

In the 1950s there was a great deal of interest in the novel, but in the late 50s Mao criticised its main advocate for his ‘bourgeois idealism’ in his studies of the novel. The novel was virtually suppressed during the cultural revolution but soon regained its status when that period came to an end and its influence can be seen in the style and themes of many modern Chinese prose works.

Dream of the Red Chamber has not yet had a huge influence in the West as, although there have been some attempts to translate it, doing so is a major challenge: Cao uses several levels of language, ranging from local dialects to literary language as well as several forms of classical poetry, most of which is lost in translation. It throws up every imaginable translation problem.